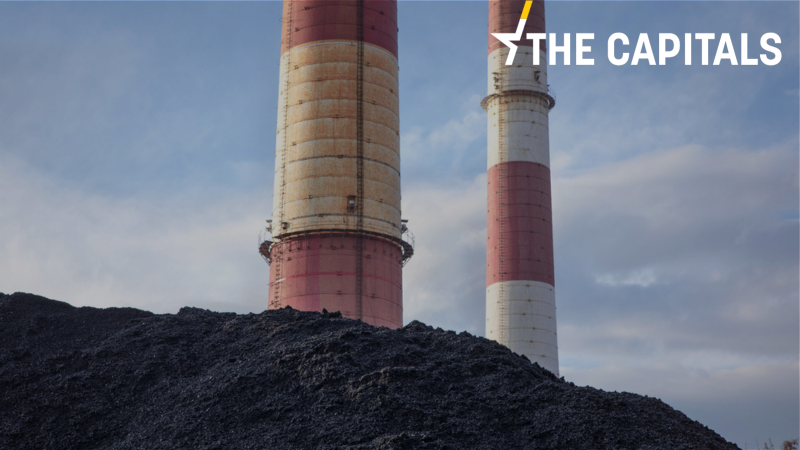 More than a month ago, Poland's ministry of state assets presented the draft of a social agreement, which was rejected by mining unions soon after. [Shutterstock/SaskiaAcht]

Before you start reading today’s edition of the Capitals, have a look at the article “Commission has no plans to look into COVID-19 vaccine patent options” by Magdalena Pistorius.

Also check out the video “Re-open hospitality to back economy’s comeback“, which focuses on the hospitality sector’s efforts to re-open in a sustainable manner.

Portuguese minister: Fiscal discipline suspension should continue due to second wave. Portugal’s finance minister said on Monday (25 January) that stimulus measures to support the European economy must be maintained until the COVID-19 pandemic “loses momentum”. Read the full story here.

German government, businesses come forward in support of Nord Stream 2. The German government said it will not abandon the Nord Stream 2 project, despite US sanctions and calls by the European Parliament to impose EU measures against the Russian-backed gas pipeline project over the Navalny case. Read the full story.

Far-right AfD loses party members for the first time in five years. Membership in the far-right Alternative for Germany (AfD) party has declined for the first time since 2015. The losses are partly linked to it kicking out members who did not pay their dues, according to an AfD spokesperson, calling the move the “first real shakeout” undertaken by the party since its founding in 2013.

However, experts are also pointing to other factors, such as the expulsion of Andreas Kalbitz, a Brandenburg politician and the leader of the most extreme part of the party known as ‘the Wing,’ as well as the recent announcement of likely investigations by domestic intelligence services against the party. (Sarah Lawton | EURACTIV.de)

Macron urges foreign companies to invest in France. “We are a leader in Europe in everything related to foreign investment. (…) Our structural reforms are also bearing fruit,” French President Emmanuel Macron told the opening session of the Choose France video-conference meeting on Monday which brought together 100 CEOs of major foreign groups, adding that “the corporate tax will be reduced to 25%.” Read more.

EU Commission: Belgium will need to justify non-essential travel ban. Countries like Belgium, who went beyond the EU recommendations in terms of sanitary restrictions on free movement must provide “a very clear explanation of the proportional, necessary and non-discriminatory nature” of their measures, EU Justice Commissioner Didier Reynders said on Monday. Read more.

Austrian government to extend lockdown measures next week. Next Monday will see the adoption of the decision to extend the current lockdown when it ends on 8 February, Norbert Hofer, head of the right-wing FPÖ, announced following a video call between opposition parties, the government, and experts. However, while the liberal NEOS criticised the fact parliament was not sufficiently involved in the process, the social democrats did not wish to comment. (Philipp Grüll | EURACTIV.de)

EU-UK embassy row to be resolved despite ‘unfriendly signal’. The EU’s chief diplomat, Josep Borrell, insisted on Monday that the EU and UK would resolve a diplomatic row over the status of the bloc’s ambassador to London, though he warned that the UK’s intransigence was “not a friendly signal”. Read more.

EU recovery funds may have detrimental effect on Finnish economy. The EU’s €750 billion Recovery and Resilience Facility (RRF) may not boost Finland’s economy or exports the way it was sold to the general public, a new academic survey states. Read more.

Europe’s longest land border closed. Sweden has issued an entry ban for residents of Norway as of Monday due to the high number of COVID-19 infections with the British variant in the Norwegian capital Oslo and the surrounding area after Norway had closed its borders to neighbouring Sweden. This is the first time since the Second World War that the longest land border in Europe, which spans across more than 1,600 kilometres, has been closed. (Alexandra Brzozowski | EURACTIV.com)

The decision would force Italian athletes to compete as independents at the upcoming Tokyo Olympics and prevent them from wearing their national team uniforms and from hearing their national anthem being played. The decision would also have serious repercussions on the organisation of the 2026 Winter Olympics set to take place in Milan and Cortina.

Italy’s Conte to announce resignation. Italian Prime Minister Giuseppe Conte will announce his resignation Tuesday morning during a Council of Ministers meeting and later formalise the decision with President Sergio Mattarella, according to a short statement published by the government on Monday.

The announcement was expected given the difficulties encountered by the government in finding a new majority in parliament following the departure on 13 January of former Prime Minister Matteo Renzi’s party, Italia Viva. This week, the government was expected to face the Senate vote on the justice minister’s annual report, with a large risk of defeat.

According to Italian analysts, the most likely scenario is a “controlled crisis”: Conte should receive a new mandate from the president to try to form his third government with other MPs in a new majority. (Daniele Lettig | EURACTIV.it)

Rebelo de Sousa re-elected president. The conservative Marcelo Rebelo de Sousa was re-elected as President of Portugal in Sunday’s elections with 60.70% of the votes, according to the provisional results obtained in all 3,092 parishes. Next came Ana Gomes – a member of the governing Socialist Party but who was not backed by the socialist government – with 12.97%, followed by André Ventura, leader of the right-populist Chega party, with 11.90%.

Voter turnout on Sunday was the lowest ever in elections for the country’s head of state. According to provisional results, the abstention rate increased by 5.96 percentage points and reached 60.5% despite automatic registration for Portuguese nationals living abroad.(Lusa.pt)

In other news, Portugal will start the vaccination of key government officials next week, Health Minister Marta Temido confirmed on Monday after meeting with the taskforce charged with coordinating the national vaccination programme. Read more.

Greece expects tangible steps of progress from Ankara. The first round of informal non-binding exploratory talks between Greece and Turkey lasted for three and a half hours in Istanbul. Although little information was released following the meeting, both sides decided to renew their discussion with the next round of exploratory talks in Athens. Read more.

Navalny protest banned in Budapest. Russians and opposition sympathisers in Budapest were not allowed to show their solidarity with protestors in Russia, despite several similar protest taking place in capitals across Europe, including in Prague, another Visegrád 4 capital, 444 reported.

Russian student Daria Serova was told by the authorities that she could not organise a protest due to COVID-19 restrictions when she tried to inform the authorities of her intention to organise a demonstration in front of the Russian embassy on Saturday. However, when she and seven others still showed up, they were greeted by policemen who asked them to disperse. When Serova asked if she could stand alone, the authorities told her it was also prohibited.

Meanwhile, the ruling Fidesz party’s political foundation, the Foundation for a Civic Hungary acquired a 506 m2 office space in the middle of the European quarter in Brussels in front of the European Commission’s main building by buying a Belgian company for €2,274 million in September, hvg.hu reported.

According to Radio Free Europe, SZMPA’s budget for 2019 was approximately €4 million. The world’s 10th biggest think tank, the European People’s Party-affiliated Wilfried Martens Center, has an office of 780 m2, with an annual budget of around €7 million, of which nearly €6 million is financed by the European Parliament. (Vlagyiszlav Makszimov | EURACTIV.com)

Kindergartens and the first three grades of primary school in Slovenia will open as planned on Tuesday despite additional confirmation that the highly virulent UK variant of coronavirus has been present in Slovenia since the start of the month. (Željko Trkanjec | EURACTIV.hr)

Western Balkan solidarity to tackle air pollution problem. Air pollution is a problem shared across the Western Balkans for which regional solidarity is needed so that people can exercise their “right to breathe,” the executive director of the European Fund for the Balkans, Aleksandra Tomanić, told BETA in an interview on Monday at the launch of “The Balkans United for Clean Air” campaign. Read more.

Bihać citizens oppose the return of migrants. The Council of Europe’s Special Representative on Migration and Refugees, Drahoslav Štefanek, tried on Monday to convince local authorities and citizens in Bihać of the need to reopen the former migrant camp but received no support. Bihać activist and former city councillor Sej Ramić said Štefanek “tried to convince us that it would be temporary accommodation for migrants. We already know what temporary means.” If necessary, the city’s citizens would organise and physically prevent any attempts to return migrants to Bira.

Štefanek tried to encourage the reopening of the Bira camp, which the authorities had decided to close down in September 2020, claiming that its citizens did not feel safe due to the presence of a large number of illegal migrants. (Željko Trkanjec | EURACTIV.hr)

First negative natural population growth in history.  Albania has for the first time in history registered negative natural population growth due to the COVID-19 pandemic and a declining fertility trend. Compared to 2019, the number of deaths increased by 28% last year as more than 28,000 people died. When it comes to births, Albania recorded 27,600 in 2020 – 0.2% less than in 2019. The fertility rate lies at around 1.35 babies per woman, one of the lowest figures in Europe. (Željko Trkanjec | EURACTIV.hr)

Pristina, Belgrade need to move past technicalities, says new report. “Thirteen years after Kosovo broke away from Serbia, the two countries remain mired in mutual non-recognition, with deleterious effects on both. The parties need to move past technicalities to tackle the main issues at stake: Pristina’s independence and Belgrade’s influence over Kosovo’s Serbian minority,” read one of the main conclusions of the International Crisis Group’s new report regarding the Serbia-Kosovo dispute.

In its report, the group revived the idea of border modifications: “Despite strong opposition from within the EU, proponents have for years argued that a territorial exchange could be the key to unlocking the Kosovo-Serbia dispute,” the report says. “Serbia privately floated a similar idea in 2010, and as noted [then Kosovo president Hashim] Thaçi and Vucic revisited it in 2018,” it added. However, such an idea could be very dangerous as it could open Pandora’s box to have ‘border corrections’ in the Balkans – something which almost always ended in war. (Željko Trkanjec | EURACTIV.hr)