Krystyna Pawlowicz, a Polish MP from the ruling Eurosceptic PiS party, has written a letter to Jean-Claude Juncker, accusing him of “alcohol dependency”.

She also called “distasteful” the fact that Juncker apparently took a nap in the Vatican during the celebration of the EU’s 60th anniversary. 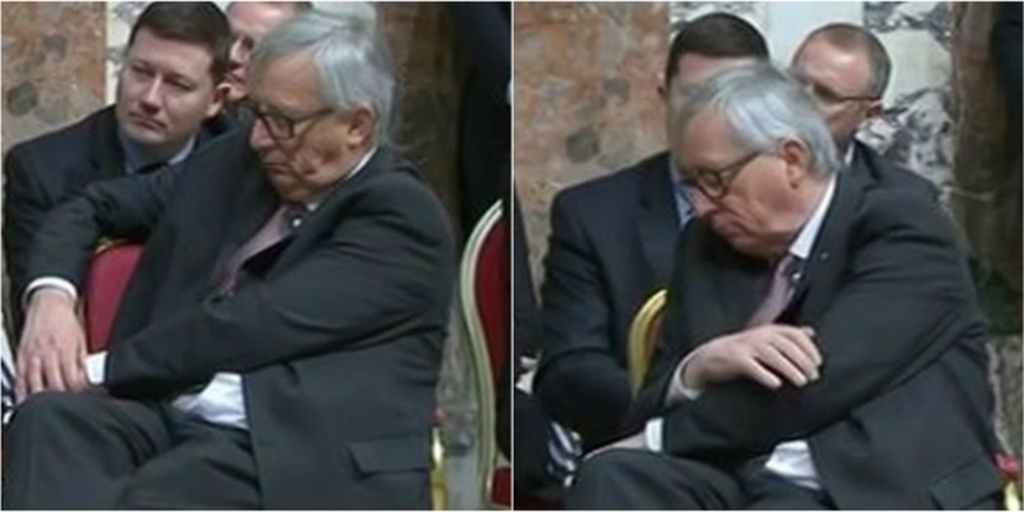 Pawlowicz, a deputy in the lower chamber of the Polish parliament, published her letter, signed 26 March, on Facebook.

Pawlowicz claims that Juncker’s “alcohol dependency” had become a “problem of the entire European community”, and that it was “unacceptable in the light of the universal cultural norms”.

The MP claims that the Commission president’s behaviour “discredits the citizens of the EU member states” and “offends them”.

“Therefore, I ask you to take a moment to reflect upon the recent events and to change the way in which you exercise your duties,” she writes.

Photos of Juncker apparently falling asleep in the Vatican were published in the Polish press, which also criticised the Commission President for hugging Pope Francis too hard.

Asked today (30 March) to comment on the Polish MP’s letter, Commission Spokesperson Alexandre Winterstein said he was not aware of it.

The conflict intensified when Council President Donald Tusk, a former Polish premier from the pro-European Civic Platform (PO) was re-elected, against the wishes of Warsaw.

Poland was one of the countries behind a push for Juncker’s resignation following the Brexit referendum.

The attack on Juncker may appear unfair, as the health of the former Luxembourg prime minister could also be part of the explanation. Although Juncker’s taste for alcohol is widely known, what may appear as drunkenness could also be the consequence of medicine.

Polish nationals with whom euractiv.com spoke said that when it comes to manners, Pawlowicz is not exactly the right person to criticise Juncker.

In Poland, the lawmaker is known for having eaten salad inside the plenary hall of the Polish parliament, illustrated by dozens of photos in on the Internet.