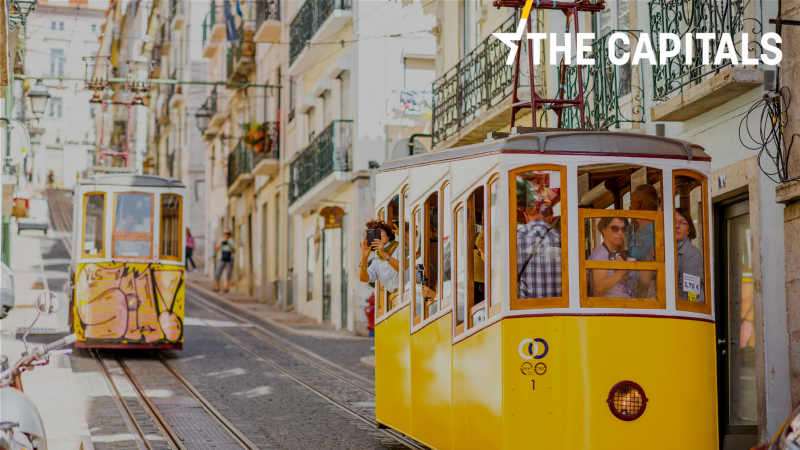 For Portugal, the ‘golden’ residence visa scheme for foreigners has raised €742 million in 2019 alone. [Shutterstock]

Before you start reading today’s edition of the Capitals, we invite you to read the story “Czech government to sue Commission over PM’s alleged conflict of interest” written by EURACTIV Czech Republic’s Aneta Zachová.

Also, feel free to have a look at the article “Senior MEP: New Commission structured to hinder parliamentary scrutiny” written by Beatriz Rios.

LISBON. The Portuguese parliament approved on Wednesday (5 February) a measure limiting the issuance of the so-called ‘golden visas’ for real estate investments made across the coastline, including in Lisbon and Porto. This means real estate investments will only qualify under the scheme for inland municipalities, as well as autonomous regions of the Azores and Madeira.

The measure aims to promote investment in low-density regions and to relieve the real estate market’s pressure of areas such as Lisbon and Porto (the two largest Portuguese cities).

Lusa.pt’s Denise Fernandes and Lucília Tiago have a closer look at the new measure.

The vote ended the state’s planned minority coalition of Die Linke, the Greens, and Social Democrats (SPD). This is the first time in Germany’s post-war history that a head of government has been elected with votes from the far-right. EURACTIV Germany’s Sarah Lawton digs deeper.

Paris relaxes (a bit) on enlargement. After France blocked the opening of accession talks for Albania and North Macedonia, asking for more reforms in both countries and for the accession process to be strengthened in October, the French government has now welcomed, with caution, Brussels’ proposals on the EU enlargement process.

“The Commission proposal is a major step forward. It is positive, but there is no automaticity” said Amélie de Montchalin, French Secretary of State for the European Union. France also said that it should be approved “without being misrepresented” to agree to open negotiations with Albania and Northern Macedonia. “We must have an agreement from the 27 EU members on this new proposal without it being denatured”, she explained.

No climate money for Flanders? While 0.9% (€68 million) of the EU’s Just Transition Fund is designated for Belgium, the European Commission’s criteria for the fund is threatening to turn into a “financial hangover” for Flanders, Flemish Environment Minister Zuhal Demir (N-VA) warned in the Belgian parliament’s Environment Committee, a claim that threatens to deepen the debate about regional disparities in Belgium. Alexandra Brzozowski has more detail.

Kurz pleased with current EU budget negotiations. After Chancellor Sebastian Kurz reiterated his staunch opposition to the European Commission’s current budget proposal to raise member states’ contributions to 1.1% of their GDP, reminding EU leaders of Austria’s unwillingness to pay more than 1% at a press conference with German counterpart Angela Merkel just a few days ago, yesterday (5 February), he seemed happier with the way negotiations were going.

After a meeting with Charles Michel, the Austrian leader claimed to be “really satisfied with the negotiations at the moment”, as he expressed hope that the proposal would be updated and that it would serve as a “good negotiation basis” for the special EU-budget-summit on the 20 February. (Philipp Grüll | EURACTIV.de)

Also read: “Austria and Germany: A harmonious couple, at odds on EU issues“.

A graveyard for used cars. While many cities in Europe are finding new ways to improve air quality by implementing air quality control methods and measures, Finland is becoming a graveyard for used and heavy-polluting cars banned elsewhere. Last year, it was estimated that almost 50,000 old vehicles were imported to the country, compared to 40,000 in 2018 and 30,000 in 2017. And with this trend showing no signs of weakening for 2020, it will surely make a dent in the country’s climate targets. EURACTIV’s Pekka Vänttinen has more.

Green issues sidelined. The challenges brought on by climate change have not been sufficiently addressed by main parties during the Irish general election campaign, the leader of the Greens, Eamon Ryan said yesterday. He added that Green issues had been for the most part framed negatively and that the future benefits of embarking on climate change initiatives have not been communicated enough. When pressed as to whether his party were to blame for this, Ryan shrugged off the suggestion and said that his party would do well and may win up to 15 seats.

Elsewhere, currently lagging behind in the polls, Fine Gael leader Leo Varadkar spoke about his party’s work on gender and social equality at an event in Dublin yesterday, while Fianna Fáil leader Micheál Martin spent some time canvassing in Cork. Sinn Féin leader Mary Lou McDonald, meanwhile, took the time to campaign in the capital, including her own Dublin Central constituency. (Samuel Stolton | EURACTIV.com)

Anti-Amazon cap for book discounts. The Italian Senate has given the go-ahead for a new national action plan to promote reading. The law includes a rise in tax credit for bookstores, the setting of the annual Italian Capital of Book and a 5% cap to discount applicable to book sales, which is intended to curb digital platforms such as Amazon.

Gentiloni in Athens. European Commissioner Paolo Gentiloni arrives today in Athens for a two-day visit to discuss economic and fiscal policy coordination in a series of meetings with almost all key government officials. The Commissioner will also address the parliament and inaugurate the European info-hub “This Is Europe” in central Athens, followed by a speech at the Athens Chamber of Commerce and Industry on the European Green Deal.

In other news, the leftist main opposition SYRIZA party tabled a draft law proposal to raise the country’s minimum wage before parliament on Wednesday.

Poland will hold its first round of presidential elections on 10 May with a second-round possibly taking place on 24 May. While the parties with representatives in parliament have already announced their candidates, incumbent President Andrezej Duda has not yet formally submitted his application for re-election, as his spokesman told broadcaster Polskie Radio that “this time will come”. EURACTIV Poland’s Mateusz Kucharczyk looks into the profiles of some of the candidates. Read more

Czechia gives up 2% NATO pledge. “Increasing defence expenses to 2% [of the country’s] GDP is not a smart move in our current situation,” Interior Minister Jan Hamáček of the Social Democrats told daily Lidové noviny. The minister added that the money was better served in other areas, noting that spending 1.4% of the country’s GDP on the military seemed more realistic. PM Andrej Babiš is not keen on fulfilling the 2% NATO pledge either, despite having sung a different tune when he met with US President  Donald Trump at the White House last year. (Ondřej Plevák | EURACTIV.cz)

Hospitals shut doors to visitors amid influenza outbreak. The number of patients turning to medical professionals with flu symptoms has increased by 72% compared to last week. As a result, visitors have been partially or completely banned from visiting 38 hospitals across the country. (Vlagyiszlav Makszimov | EURACTIV.com)

Judge banned from the US for “serious corruption”. After Specialised Criminal Court Judge Andon Mitalov was said to be involved in letting Nikolai Malinov, who had been accused of spying for Russia, travel to Moscow, US Secretary of State Mike Pompeo outed the judge for participating in “serious corruption”. Mitalov and his family are now forbidden to travel to the US. EURACTIV Bulgaria’s Krassen Nikolov has more.

In other news, as 2% of Bulgaria use peer-to-peer bookings for transport services, the country ranks among the EU’s bottom-three, according to Eurostat data. When it comes to booking accommodation from other individuals, around 9% of Bulgarian used websites or apps. (dnevnik.bg)

Romanian government collapses after three months in office. Romania’s parliament ousted the centre-right government formed by PNL (EPP) on Wednesday (5 February) with 261 votes, comfortably more than the 233 needed, after socialist party PSD and Hungarian minority party UDMR launched a no-confidence vote following the government’s plan to reform legislation on mayoral elections. The government was only three months in office following a no-confidence vote in October last year, which led to the toppling of the PSD government. EURACTIV Romania’s Bogdan Neagu looks into what’s in store for Romania’s new political crisis.

Slovenia welcomes proposal for EU enlargement reform. Slovenia welcomes the European Commission’s proposal to change the enlargement process, the Slovenian foreign ministry announced. It stressed that the upgrading process should take place in parallel with the earliest possible decision-making on the opening of negotiations with Northern Macedonia and Albania. (Željko Trkanjec | EURACTIV.hr)

New EU enlargement methodology to open negotiations with North Macedonia and Albania. The Croatian government is confident that the new EU enlargement methodology proposed by the European Commission will allow the European Council to rectify last year’s decision and open negotiations with North Macedonia and Albania. ‘’This is a good step in the further evolution of the negotiation process, which takes into account, equally, the interest of all parties, candidate countries and members of the European Union’’, the government stated.

In other news, the National Council of ruling Croatian democratic party’ (HDZ) announced that inter-party elections will be called on 7 February, after which the procedure for electing the president, deputy and four vice-president of the party will begin. Elections for the new HDZ leadership will be held on 15 March.

To be up-to-date on Croatian politics, read more: here.

Crime and corruption the greatest obstacle on Montenegro’s path to the EU.  Two-thirds of Montenegro’s citizens (66.4%) support the idea of the country joining the EU, while 26.7% are opposed to it, according to a survey conducted for the EU Delegation in Montenegro. EURACTIV Croatia’s Željko Trkanjec has more.

Putin says Russia is helping stability in the Balkans. “Russia is doing a lot to keep the situation in the Balkans stable and secure. We are committed to ensuring that Belgrade and Priština reach a sustainable and mutually acceptable solution to the Kosovo problem based on UN Security Council Resolution 1244,” Putin told ambassadors at the Kremlin credentials presentation ceremony. (Željko Trkanjec | EURACTIV.hr)