Portugal expects EU budget rules to be suspended until 2022 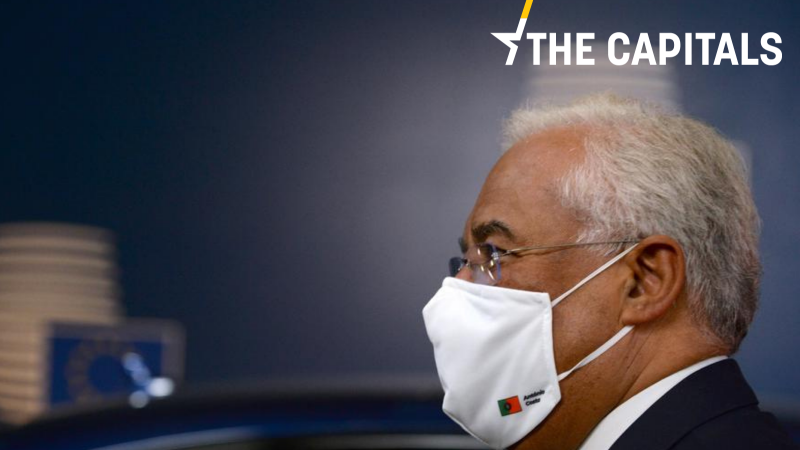 Before you start reading today’s edition of the Capitals, feel free to have a look at the our EU summit coverage EU leaders unblock Belarus sanctions, issue ‘carrot and stick’ warning to Turkey written by Alexandra Brzozowski.

Commissioner hearings. European Commission Vice-President Valdis Dombrovskis and Commissioner-designate Mairead McGuinness will face their European Parliament hearings this Friday (2 October), with MEPs set to decide on their nominations in plenary the following week.

Portuguese Prime Minister António Costa told reporters on Thursday (1 October) he had spoke to Commissioner Margrethe Vestager “about the need to extend the flexibility on state aid rules, which expires at the end of this year”. “It is clear that by the end of 2021, we will have the economy still heavily constrained by this crisis, and that this deadline must therefore be extended,” Costa said.

However, the case of Romania shows that the application of the general escape clause of the Stability and Growth Pact (SGP) could prove to be tricky.

An EU official told EURACTIV that the EU’s executive would take the activation of the general escape clause fully into account in its assessment of whether Romania has taken effective action in autumn. Read more.

85% of them agreed that this was going in the right direction in comparison to the 13% that believed it was going too far. 78% also think that there should be more coordination among Germany’s federal states, and 63% want to see the mask-wearing requirement extended to busy public streets. (Sarah Lawton | EURACTIV.de)

Chancellor Kurz reaffirms tough stance on Turkey. It is “necessary” that the EU does not “look away”, but “reacts clearly” with regard to the situation in the Mediterranean, said Austrian Chancellor Sebastian Kurz ahead of a special summit on Thursday (1 October) afternoon. Austria’s PM called for the enforcement of sanctions against Turkey’s “drillings which are in breach of international law”, and for EU accession talks to be aborted, a position that Austria has been holding for a while now. (Philipp Grüll | EURACTIV.de)

Saving the Baltic Sea. The eight EU member states around the Baltic Sea have signed a ministerial declaration to protect and clean their joint marine environment, aimed at reaching tangible commitments in accordance with the European Green Deal and its Biodiversity Strategy and Zero Pollution ambition scheme published in May this year. Read more.

Calls on MP for COVID-19 resignation. A Scottish National Party MP is facing calls to stand down from the UK parliament after admitting that she had travelled on public transport from Scotland to Westminster despite suffering COVID-19 symptoms and testing positive. Read more.

In other news, the number of countries in the UK’s ‘travel corridor’, under which travellers are not required to self-isolate has reduced to just six countries – Sweden, Germany (apart from passengers arriving from Wales and Northern Ireland), Italy, Greece, San Marino, Gibraltar – after Poland and Turkey were removed from the exemption list because of increased COVID-19 rates. (Benjamin Fox, EURACTIV.com)

Ryanair to shut some domestic bases unless Ireland loosens travel curbs. Irish airline Ryanair will close its bases at Shannon and Cork for the winter season if the government fails to fully adopt EU travel rules due to be finalised this month, the carrier said on Thursday (1 October).

Prime Minister Micheal Martin has said Dublin plans to replace its current system of travel quarantines that allows unencumbered travel to just four countries with the EU’s proposed coordinated system when it is ready. (EURACTIV.com)

The capital and its outlying region have once again become the focal point of the pandemic in Spain with a two-week coronavirus incidence rate of 784 cases per 100,000 inhabitants, more than double the national average. Read more.

Costa acknowledged that Portugal’s EU Presidency will be problematic from its first day. This would be especially true if there is no post-Brexit trade deal with the UK. “But I hope that a country like the UK will not fail to set an example of what should be the normal relationship in global societies, which is respect for the rule of law, for treaty rules and for the fundamental principle that treaties are meant to be fulfilled,” he added. (Ana Matos Neves and Ivone Gravato, Lusa.pt)

Satisfaction in Athens and Nicosia. A very difficult negotiation took place, however, that the final text of the summit on Turkey is better for the positions of Greece and Cyprus than the one that was originally proposed, Greek government sources have said after the EU summit discussions on the matter.

Athens is satisfied with the fact that there is an indirect reference to sanctions while simultaneously is pleased that it was specified that Greece-Turkey exploratory talks will only be on the Exclusive Economic Zones and not on other matters pushed forward by Ankara. (Sarantis Michalopoulos, EURACTIV.com)

Backing for Belarus society. Support for civil society in Belarus should be among the priorities of EU foreign policy, according to the Czech and Polish foreign ministers, Tomas Petricek and Zbigniew Rau, who held talks in Prague on Thursday (1 October) ahead of a crucial EU summit on Belarus sanctions, where Poland presented an economic support plan prepared by the Visegrad Group. Read more.

Cyprus ahead of Belarus. Slovakia is ready to support sanctions against Belarus and Turkey, Prime Minister Igor Matovič told Slovak lawmakers before heading to Brussels. He said he would back Cyprus in their request to deal with Turkey’s actions in the Eastern Mediterranean first and then shift the attention towards Belarus.

“This is fair. Greece and Cyprus are member countries and we should not abandon them if we want to address developments in non-member countries,” Matovič insisted. (Zuzana Gabrižová | EURACTIV.sk)

Support for Azerbaijan. Hungary, who has previously caused controversy over its relations with Azerbaijan, on Thursday (1 October) announced its backing for Baku, on the eve of an EU summit meant to deal with the escalating situation in Nagorno-Karabakh. Read more.

Read also: Orbán: If rule of law debate stalls, we can bypass EU framework for financing

US will try and ‘dump’ F-16s on Croatia. US Secretary of State Mike Pompeo, who has already visited Greece, Italy and the Vatican as part of his European tour, is stopping in Dubrovnik on Friday (2 October), but will not be meeting with Croatia’s president, who ahead of the visit complained about US plans “to try and dump American planes” on Croatia. Read more.

MEPs adopt draft resolution on corruption in Bulgaria. The Civil Liberties Committee of the European Parliament approved a draft resolution on the “significant deterioration of respect for the principles of rule of law, democracy and fundamental rights, including the independence of the judiciary, separation of powers, the fight against corruption and freedom of the media” in Bulgaria. Meanwhile, Thursday (1 October) marked the 85th day of protests against the government and the general prosecutor. (Krassen Nikolov | EURACTIV.bg)

BUCHAREST
Hospitals finance COVID-related projects with EU funds. Almost 300 projects were submitted by Romanian hospitals in a call for fitting medical units with medical equipment for increasing the capacity to manage the coronavirus health crisis. The scheme was launched in May, with an initial budget of €350 million, but the 297 projects filed by end-September requested a total investment of more than €1.27 billion. According to the Ministry of European Funds, the first 54 applications, worth €163 million, have already been approved. (Bogdan Neagu, EUARCTIV.ro)

Serbia’s GDP expected to drop 3.5% in 2020. Serbia could see a 3.5% drop in its GDP in 2020, followed by an 3% increase in 2021, the European Bank for Reconstruction and Development (EBRD) said in its latest forecast on the effects of the pandemic on the region, a statement published on Thursday (1 October) wrote. Read more.

In other news, the EU was still working with Serbia on the three-year sector budget support project, worth €80 million, the chief of the EU Delegation in Serbia, Sem Fabrizi told BETA News Agency on Thursday (1 October), stressing that support would continue. The aim is to improve the sector so it can become more efficient, transparent and accessible to the people and businesses, Fabrizi added. Read more.

Montenegro’s ‘Euro-Atlantic’ course. The United States applauded Montenegro for showing democratic maturity while holding peaceful and participatory parliamentary elections on 30 August during the COVID-19 pandemic, a US embassy statement wrote.

“The US government welcomes the pledges from various political leaders to keep Montenegro on a Euro-Atlantic course, maintain key elements of Montenegro’s foreign policy, and prioritise the reforms needed to speed EU accession. It is our firm belief that a Montenegro fully integrated into Western institutions will lead to greater prosperity and a brighter future for all citizens of Montenegro”, the embassy announced. (Željko Trkanjec | EURACTIV.hr)