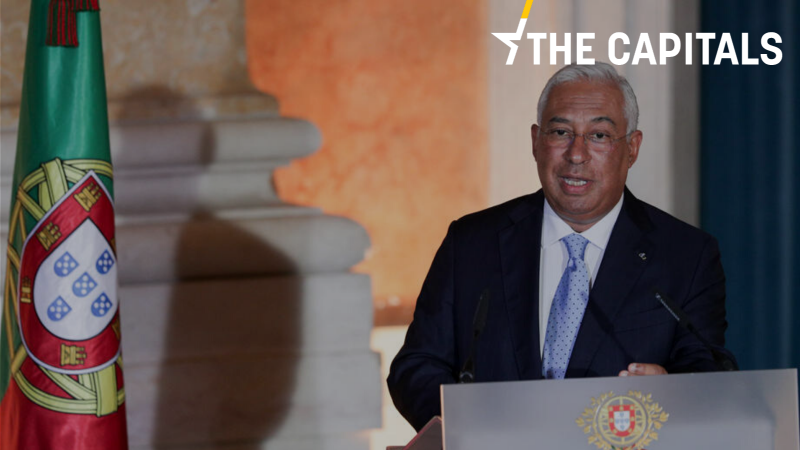 Before you start reading today’s edition of the Capitals, we invite you to read the story “Athens smarting after exclusion from German-hosted Libya conference” written by EURACTIV’s Network Editor Sarantis Michalopoulos.

A need to attract immigrants. Although the number of foreign nationals living in Portugal last year exceeded the 500,000-mark for the first time in the country’s history, this has not been enough to fill the population gap, as the country remains one of the ten EU member states with fewer than 5% foreign residents and has seen its overall population decrease since 2010. As a response, the socialist government wants to attract more migrants to mitigate the country’s relatively low birth-rate and ageing population. (Célia Paulo | www.lusa.pt )

Still growing, but slowly. The German economy grew by 0.6% in 2019, the slowest rate in six years, the country’s Federal Statistical Office reported on Wednesday (15 January). These numbers are partly fuelled by a decline of German exports which have fallen victim to the US/China trade war, causing the automotive industry to suffer most in part due to decreasing demand and a move towards electric vehicles.

But is this slow growth all that bad? EURACTIV Germany‘s Sarah Lawton lists some of the positives. Also, see what German Economy Minister Peter Altmaier had to say in October 2019 about the country’s growth in an interview with EURACTIV Croatia.

Conservatives violated campaign financing laws. Chancellor Sebastian Kurz’s conservative ÖVP win in the 2017 election will now cost the party a €800,000 fine.And it turns out the ÖVP has other fines to pay too. EURACTIV Germany’s Philipp Grüll digs deeper.

More secure IDs. The new Belgian eID, launched this week in Lokeren, will be the first in the world to have an advanced type of protection against identity fraud. It will be equipped with the document holder’s fingerprints and a perforated picture, which is meant to be more difficult to duplicate. According to plans presented by Interior Minister Pieter De Crem, everyone is expected to have such a new document within the next four years. (Alexandra Brzozowski | EURACTIV.com)

Finnish MP arrested in Israel. With the Parliament still enjoying its Christmas break MP’s have a chance to meet their voters. Or infiltrate the Gaza Strip. The latter was the choice of Anna Kontula, a Finnish MP representing the Left Alliance. On Monday, she was arrested and kept in custody for ten hours in Israel together with a group of pro-Palestinian activists.

The British CAP. The law that will shape UK agriculture after Brexit will hit the House of Commons on Thursday (16 January). The bill plans to keep paying farming subsidies at the same rate as the current EU Common Agricultural Policy for at least seven years but will instead pay farmers according to ‘goals’ agreed with regulators such as ‘public goods’ including clean water, clean air, healthy soils and habitats for wildlife.

However, missing from the bill is a promise to avoid striking trade deals that could lead to the import of food produced to lower standards than those to which British farmers must adhere – a concern of farmers who fear that a UK-US trade deal could lead to an influx of American foodstuffs. (Benjamin Fox, EURACTIV.com)

And for more background, read here.

‘Fake news’ on food labels. A group of MEPs have spoken out against a fake news campaign by Italian politicians and stakeholders about the nutrition label known as Nutri-score. Read more

According to Senate Speaker Tomasz Grodzki, the Council of Europe’s Venice Commission report that concerns the country’s judicial reforms by the ruling Law and Justice (PiS) party should be unveiled on Thursday (16 January).

But what can we expect from it? EURACTIV Poland’s Łukasz Gadzała explores.

Read also the story “European Parliament calls on member states to act on Poland and Hungary” written by Alexandra Brzozowski.

Refusing to ratify the Istanbul Convention, again. The government adopted a resolution asking President Zuzana Čaputová to notify the Council of Europe that Slovakia will not proceed with the ratification of the Istanbul Convention on preventing and combating violence against women. The same message will also have to be conveyed by ministers to the EU institutions. This step follows one of the Slovak parliament’s earlier resolutions. (Zuzana Gabrižová | EURACTIV.sk)

MEPs look into Czech PM’s conflict of interest case. MEPs at Wednesday’s European Parliament plenary session discussed reopening the case against Czech PM Andrej Babiš (ANO) for his potential misuse of EU subsidies. While Czech MEPs from Babiš’s party defended him by arguing the debate should only be held at the national level and for the Czech authorities to decide, others disagreed, saying EU taxpayers’ money were on the line. Some MEPs mentioned the need for a better mechanism to control the distribution of EU funds. (Ondřej Plevák | EURACTIV.cz)

For background information, have a look at “Czech taxpayers should return EU subsidies due to PM’s business conflict“.

Fidesz-EPP spat continues. “We don’t need a lesson from Manfred Weber on democracy. In Hungary, we don’t lecture somebody for having an opinion. Has this become a practice in the EPP?” wrote Family Minister Katalin Novák in a social media post in response to the EPP leader’s interview with Euronews on Tuesday (14 January).

At last week’s press conference, Hungary’s right-wing leader Viktor Orbán called for a renewal of EPP or else he would be out the door. “We are interested in the future EPP” but will leave the political family if it “is unable to change,” Orbán told journalists. It may be time for a divorce.

In other news, the UAE has banned all species of domestic and wild live birds from Hungary and Slovakia based on a notification from the World Organisation for Animal Health (OIE) of the outbreak of a highly pathogenic strain of bird flu, H5N2. (Željko Trkanjec | EURACTIV.hr; Vlagyiszlav Makszimov | EURACTIV.com)

Government ‘slept’ on the Just Transition Fund. Bulgarian MEP Radan Kanev (EPP, Democratic Bulgaria) has criticised the Bulgarian government for not being more involved in discussions regarding the 100-billion euro Just Transition Fund from which the main beneficent countries will be Poland, Germany, Romania and the Czech Republic.

EURACTIV Bulgaria’s Krassen Nikolov has more details about Bulgaria’s lack of strategy for the energy transition.

Coalition battles. Karl Erjavec, Slovenia’s defence minister and president of the Democratic Party of Pensioners (DeSUS-RE), said that “Prime Minister Marjan Šarec (LMŠ-RE) has been wanting to break DeSUS for some time”. Yet, Erjavec’s words were simply echoing what many others have been saying behind the scenes: that Šarec is planning to weaken the coalition’s other liberal parties, including SMC, DeSUS and SAB, to form one big liberal party. And if Erjavec loses to Aleksandra Pivec in the party’s presidential elections on Sunday, though that appears unlikely, DeSUS could even break down. (Željko Trkanjec | EURACTIV.hr)

Grilling PM Plenković. The first session in the Croatian parliament after a one month break was another showroom of accusation between the Social-democratic party (SDP) and Croatian democratic party (HDZ). While PM Andrej Plenković was praised during the plenary session in Strasbourg, at home, he was ‘grilled’ by opposition MPs who asked questions about crime, corruption and emigration. They have also called him to resign.

EURACTIV Croatia‘s Karla Juničić looks into why the PM could be forced to stand down.

More on this story in last week’s edition (6 January) of the Capitals.

Borrell on the phone line. EU High Representative Josep Borrell spoke on the phone with Serbian President Aleksandar Vučić and Kosovo President Hashim Thaçi about the latest developments in both countries, noting the importance of working towards a resumption of the Belgrade-Priština talks. Borrell reiterated his intention to travel to both capitals in the coming weeks. (EURACTIV.rs)

Projects worth €71 million to fund pre-accession assistance. The Delegation of the EU to Bosnia and Herzegovina has started contracting projects in the agriculture, energy efficiency and justice sectors as part of a financial package worth €71 million after the BiH authorities signed the Instrument for Pre-Accession Assistance (IPA 2018) in December last year. This follows the annual IPA programmes that covered the 2013-2017 period, which reached a total amount exceeding €350 million. The EU expects BiH to improve its financial performance in 2020, both in terms of contracting new activities and payments under ongoing projects, the Delegation said. (Željko Trkanjec | EURACTIV.hr)

In other news, BiH‘s new Security Minister Fahrudin Radončić will step up monitoring on the border with Serbia and Montenegro to stop the influx of illegal migrants from those countries and coordinate activities with ministers of the interior in the region, the Security Ministry said in a statement. (Željko Trkanjec | EURACTIV.hr)

Agreement on electoral reform. Socialist Energy and Industry Minister Damian Gjinkuri, deputy chairman of the opposition Socialist Movement for Integration Petrit Vasili, and a representative of the opposition Democratic Party, Oerd Bylykbashi, all signed a statement promising to reach an agreement on electoral reform by 15 March. This was prompted by the opposition alleging that the ruling party has been collaborating with crime networks to gain people’s support in elections.

What did the EU ambassador to Tirana have to say about such an agreement? EURACTIV Croatia‘s Željko Trkanjec reports.