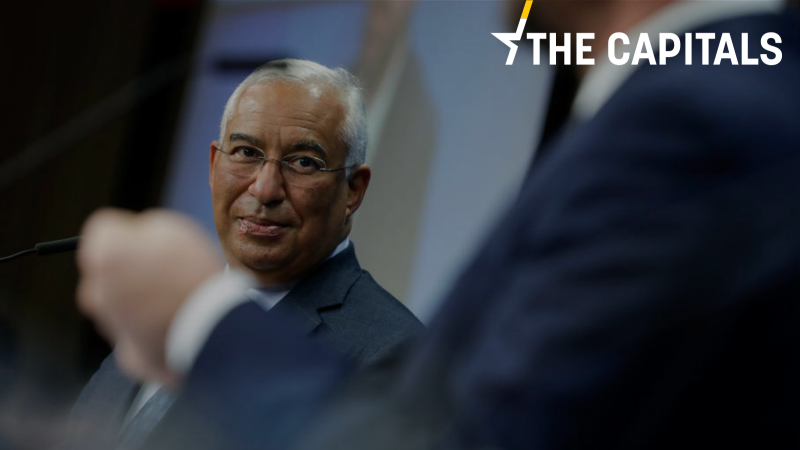 Four 5 Star MEPs go solo, eyeing ‘green’ future. Four Italian lawmakers are about to leave the Five Star Movement (M5S) delegation at the European Parliament, though not the party itself, and plan to join the Green parliamentary group at a later stage, sources close to the matter have confirmed to EURACTIV. Read the full story here.

Ex-French president d’Estaing dies of COVID-19. Former French president Valery Giscard d’Estaing, a leading advocate of European integration who led his country into a new modern era, has died of Covid-19, his family said. He was 94. Read more.

His comments came as the European Commission is assessing options to circumvent Hungary and Poland’s veto of the budget and fund, and could come up with a proposal early next year if their blockade remains, a senior EU official confirmed to EURACTIV. Read more.

Over 35,000 have lost jobs in France since September. The loss of more than 35,000 jobs since September was announced in France despite the government’s large stimulus packages,  Le Monde reported on Wednesday. Read more.

Belgium prepares to vaccinate as of 5 January. Belgium will start vaccinating against COVID-19 from 5 January if the EU gives the green light for the vaccine, Prime Minister Alexander De Croo said on Wednesday as the country’s health ministers are set to agree on a vaccination strategy. Read more.

Austria to re-enter soft lockdown. Some of Austria’s current lockdown measures will be lifted as of 7 December, the government announced on Wednesday. Read more.

UK to begin vaccine rollout, first to approve Pfizer jab. The UK will begin to roll out its first doses of coronavirus vaccine in the coming days after becoming the first country to approve the Pfizer/BioNTech jab on Wednesday. Read more.

Ireland warns UK not to breach Brexit divorce deal again. Ireland’s foreign minister warned on Wednesday that if the United Kingdom’s forthcoming finance bill deliberately breaches the Brexit divorce accord, it will be taken as a signal that London does not want a trade deal.

“A clear message to London for some time; the 2nd piece of legislation deliberately breaching the withdrawal agreement and international law, will be taken as a signal that the U.K. doesn’t want a deal,” Simon Coveney said on Twitter. “No deal of this complexity is concluded without at least a basic level of trust and goodwill! Over to you Britain.” (EURACTIV.com)

Finns rally less ‘around the flag’ than during spring pandemic peak. Trust in politicians has nosedived dramatically in Finland after the nation united behind decision-makers at the start of the pandemic in spring, according to a survey conducted by the Finnish Business and Policy Forum (EVA). Read more.

Swedish government finally takes the reins. With Stockholm currently being one of Europe’s worst-hit capitals, Sweden’s Social Democrat-Green government – which until how had put its faith completely in health experts – has changed its ‘very lax’ approach. Read more.

Italy presents new measures for Christmas, vaccination plan. Italy will adopt new lockdown measures as of Friday, announced Health Minister Roberto Speranza on Wednesday. The minister also presented a vaccination plan, under which vaccines will be free, not mandatory and distributed with the help of the army. Read more.

Greece’s nightlife back when a vaccine arrives. Greece’s hospitality sector – including bars, cafés and restaurants – will open again only when a vaccine is approved, Greek PM Kyriakos Mitsotakis said on Wednesday. Read more.

Czech Republic hosts online conference about gender, foreign policy. The Czech Republic will host an online international conference on Friday called “Towards a Meaningful Change: Gendered Foreign Policy in Practice” with opening remarks from Czech Foreign Minister Tomáš Petříček. The event will focus on the everyday and institutional aspects of advancing gender norms in practice.

A number of high-profile speakers will discuss what mechanisms, setups, or procedures can contribute towards a meaningful and visible change in the practice of foreign policy. (Ondřej Plevák | EURACTIV.cz)

In other news, Austrian MEP Othmar Karas of the European People’s Party sent a letter co-signed by 30 out of 187 of his fellow party members to the group’s leadership, asking to exclude Fidesz MEP Tamás Deutsch for comments made to Hungarian media outlets about EPP group leader Manfred Weber’s defence of the rule of law conditionality. Read more.

The post has been vacant since former Ambassador Peter Javorčík left his post in October to become Director-General for Transport, Energy, Environment and Education (DG TREE) at the Council of the EU. (Zuzana Gabrižová | EURACTIV.sk)

Bulgarian vice-President doubts Sofia-Skopje dispute will be settled this year. Bulgarian Vice President Iliana Yotova doubts that by the end of the German EU Council Presidency, the issue of starting EU accession talks with North Macedonia will be a solved issue. Read more.

The minister underlined that the government would not refrain from the newest tax changes despite the situation with the COVID-19 pandemic and that this was an essential part of its last election platform. Economy Minister Tomislav Ćorić said that a crisis is no time for talks about cutting VAT. (Željko Trkanjec | EURACTIV.hr)

Slovenia’s national press agency STA gets president’s support. “The Slovenian Press Agency (STA) is doing important work in the interest of the public, which is why its existence should not be jeopardised,” President Borut Pahor was quoted as saying by STA. Read more.

In other news, the three opposition parties, LMŠ, SD and Levica, have expressed concern over the news that Italy and Croatia are considering declaring exclusive economic zones in the Adriatic Sea, particularly with regard to the potential impact of such declarations on the Slovenia-Croatia border arbitration agreement.

No lockdown after Romanian elections. Many people in Romania, including politicians, are speculating that Romania will enter a lockdown after the elections on Sunday (6 December), but the prime minister is trying to calm those fears. Read more.

US to support Serbian EU membership, says ambassador. The US will continue to support Belgrade on its EU path as Serbia’s EU membership is in Washington’s interest, said US Ambassador to Belgrade Anthony Godfrey on Wednesday. Read more.

PIC Steering Board supports Inzko, Russia against. The Steering Board of the Peace Implementation Council (PIC) – an international body charged with implementing the Dayton Peace Agreement in Bosnia and Herzegovina – has expressed clear support for High Representative Valentin Inzko, though Moscow has said it could not accept that there is interference in BIH’s internal matters. Read more.

Prime-minister designate presents government to the parliament. Montenegrin MPs will vote on the programme and the proposed candidates for ministerial positions following a debate which is expected to last at least two days.

On the first day of the debate, the Prime-minister designate had received criticism from coalition partners and the opposition, though Montenegrin media expects the government to obtain the necessary majority. President Milo Đukanović, whose party DPS is now in opposition, attended the session and said it was full of contradictions. (Željko Trkanjec | EURACTIV.hr)