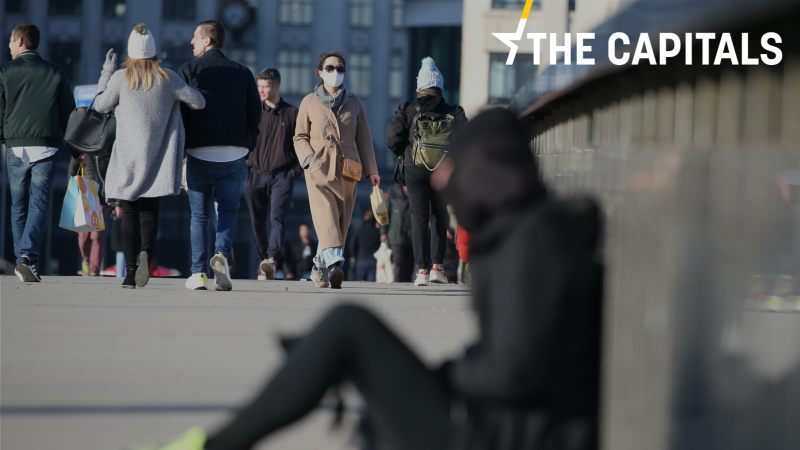 Portuguese, Spanish and Italian government ministers are calling for the creation of a European minimum income system. [Shutterstock/Vudi Xhymshiti]

Before you start reading today’s edition of the Capitals, feel free take a tour of our new website EURACTIV Italia, which will provide you with quality content in Italian from the Bel Paese. Our new Italian colleagues conducted an interview with Italian Prime Minister Giuseppe Conte, which you can read in English by clicking here.

Also, make sure you tune in to today’s live stream at 9:30 am, where EURACTIV’s energy and environment editor Frédéric Simon discusses “The Green Transition at the Heart of the EU Recovery Fund” with distinguished speakers.

EU minimum income proposal. Portuguese, Spanish and Italian government ministers are calling for the creation of a European minimum income system, calling for solidarity as a vehicle to minimise the crisis caused by the novel coronavirus.

The three countries said the EU needs a common minimum income framework, which is not limited to survival levels or to the poverty ratio calculated on the basis of the average European income, but is rather a legally binding framework, enabling all member states to establish a minimum income that is adequate and adapted to each country’s standard of living and way of life.

In other news, the retail, restaurant and housing industry in Portugal account for about half of the 6.5 percentage point drop in annual GDP every 30 working days Portugal stays in confinement, according to the Portuguese government.  (Carla Jorge, Lusa.pt)

Protest against coronavirus restrictions. Thousands protested coronavirus restrictions and accused politicians and medical experts of fear-mongering and curtailing citizens’ fundamental rights in major cities across Germany over the weekend, refusing to respect social distancing rules or wear masks, despite the country’s recent easing of measures. Sarah Lawton reports from Berlin.

Meanwhile, Christian Democrats (CDU/CSU) in the Bundestag have rejected calls to increase Germany’s greenhouse gas reduction targets. This would put the brakes on Chancellor Angela Merkel’s aspirations for a more ambitious German climate policy. Claire Stam has the story.

Deconfinement begins in very divided country. France kickstarted its gradual deconfinement plan on 11 May. However, the strategy has already been criticised for being risky by the right, the extreme right, the extreme left, but also by teachers and the CGT-FO, which is one of the country’s five major confederation unions. EURACTIV France takes a closer look.

Never the same again? Life may never again be like it was before the first cases of COVID-19 hit Belgium, Belgian Health Minister Maggie De Block said over the weekend, as the country started preparing for the first relaxation of measures, with shops due to be reopened from Monday (11 May) and people allowed to meet up with up to four other people. Alexandra Brzozowski has the story.

EU popularity takes a toll. The less than satisfactory handling of the coronavirus crisis has negatively affected the EU’s popularity in Finland according to a survey published last week by business and policy think tank EVA. And this despite popularity for the bloc being traditionally higher than in many other member states. EURACTIV’s Pekka Vänttinen has the full story.

Johnson eases lockdown. The United Kingdom will gradually begin to relax confinement measures this week, with people encouraged to return to work and unlimited exercise to be allowed, Prime Minister Boris Johnson announced Sunday (10 May). But the plan has already attracted criticism from opposition politicians and trade unions. Benjamin Fox has more.

Impossible Brexit timetable. The timeframe for an agreement on a UK-EU timetable has been rendered “virtually impossible” by the coronavirus outbreak,  Irish Foreign Minister Simon Coveney has said.

Speaking as part of an online conference on Friday (8 May), Coveney said the UK’s objective to secure a trade deal by the end of 2020 has been severely hampered to the extent that a deal cannot be agreed in this timeframe. “Given the complexity of what we’re trying to deal with here and the added complications, and there are many, as a result of COVID-19, it surely makes sense for us to seek a bit more time,” Coveney said. (Samuel Stolton | EURACTIV.com)

Differentiated openings. As from 18 May, Italy’s government plans for certain businesses to resume their activities, depending on the region. For Regional Affairs Minister Francesco Boccia, it is useful to discuss with the regions how to open or restrict activities considering the different progress of the pandemic. Meanwhile, Italy’s new cases of coronavirus continue to fall, as, for the first time in two months, the daily count of contagions was under 1,000. (Gerardo Fortuna | EURACTIV.com)

The virus is ‘still there, lurking’. Spanish Prime Minister Pedro Sánchez urged on Saturday (9 May) people living in regions due to start the first stage of loosening the national lockdown to remain prudent, after having been in confinement since the state of alarm came into effect on 14 March. “For those of you entering Phase 1 on Monday, I ask caution and prudence,” he said in a press briefing, adding that “the virus hasn’t disappeared. It’s still there, lurking,” the PM has said. EURACTIV’s partner EUROEFE reports.

Only tested tourists will travel to Greece this summer. Passengers bound for Greece will be required to take a COVID-19 test up to 72 hours before boarding the aircraft, Greek media reported last weekend, citing a draft plan for tourism due to be presented this week.

As a result of this strict control, airplane seating will remain unchanged. “We will not reduce the number of seats on the planes in order to make it financially viable for the companies to carry out the flights,” Greek minister of tourism Charis Theocharis said. (Sarantis Michalopoulos | EURACTIV.com)

Also read: Commission to adopt broad summer package on 13 May

Maltese envoy resigns after comparing Merkel to Hitler. Malta’s ambassador to Finland has resigned after a Facebook post in which he compared German Chancellor Angela Merkel to Adolf Hitler, The Times of Malta reported. Read more.

No elections. Poland’s presidential elections did not take place on Sunday (10 May) as scheduled, despite the ruling party Law and Justice (PiS) having sidelined the National Electoral Committee and attempting to organise elections itself. After days of hectic talks and disagreements within the coalition over the matter, it was eventually agreed that elections would be moved to a later date, possibly towards the end of June or in mid-July. EURACTIV Poland’s Łukasz Gadzała takes a closer look.

Dealing with COVID-19 in Mali. As the new commander of the EU mission in Mali, Czech General Frantisek Ridzak will not only be dealing with training Malian troops and the mission’s future but also with quarantine measures linked to the novel coronavirus, he told the Czech News Agency in an interview. Ridzak will assume the post of the commander of the EU multinational military training mission (EUTM) with more than 700 soldiers from some 20 countries on 12 June for six months. (Ondřej Plevák | EURACTIV.cz)

Pro-European declaration. The three highest-ranked constitutional officials – President Zuzana Čaputová, Prime Minister Igor Matovič (OĽaNO) and parliament speaker Boris Kollár (We are family) – signed a declaration about cooperation on matters of foreign policy on the occasion of the Europe Day.

In the document, the three have promised to work together towards a foreign policy consensus that is ‘pro-European’ and ‘pro-alliance’, which had become an issue for the previous coalition government, especially on matters related to Russia. Zuzana Gabrižová has more details.

State aid for local airlines. The Bulgarian Industrial Capital Association wants the state to subsidise €6,000 for each charter flight to Bulgaria operated by a Bulgarian airline for two years after the state of emergency has been lifted. If the government accepts the proposal, it has to pay for 900 to 1,000 flights per month. (Krassen Nikolov | EURACTIV.bg)

Slovenians can again visit their property in Croatia. According to detailed information issued by Croatia’s Institute for Public Health, Slovenians who own property in Croatia will again be allowed to cross the southern border from today (11 May) and visit their property, without having to go into self-isolation. They will be required to produce property ownership papers at the border, tell the police where they are going, and follow epidemiological measures like reducing contact with others to a minimum. However, Slovenian police told national STA agency that, upon returning to Slovenia, they would still have to go into a seven-day quarantine.

In other news, public transport – buses and trains – resumes service in Slovenia from today (11 May), albeit on a reduced scale. On top of increased distance between seats, passengers will be required to disinfect their hands upon getting aboard and wear protective masks. (Zoran Radosavljevic | EURACTIV.com)

Potential mayoral candidate for Zagreb. The ruling Croatian Democratic Union (HDZ, EPP) is having big plans for their very popular health minister Vili Beroš, but the party is yet to determine the position it has reserved for the country’s most popular minister. According to an interview published in EURACTIV’s Croatian media partner, Jutarnji list daily, Beroš is mentioned as a potential candidate for the mayor of Zagreb. Tea Trubić Macan reports from Zagreb.

In other news, Serbia’s foreign affairs ministry has sent North Macedonia’s chargé d’affaires in Belgrade a protest note for printing and publishing a postal stamp displaying a map of the Independent State of Croatia, a Nazi puppet state during the Second World War, which also included Bosnia-Herzegovina, the ministry confirmed on Saturday (9 May). EURACTIV Serbia has more.