Portuguese president on lockdown as coronavirus spreads across Europe 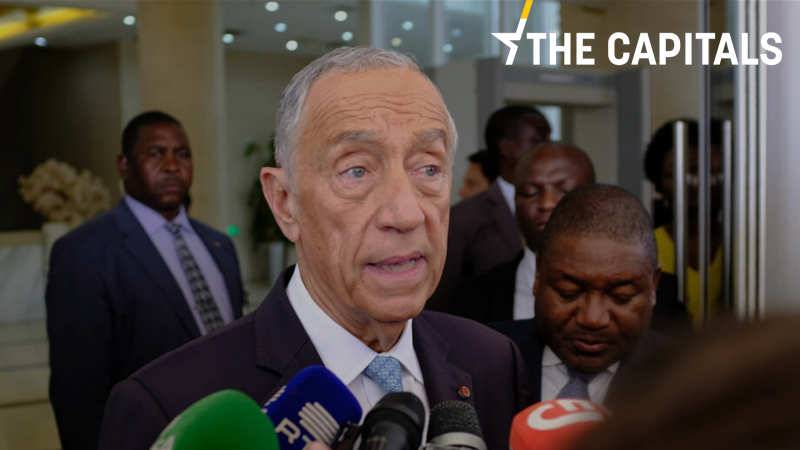 Marcelo Rebelo de Sousa, has suspended his official engagements for two weeks and is to be monitored at home. [EPA/ANTONIO SILVA]

Before you start reading today’s edition of the Capitals, feel free to have a look at the latest developments on coronavirus.

LISBON. Portugal’s president, Marcelo Rebelo de Sousa, has suspended his official engagements for two weeks and is to be monitored at home, “despite not presenting any symptoms” of infection with the new coronavirus, his office has announced.

Lusa.pt’s Joana Haderer looks at what prompted the decision.

In Rome, Italy’s government has issued an emergency decree early Sunday putting the North of the country on lockdown, in an attempt to halt the spread of coronavirus. Almost 17 million people in the whole Lombardy region, as well as in 14 other provinces, are placed under forced quarantine and travel restrictions. EURACTIV’s Gerardo Fortuna has more.

In Madrid, Spain’s transport ministry is evaluating the possibility of launching extra prevention measures this week, in a coordinated effort with the health ministry to contain the increasing number of coronavirus cases across the country, EURACTIV’s partner EFE reported. Read more in English.

In Vienna, Chancellor Sebastian Kurz said in a TV interview that he expects additional measures to be necessary to counter the coronavirus, emphasising that timing was essential when it comes to closing schools or limiting public events, as it could harm public life and the economy. Read more.

In Dublin, health unions opposed Coronavirus measures. Several Irish health service unions have taken a stand against measures by the Health Service Executive to clamp down on the spread of COVID-19 by enacting a number of measures, including banning industrial action. EURACTIV’s Samuel Stolton looks into what these measures are.

In London, Boris Johnson’s government has promised a blank cheque for the NHS to contend with the Coronavirus when it publishes its first post-Brexit Budget plan on Wednesday (11 March). Benjamin Fox reports from London.

In Bucharest, the government has decided to suspend flights from and towards Italy until 23 March. Also, people coming from Italy, China, Iran and South Korea, regardless of the means of transport, will either go into quarantine or self-isolate at home. Bogdan Neagu has the detail.

In Sofia, the first cases of Covid19 were announce on Sunday. Four people have been tested positive, in the cities of Pleven and Gabrovo. At a government session broadcast on television, the Prime Minister Boyko Borissov appealed to the population not to panic and to avoid public events.

In Belgrade, the first case of the novel coronavirus has been reported in Serbia, Health Minister Zlatibor Loncar announced on Friday (6 March). A 43-year-old male from Subotica who had travelled to Hungary was found to be the carrier of the virus after he had checked himself in hospital, the minister told an extraordinary press conference held on this occasion, adding that the man is now feeling well and recovering in hospital. The minister added that there is no room for panic and advised citizens to adhere to basic preventive measures.

Poland adopts emergency coronavirus bill, poses constitutional issues. As Poland’s COVID-19 cases have reached 11 and are now spreading east as two cases have been confirmed in the capital, not only has Polish airline LOT suspended all flights to Italy until at least Thursday (12 March), but an emergency bill has also been adopted (almost unanimously) to address the situation. Some lawyers have warned that the bill breaches the constitution and, if used in bad faith, could constitute a base for the introduction of a permanent state of emergency.  (Łukasz Gadzała | EURACTIV.pl)

Slovakia gets fifth COVID-19 case, takes preventive measures. The fifth case of coronavirus was confirmed in Slovakia, despite the first having only been confirmed on Friday (6 March). In response, more than 50 schools in the Bratislava region will be closed for a week, while two universities in Bratislava will also suspend in-house classes for two weeks. (Zuzana Gabrižová | EURACTIV.sk)

Massive fines for breaking quarantine. With the Czech Republic now having 32 confirmed cases of coronavirus, the thousands of Czechs returning from Italy starting Saturday will have to remain in home quarantine for two weeks, and those violating it could face a fine of up to three million crowns (€118,000). For comparison, fines in Italy start at €206.

1,500 migrant children from Greece. The EU is considering accepting up to 1,500 migrant children currently in Greek camps, the German government said Monday. “A humanitarian solution is being negotiated at the European level for a ‘coalition of the willing’ to take in these children,” it said, adding that Berlin is ready to take in an “appropriate” share.

No change in sight. Royal informers Patrick Dewael (Open VLD) and Sabine Laruelle (MR) are set to report to the King today, once again without much progress in finding a solution to the Belgian federal government formation. Alexandra Brzozowski has the details on the options.

The leader of Sweden Democrats deported from Turkey. Jimmie Åkesson, the chairperson of the populist Sweden Democrats party, was arrested in Turkey, near the town of Edirne close to the Greek border. He was handing out leaflets to refugees trying to get in the EU, which read “Sweden is full and cannot accept more asylum seekers” and were signed by “the Swedish people and Sweden Democrats”. Following his arrest, he was escorted to a plane and sent home. EURACTIV’s Pekka Vänttinen takes a closer look into Sweden’s populist party.

UK set to eject out of EU aviation regulator. The United Kingdom will leave the European Aviation Safety Agency (EASA) at the end of 2020, according to Britain’s transport minister. Shifting responsibility back to its own regulator could cost the UK £400m over the course of a decade though. Read Sam Morgan’s story.

Threats to investigators. German MEP and chair of the Budgetary Control Committee (CONT), Monika Hohlmeier, told Czech News Agency that she and two Czech MEPs, who were part of an investigation team looking into the suspected conflict of interest of Czech Prime Minister Andrej Babiš had received 2,500 threats and insults last week. After the PM had called Hohlmeier “confused” several times, many Czechs showed support and apologised for Babiš’ behaviour. (Ondřej Plevák | EURACTIV.cz)

The Serbian Commissariat for Refugees and Migration has reported that Serbia is home to almost 6,000 migrants and that four centres in southern Serbia’s Pcinja region, their first stop after crossing into Serbia from North Macedonia, have accommodated 1,300 migrants. EURACTIV Serbia reports.

Campaign against child marriages. The government of Montenegro started a campaign against child marriages with a focus on the Roma and Egyptian community in Podgorica. British Ambassador to Podgorica, Alison Kemp, who supports the campaign, emphasised that new surveys point to young people from both communities actually being against the practice. (Željko Trkanjec | EURACTIV.hr)

First refugees from Syria. A group of 50 migrants, most of which came from Syria, have appeared at the southern town of Gjirokaster, close to the Greek border. Whether they entered Greece before Turkey had opened its border remains unclear. (Željko Trkanjec | EURACTIV.hr)

In other news, the German Federal Statistical Office (Destatis) released figures showing that Albanian nurses moving to Germany for work totalled 2,064 between 2016 and 2018. The number of Albanian nurses saw a 1,300% increase in those two years as those who had made the move went from 87 to 1,242, Albanian nurses are now the most represented among the 10,350 recognised foreign nurses in the country, along with those from Bosnia and Herzegovina, Serbia and the Philippines. (Željko Trkanjec | EURACTIV.hr)