Prague: Lawmakers push for at least 55% of stores’ food to be local 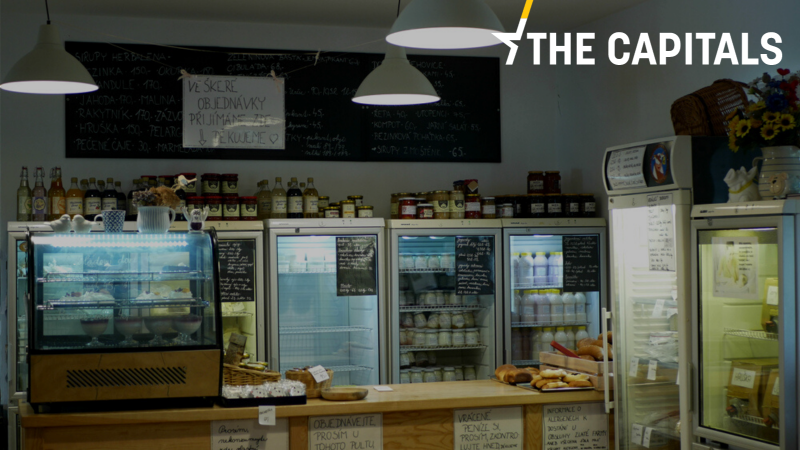 A similar measure has been introduced in Bulgaria. [Shutterstock/Tomas Vynikal]

Before you start reading today’s edition of the Capitals, feel free to have a look at the article “Member states brace for ‘great stimulus’ battle” by Jorge Valero.

Now that many European countries have started lifting lockdown measures and opening borders, make sure you stay up to date with EURACTIV’s comprehensive overview, which is regularly updated with the help of our network of offices and media partners. Also, check our country update pages, such as the one for Sweden and Bulgaria.

Czech food in Czech markets. Czech stores should be obliged to sell at least 55% of local foodstuffs in 2021 and gradually increase to 85% by 2027, according to a cross-party proposal signed by Czech MPs who claim the measure should support Czech farmers. The proposal should be discussed by the Czech parliament this week. Aneta Zachová reports from Prague.

Debate on debt limits begins. After a series of historic economic rescue packages were announced, some conservative German politicians started to voice their discomfort with the rising levels of national debt this weekend. EURACTIV Germany’s Sarah Lawton digs deeper.

Meanwhile, the eastern state of Thuringia could soon be lifting its coronavirus restrictions entirely. Over the weekend, the state’s leftist Minister-President Bodo Ramelow (Die Linke) announced that he wants to lift all of the state’s measures as of 6 June and allow local officials to replace them with whatever measures they deem necessary. This would end any distance restrictions or mask-wearing requirements in the state. (Sarah Lawton | EURACTIV.de)

Restarting tourism in June? Belgium might allow travel from inside Europe in mid-June, Foreign Affairs Minister Philippe Goffin said over the weekend, but only in coordination with European neighbours. Alexandra Brzozowski has more details.

Reopening regions at different speeds. In the future, some parts of the country could open up sooner than others, because “it has become reality by now that the developments are different”, Austrian Chancellor Sebastian Kurz (ÖVP) told web-TV-channel “oe24.tv” on Friday (22 May). And according to information the chancellery gave to the newspaper Der Standard, six of nine states have seen zero new infections on Saturday and Sunday.

However, Vienna, a state itself, is not one of these six. While the government has repeatedly criticised the city’s crisis management in recent weeks – which observers assume might be linked to Vienna’s upcoming local elections in autumn – the city’s mayor, Michael Ludwig (SPÖ), told Der Standard he was “curious” about the chancellor’s concrete plans, adding that any easing of lockdown measures would have to be based solely on scientific grounds. (Philipp Grüll | EURACTIV.de)

Johnson defends aide over alleged lockdown breach. At the government’s daily press conference on Sunday (24 May), Prime Minister Boris Johnson insisted that his chief advisor Dominic Cummings had acted “responsibly, legally and with integrity” but failed to head off a damaging row that risks torpedoing public support for the government’s lockdown measures. EURACTIV’s Benjamin Fox takes a closer look.

Reopening roadmap. Sports centres, gyms and swimming pools will start reopening today (25 May). Each sports centre must carry out an assessment of its risk profile and the sports operators are obliged to respect the national health rules, including staying away from work if they have symptoms and reporting any contact with an infected person. EURACTIV Italy’s Valentina Iorio takes a closer look at how the country’s various regions are reopening.

Sánchez said the hospitality and tourism industries play a “fundamental role”, EURACTIV’s partner EFE reported. The country welcomed 83.7 million tourists in 2019, making it the second-most popular destination in the world, generating €92 billion for the economy, accounting for 12% of the country’s GDP and providing almost 13% of its jobs. EFE has more.

Problems with smart quarantine. The mobile app which was developed so that people returning to Slovakia from abroad could spend the 14-day quarantine in their homes rather than state facilities has not been operational as initially announced by the authorities because it needed to be approved by Google and Apple.

The delay has resulted in people gathering at the borders refusing to go in state facilities and demanding to be allowed to go home. While the app was approved by Google and launched for most Android systems over the weekend, it does not yet work on iOS. (Zuzana Gabrižová | EURACTIV.sk)

Journalist found dead. Journalist Georgi Alexandrov was found dead in the sea near Varna, Bulgaria’s largest city on the Black Sea. His body was found near a damaged sewer pipe, which polluted a significant part of the Varna Bay for nearly nine months before authorities took action and caused a huge environmental scandal in the country. EURACTIV Bulgaria’s Krassen Nikolov has the details.

Diplomatic spat with Moldova over PM’s statement. The prime minister of Moldova, Ion Chicu, posted “disparaging” and “unacceptable” statements in social media, according to Romania’s Foreign Ministry, which on Friday (22 May) summoned the ambassador of the Republic of Moldova, after Chicu’s Facebook post. Chicu said he was not impressed by “the concerted attacks of some characters that claim to be Moldova’s advocates”.

The Moldovan PM was referring to Siegfried Muresan, a vice-chair of the EPP group in the EU Parliament, the head of the Delegation to the EU-Moldova Parliamentary Association Committee, who had often criticized his government and its answer to the COVID-19 crisis.

A new face on the political scene. Well-known Croatian conservative columnist and pundit Nino Raspudić has announced that he will be one of the Bridge party independent candidates in parliamentary elections scheduled for 5 July. His wife Marija Selak Raspudić, also a conservative pundit, has signalled that she will be on the Bridge party’s list, but will run in a different constituency. EURACTIV Croatia’s Tea Trubić Macan has more.

No new infections for fourth straight day. According to testing results released on Sunday (24 May), Saturday was the fourth day in a row without new infections, after the country declared the pandemic over on 14 May.

However, COVID-19 has taken a considerable toll on the economy. In May, the average number of unemployed will surpass 90,000, which is 13,000 more, or 16% higher, than in the same period last year. One in four newly unemployed comes from the catering industry, Bojan Ivanc, chief analyst at the Chamber of Commerce and Industry, told Delo newspaper. (Zoran Radosavljević | EURACTIV.com)

Meanwhile, a fake news story is shared 927 times on average in Serbia, using different pages and profiles, Alexander Dardeli, the executive vice president for strategy and development at the International Research and Exchanges Board (IREX) – an international non-profit organisation specialised in global education and development – told the US multimedia agency, Voice of America, in an interview on Sunday (24 May). Read more.

In other news, a large number of worshippers prayed in mosques throughout Serbia celebrating Eid al-Fitr on Sunday (24 May) wearing protective masks and gloves, as part of national epidemiological measures that are still in force to stop the spread of coronavirus.

The central Bayram prayer was held in the El-Ginan mosque in Novi Pazar, in the Muslim populated Sanjak region in southwestern Serbia. Ahead of the celebrations, Grand Mufti Sead Nasufovic had highlighted the importance of respecting every person, helping the poor and “welcoming guests.” (EURACTIV.rs  betabriefing.com)