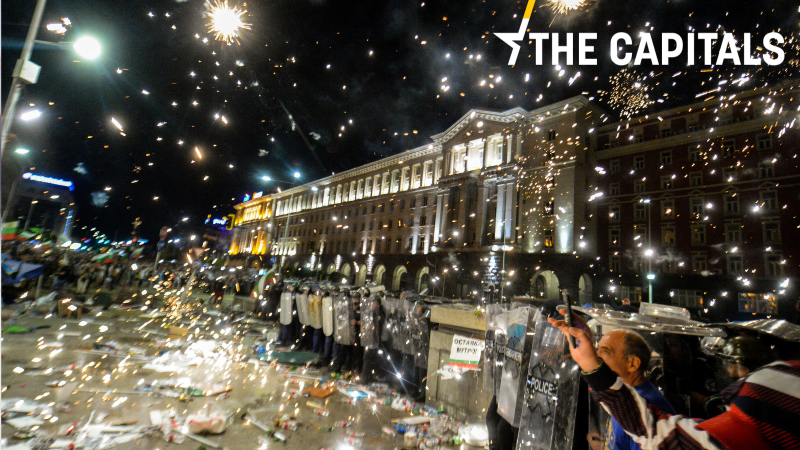 Before you start reading today’s edition of the Capitals, feel free to have a look at the article An ‘accident’ in the Mediterranean is in no one’s interest, EU official says written by Sarantis Michalopoulos and EU health body warns against shortening COVID quarantine as cases spike by Alexandra Brzozowski.

Physical or not? After six months stuck in Brussels, the European Parliament is still set to go to Strasbourg in two weeks, although the Bas-Rhin departément is marked orange on Belgium’s COVID-19 travel list list. EP officials confirmed this will not apply to the 705 MEPs and staff, as Belgian guidelines exempts people with “essential travel” needs.

However, the European Parliament has been warning journalists that “due to the quickly changing situation”, the the first plenary session in mid-September may not take place in Strasbourg as planned, although EP sources told EURACTIV that “tickets are booked and everyone is hyped to go physical”.

“The EU is not just a third party than can act as a mediator on this issue, as Turkish authorities often demand. The EU is Greece and Cyprus, and therefore Greek and Cypriot borders are EU borders,” the Parliament’s rapporteur on Turkey and S&D MEP,” Nacho Sánchez Amor said. (EURACTIV.com)

First batch of COVID-19 vaccine in March? By spring, Belgium could expect the first batch of vaccines against COVID-19, but will then face the difficult choice about the first people to be vaccinated, Xavier De Cuyper, director general of Belgium’s Medicines Agency (FAMHP), said on Wednesday (2 September). EURACTIV’s Alexandra Brzozowski has the details.

Back to the office? Not so fast. The Bank of England has cast doubt on the government drive led by Prime Minister Boris Johnson to get workers back to offices, warning that normal office life in central London and other big cities cannot resume while risks from the Covid-19 pandemic. EURACTIV’s Benjamin Fox reports from London.

COVID-19 testing ‘tests’ teachers’ patience in Madrid.  A plan to test thousands of teachers for coronavirus before in-person schooling resumes in Spain this week had to be abandoned halfway through the day in the capital Madrid as lines reportedly more than a kilometre long formed outside the medical centre selected for the process. EUROEFE has more.

‘Accident’ in the Mediterranean is in no one’s interest, EU official says. The EU’s efforts in the Eastern Mediterranean are focused on de-escalation and dialogue because it is in no one’s interest to have an ‘accident’ there amid the escalating crisis between Greece and Turkey, an EU official said on Wednesday (2 September). EURACTIV’s Sarantis Michalopoulos has the full story.

Migrant ship detainment. Migrants will be detained in ferry ships off the coast of Malta at a cost of up to €1 million a month, according to reports. The government will fund a 127 metre-long vessel, detaining over 350 passengers, Maltese agency Shift News reports.

Following public pressure, Prime Minister Robert Abela’s government is providing the outlay after a similar decision in May, in which an offshore detainment programme was introduced to host migrants attempting to enter Malta. Abela had attempted to justify the move as necessary at the time as a way of controlling coronavirus infections in the country. (Samuel Stolton | EURACTIV.com)

Judge swap. Judge Jan Passer will be the new Czech member of the European Court of Justice in Luxembourg replacing Jiri Malenovsky in October, the Council of the EU announced on Wednesday (2 September).

Passer was a judge at the Czech Supreme Administrative Court from 2015-2016 and previously worked as a legal advisor for the country’s justice ministry. Since September 2016, he has been sitting as a judge at the General Court of the European Court of Justice. (Ondřej Plevák | EURACTIV.cz)

Arts university blockade continues. Students continued their ongoing occupation of the University of Theatre and Film Arts in Budapest, which started at midnight on Monday (31 August) after the entire senior management of the university stepped down earlier that day because of what they described as a complete loss of autonomy. Students demand the restoration of the status quo and the resignation of Orbán-ally Attila Vidnyánszky, who chairs the university’s newly created board of trustees. The university leaders met with Vidnyánszky on Wednesday (2 September) but could not reach an agreement, saying that the “divide seems insurmountable”.

Meanwhile, Péter Rózsa, the editor-in-chief of the left-leaning 168 Óra political magazine was sacked on Wednesday by the outlet’s CEO and shareholder Pál Milkovics for using an advent family photo of Prime Minister Viktor Orbán which the PM had previously posted on his social media page, Media1 reported. Milkovics said that the picture was used for a text unconnected to the PM’s family, and showed his underage children, which was morally unacceptable, adding he “would have done the same for the family of any other politician.”

Incident in parliament. National Council Speaker Boris Kollár had to interrupt a parliamentary session after a group of MPs from neo-fascist ĽSNS refused to wear facemasks after being asked to abide by the country’s COVID-19 measure which makes wearing facemasks in public spaces, including in parliament, mandatory.

The MPs from L’SNS, which is sceptical about the COVID-19 pandemic were expelled from the assembly for the day. (Zuzana Gabrižová | EURACTIV.sk)

2021 defence budget remains unchanged. Defence Minister Mario Banožić said he would push for keeping his ministry’s budget for 2021 the same as this year “so that we can retain the current material rights and make additional steps forward in projects for the modernisation and equipment of the Croatian army.” The coronavirus budget would have an impact on the country’s defence budget, Banožić  added. EURACTIV Croatia’s Željko Trkanjec digs deeper.

In other news, Romania registered the highest COVID-19 mortality rate in Europe on Wednesday, according to data released yesterday by the ECDC. Romania recorded 3.1 COVID-19 deaths per 100,000 inhabitants in a 14-day interval, considerably higher than most other European countries. (Bogdan Neagu | EURACTIV.ro)