Putin drives wedge between prime minister and president in Bulgaria 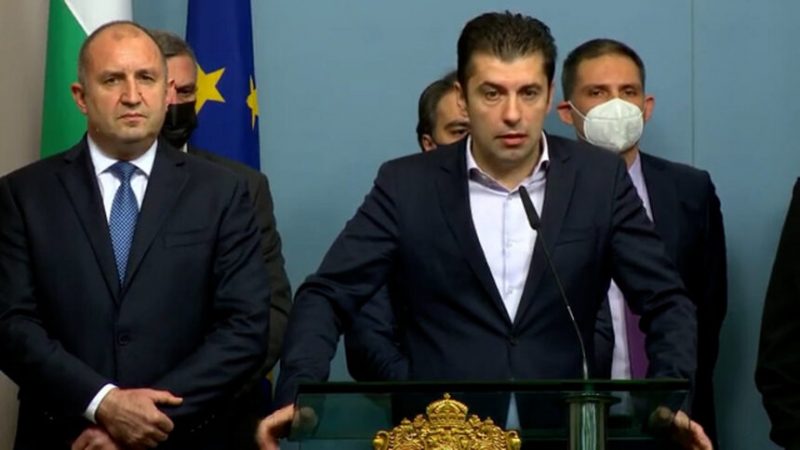 The Kremlin’s decision to cut off gas to Bulgaria has wholly exposed the positions of the leading political players in Sofia and caused a complete rupture in relations between Prime Minister Kiril Petkov and President Rumen Radev.

Radev sharply attacked the government for the suspension of Russian gas, suspecting it had been working for foreign interests and demanded Petkov have an answer as to why Russian authorities have stopped gas for the country.

In response, Petkov said he was fully defending Bulgarian interests and indirectly accused Radev of defending the Kremlin.

“There are many political and economic circles in Bulgaria that directly defend Russia’s interests,” Petkov said, announcing that his party “Change Continues” would vote in parliament to provide military assistance to Ukraine.

“The government must quickly answer a few questions – why only Bulgaria and Poland are cut off from gas, whether Austria and Germany are stopped, how they pay and how they guarantee their energy security,” Radev said earlier on Wednesday (27 April).

Energy analysts such as former Bulgarian Ambassador to Russia Ilian Vassilev and Martin Vladimirov (Center for the Study of Democracy) commented that Putin’s decision aims to hurt Bulgaria, the weakest link in NATO and the EU. Political events in Sofia show that this is exactly what is happening.

Against this background, state-owned gas company Bulgargaz announced that the conditions proposed by Gazprom are a unilateral breach of contract and do not guarantee that even if Bulgaria pays, there will be gas supplies. However, Radev blames the Bulgarian government for stopping the gas.

“What is happening with the supply of gas will be a real test of European solidarity, will it help the EU as the most energy-dependent and energy-poor country,” Radev said.

At the same time, the president expressed his “bewilderment at how the economy minister will explain to Bulgarians and leftists, who have always been against wars, that Bulgarian weapons fuel the conflict.”

The president also said that Bulgaria must be part of the efforts for peace and an end to the conflict as soon as possible because it is already clear that the prolongation of the conflict will have disastrous consequences on many dimensions.

Radev has not yet commented on what implications the complete defeat of Ukraine would have for Bulgaria if arms supplies were cut off and Russia quickly reached Kyiv. Many young men of Bulgarian origin are fighting in the Ukrainian army.

Radev added that Bulgarian politicians must look to the thousands of Bulgarians in need before saving the world.

“The government owes a definite answer to the citizens who trusted it, whose interests it serves – theirs or someone else’s. It is high time for the government to give clear evidence that it is aware of and upholds Bulgarian sovereignty and is guided in its policy by the Bulgarian national interest. The sovereign Bulgarian position is being worked out in Sofia, not in Kyiv. There is no need for such a visit (of Petkov in Kyiv),” Radev said

According to Vassilev, Ukraine will be the ultimate winner in the war.

“The alternative is first for Ukraine and then for the whole of Eastern Europe to become vassal appendages again, which this government will not allow,” he said.