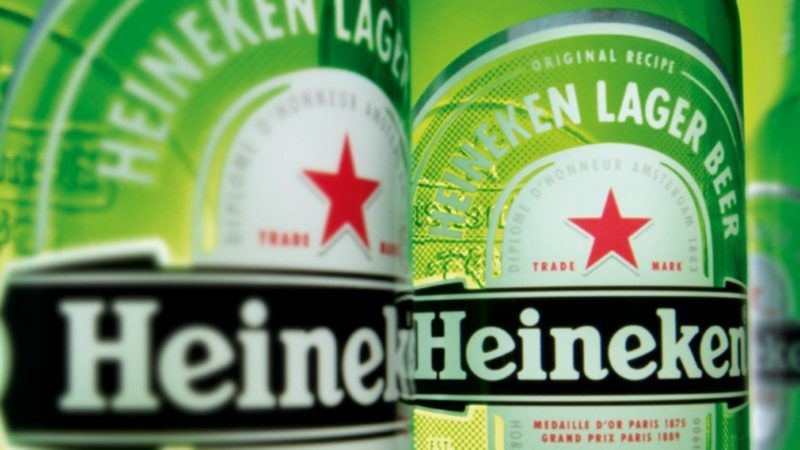 Heineken beer’s trademark red star may be about to fall foul of Hungary’s attempts to purge itself of totalitarian symbols related to the years of Nazi occupation and, in this case, the 40 years of communist rule.

The rightist government of Prime Minister Viktor Orbán, which faces an election in April 2018, says it is a “moral obligation” to ban the commercial use of symbols such as the swastika, arrow cross, hammer and sickle, and the red star.

Parliament began discussing the proposed ban on Monday. The measure would fit with Orbán’s style of unorthodox policy making, which has seen specific, mostly foreign-owned business sectors, targeted with special taxes and regulation.

Heineken has had a star logo on its beer for most of the years since it was first brewed in the second half of the 19th century, changing to a red one in the 1930s. The star is thought to represent a brewers symbol or the various stages of the brewing process.

But the red star was also a major symbol of Soviet communism and used to appear on the crest of communist-era Hungary.

Under the new law, businesses using these symbols could be fined up to 2 billion forints (€6.48 million) and jail sentence.

A Heineken spokeswoman declined comment on the draft bill.

Hungarian government spokesman Zoltán Kovács also declined comment, but did not rule out the possibility that based on the law, Heineken beer with its current logo could be banned.

At the same time, Semjén did not deny that the ban was linked to Heineken’s legal battle with a small, partly locally-owned beer maker in Romania’s Transylvania — home to hundreds of thousands of ethnic Hungarians — over the use of a popular brand name there.

After the World War Two Heineken changed its star from red to white with only a small red border. Over the years the red border of the star of all export labels gradually became more prominent, until 1991, when it became completely red again.

Unlike Nazi symbols, communist symbols are not banned in the Czech Republic or in Romania. In Poland, there was a discussion regarding communist symbols, but the Constitutional Tribunal ruled the symbols could be used.

Halász, quoted by the website About Hungary, confirmed that the bill targets Heineken’s use of a red star, among other companies and symbols, but added that the ruling parties had no intention of banning the beer. He noted that mineral water bottler San Pellegrino also features a red star on its products.

The European Parliament will this week vote on making 23 August a Europe-wide day of remembrance for 20th-century Nazi and communist crimes.