Rendi-Wagner wants to move Austrian social democrats to the centre

Politically speaking, the designated leader of the Austrian social democrats (SPÖ), Pamela Rendi-Wagner, broadly represents a blank slate. What is her version for the SPÖ? EURACTIV Germany reports.

It has not been a week since it was announced that Pamela Rendi-Wagner would become the new SPÖ leader. The criticism voiced in light of her swift appointment to office was quickly silenced and the SPÖ is demonstrating unity again.

The first woman to lead the party, which will soon be 130 years old and which Rendi-Wagner herself only joined a year and a half ago, views the SPÖ as the clear antithesis of the coalition government between the Austrian People’s Party (ÖVP) and the Freedom Party of Austria (FPÖ).

She underlined once again that, in her view, a coalition with the right-wing populist FPÖ was not an option. However, with respect to her political opponent, Chancellor Sebastian Kurz (ÖVP), she even had some positive words ready: “I admire him as a truly excellent party manager”. 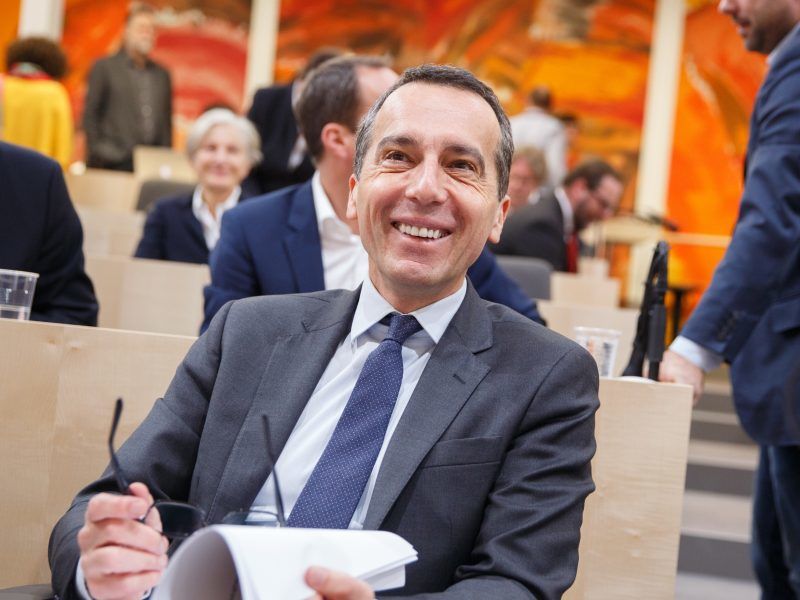 On important issues, Rendi-Wagner assumes political positions which demonstrate that she wants to attract voters who can at least be attributed to the spectrum of the political centre. “I am not a fan of the left-right split,” she clarified.

This is also apparent in the thorny and key issue of migration policy. For Rendi-Wagner, a document drawn up by the governor of Carinthia Peter Kaiser and his future counterpart Hans Peter Doskozil provides a fundamental guide when it says “integration takes priority over migration”.

“Parallel societies must not be allowed,” she told the Kurier newspaper. “We have to do everything possible to ensure that people with asylum status are quickly integrated. It’s about language acquisition and quick integration into the labour market.”

With regard to social justice, Rendi-Wagner is relying on encouraging production. “People who contribute to the prosperity of society should also have a part in it,” she told the Kleine Zeitung. “Those who are productive should have the opportunity to advance with their work”.

However, Rendi-Wagner not only wants to lead her party but also to realign its policy in parliament. This also explains why she has requested to lead the parliamentary group herself.

Despite all the critical arguments, she does not want to position the SPÖ as the “naysayer party”. Instead, thematic alliances should be entered into with civil society and constructive opposition should be pursued.

“I would also like to reach out to the government and say, when it does good work, let’s go part of the way together. In any case, two-handed weapons aren’t my style.”