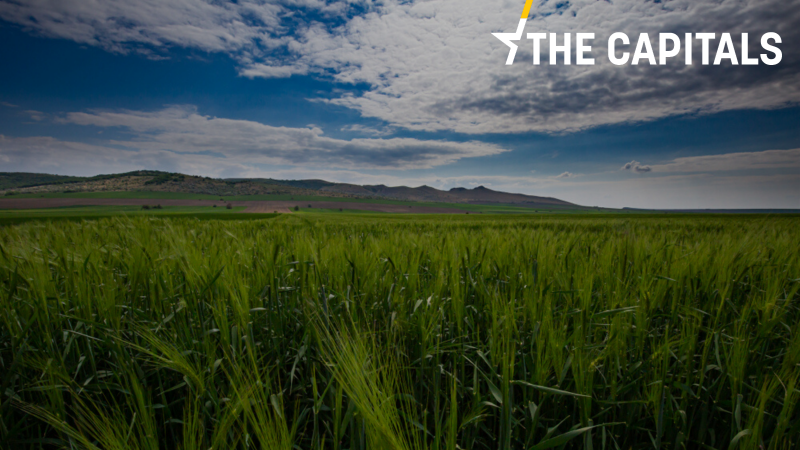 The Romanian government has decided to ban exports of wheat, corn, rice, sunflower and other grains, but also vegetable oil, sugar and various bakery products for as long as the Covid-19 state of emergency is in force. [Shutterstock/Madalin Olariu]

Before you start reading today’s edition of the Capitals, feel free to have a look at the article “Eurogroup agrees on €540 billion corona-package” by Jorge Valero.

***To stay up-to-date on everything to do with the coronavirus across the capitals, feel free to check out EURACTIV’s comprehensive overview, which is regularly updated with the help of our network of offices and media partners.

BUCHAREST. The Romanian government has decided to ban exports of wheat, corn, rice, sunflower and other grains, but also vegetable oil, sugar and various bakery products for as long as the Covid-19 state of emergency is in force.

Romania is one of the largest exporters of cereals in the EU, selling to both European states and other markets such as Middle East countries. In 2018, Romania exported 12 million tons of cereals.

Yet, the sale of majority stakes in companies included in the National Energy System is forbidden during the state of emergency period. Why did the government make such a decision?

Warning despite a glimmer of hope. Chancellor Angela Merkel does not see the need for the coronavirus measures to be tightened further in Germany. “The latest developments give reason for cautious hope” as the increase in the number of new cases slowly flattens, Merkel said on Thursday (8 April). However, the Chancellor made an urgent appeal to citizens to stick to the existing restrictions over the Easter holidays, saying that “we must not have a false sense of security”. Further discussion on whether the restrictions on public and economic life can be relaxed will be held on 15 April. In any case, “we will only be able to proceed very slowly”, Merkel said. (Christina Goßner | EURACTIV.de)

Survey shows Austrians against making Corona-tracing-apps mandatory. The Austrian Red Cross has already published a smartphone app which lets users collect all their contacts with other app-users. Should a user become infected, all his recent contacts are informed. Early on, data protection activists voiced concern that using the data-gathering app might become mandatory. Philipp Grüll has more.

Google pressured to pay for content. The French competition watchdog has given Google three months to find an agreement on the remuneration of the journalistic content it broadcasts on its platform, in application of the French law which transposed the EU copyright directive. This law established the creation of a neighbouring right for the press and France was the first country to translate it into law. Therefore, the result of the negotiation will have a significant impact on the rest of the press. EURACTIV France has more.

Lockdown review. Belgium’s National Security Council, which decided on the lockdown as well as its extension until 19 April, will meet again next Wednesday to evaluate whether to potentially prolong them until 3 May.

Back to the countryside. Normally, thousands of people from Asia, Ukraine and Russia arrive in Finland for the summer months to collect crops in the fields and greenhouses. Because of the coronavirus lockdown, the Finnish agriculture sector is now facing a severe lack of labour force. Pekka Vänttinen reports from Helsinki.

Lockdown set to be extended. The government is likely to extend the lockdown following the Easter holidays, with ministers insisting that it is too early to consider lifting restrictions. A decision is set to be made on 17 April, but ministers have hinted that the tight restrictions on movement are likely to remain in place until at least early May.

“We are starting to see the impact of the sacrifices we’ve all made,” said Foreign Secretary Dominic Raab, who is deputising while Prime Minister Boris Johnson is treated in hospital having contracted the coronavirus. Although ministers and the government’s scientific advisors say that the lockdown and social distancing is curbing the spread of the coronavirus, they are warning that the peak of the pandemic in the UK could still be one week away. (Benjamin Fox | EURACTIV.com)

Celebrity donations. Irish Rock outfit U2 have become the latest celebrity donors to the cause of fighting the coronavirus outbreak. The group has contributed €10 million to buy personal protective equipment (PPE) for medical staff in the republic.

Meanwhile, the government ordered large stocks of PPE from China, worth over €200 million. The equipment will be delivered to Ireland on a series of Aer Lingus flights, the first of which arrived in Dublin the weekend before last. (Samuel Stolton | EURACTIV.com)

Covid-19 fatalities drop as MPs debate lockdown extension. The number of coronavirus-related deaths in Spain jumped above 15,000 although the daily fatality rate dropped to 683 on Thursday, down from 757 the previous day, the Spanish health ministry said. EURACTIV’s media partner EFE has the detail.

Students between 10th and 12th grade may be able to return to school in May, depending on the evolution of the spread of the novel coronavirus. If schools reopen, students will only have classes in the 22 subjects requiring national exams. (Lusa.pt)

Easter temptation. The family Easter lunch followed by a trip with friends on Easter Monday are long-standing traditions in Italy. For this reason, the Interior Ministry has asked its public servants and the police to be extremely vigilant during the Easter holidays to ensure compliance with the restrictions on travel. (Gerardo Fortuna | EURACTIV.com)

Government satisfied with Eurogroup results. The Greek minister of economy Christos Staikouras hailed the Eurogroup results yesterday, describing it as a good deal as it offers new financial instruments. “It should be the starting point for even more ambitious – future – European initiatives, with a watchful eye on the effects of the coronavirus, but also with a view to restoring the economy to normalcy,” he said.

More restrictions. On Thursday, prime minister Mateusz Morawiecki announced the postponement of eighth-grade and high school graduation exams. The exact date will be announced at least 3 weeks before the planned date. Until 19 April, leaving home should be kept to a minimum, and the distance from others should be at least two metres. Until then, restrictions on shopping malls, cinemas, theatres, all such places, hairdressers, cosmetics and service points will be extended. This also applies to the limit for people in shops and churches.

Closure of schools, suspension of air traffic and international rail traffic will be extended until 26 April. For the next 20 days, until 3 May, the borders will be closed. From next Thursday (16 April), there will be an obligation to cover the mouth and nose in public space. At the same time Morawiecki tentatively suggested that some restrictions may be lifted after Easter in order to mitigate some of the economic crisis. (Łukasz Gadzała | EURACTIV.pl)

Loosening strategy is coming. Restrictive measures introduced because of the coronavirus pandemic have been gradually relaxed in the Czech Republic. For example, the government ruled on Thursday (9 April) that public transport drivers or people in cars no longer have to wear face masks. More shops are to open after Easter holidays, and on 20 April, state institutions should open for the public, too. However, epidemiologist and member of the Central Crisis Staff, Roman Prymula, is somewhat more cautious. “We have a stable addition every day, the virus is here, but under the rules and measures that have been introduced, we are able to control the process,” he warned. (Aneta Zachová | EURACTIV.cz)

The indefinite extension is made possible by the law passed by the Hungarian parliament on 30 March, empowering the government to rule by decree indefinitely during the COVID-19 emergency. (Vlagyiszlav Makszimov | EURACTIV.com)

Churches to remain open on Easter. Bulgaria is the only Orthodox country where churches will remain open on Easter Saturday night, on 18 April. This became clear after PM Boyko Borissov met with the heads of the Bulgarian Orthodox Church on Thursday. The religious leaders rejected the call of the authorities that mass be celebrated in the churches and broadcast to worshippers. Instead, it was agreed that those who really need to attend mass would be able to do so, respecting social distancing. The bishop of Lovech Gavriil said that contamination could not occur in churches which benefitted from heavenly protection. Borissov said the Orthodox Church would be compensated by the state from the lost income of selling candles.

Romanians to the rescue? Slovenia’s Agriculture ministry has become actively engaged in seeking seasonal workforce to work in the fields, with particularly pressing needs seen in hop cultivation. Because of the restrictions, foreign workers are not expected any time soon. However, the Slovene Association of hop growers said on Thursday that 193 Romanian workers are expected to come at the weekend, after the Association secured approval for their transfer through Hungary, the national news agency STA reported.

Deep recession. The government has prepared a package of temporary measures potentially reaching almost 8% of GDP, intended to mitigate the negative impact of the COVID-19 crisis on the economy. On Thursday, the government redistributed extra budget funds worth HRK 2.1 billion (€280 million) and most of those funds will be used for the government’s measure to help employers retain their workers. Tea Trubić Macan has the story.

Epidemiologist: We are dealing with a coronavirus shockwave, no time to discuss democracy.  Epidemiologist and Crisis Headquarters member Branislav Tiodorovic said Serbia is dealing with “a [coronavirus] shockwave that is sure to last until (Orthodox) Easter [19 April], which is an optimistic estimate and depends on [people] keeping social distance.” Read more.