Romania to halt any privatisation for two years 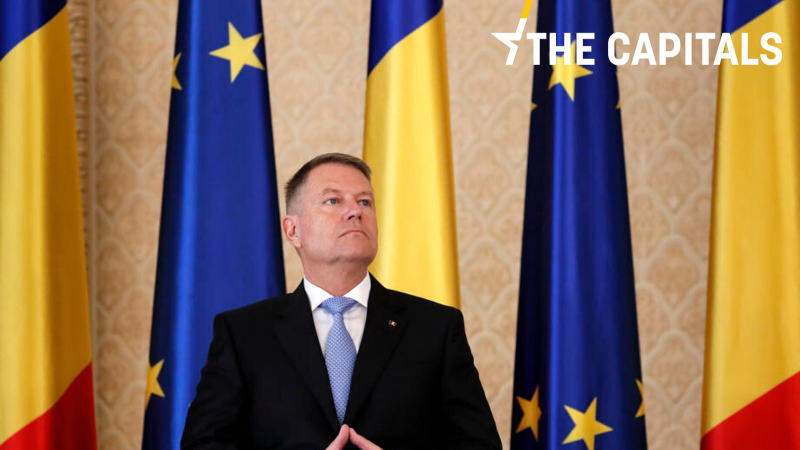 If president Klaus Iohannis doesn't veto it, the law will forbid any sale of state-owned stakes in any company or bank in which the government has some shares, regardless of the size of participation. [ROBERT GHEMENT/EPA]

Before you start reading today’s edition of the Capitals, feel free to have a look at the article “EU agreement on recovery plan by July ‘very difficult’, officials warn” by Jorge Valero.

Now that many European countries have started lifting lockdown measures and opening borders, make sure you stay up to date with EURACTIV’s comprehensive overview, which is regularly updated with the help of our network of offices and media partners. Also, check our country update pages, such as the one for the Netherlands and the Czech Republic.

BUCHAREST. Romania’s parliament on Wednesday (10 June) approved a law that stops any sale of shares owned by the state for the next two years. The draft law was introduced by the socialist PSD party, which has the largest number of MPs and was opposed by the centre-right government. Bogdan Neagu has more.

Maas criticised Israel’s annexation plans. After weeks of virtual diplomacy, German Foreign Minister Heiko Maas (SPD) visited Israel on Wednesday (10 June). Following the meeting, the foreign minister voiced his continued support for a two-state solution as well as Germany’s “honest and serious concerns” about the new Israeli government’s plans to annex large parts of the West Bank. But he did not discuss possible sanctions, should Israel follow through with its plan. (Sarah Lawton | EURACTIV.de)

Mass unemployment warnings. The French government expects the economic crisis to lead to the loss of 800,000 jobs, Economy Minister Bruno Le Maire told MPs in the National Assembly’s finance committee on Wednesday (10 June), adding that the “shock is considerable.” The minister went on to say that: “Our assessment is that we will have to cut 800,000 jobs in the coming months, that is to say, 2.8% of total employment.”

Together with Public Action and Accounts Minister Gérald Darmanin, Le Maire presented the third draft rectifying finance bill presented earlier in the Council of Ministers, which expects the country’s GDP to contract by 11% this year.  (EURACTIV.FR)

15 million face masks not fit for use. A federal government order of reusable masks, set to be distributed from next week to the population, supplied by the Luxembourg company Avrox does not meet official safety standards, health agencies said. Alexandra Brzozowski has more.

Lockdown a week late. The number of coronavirus deaths in the UK would have been halved if lockdown had been introduced a week earlier, Professor Neil Ferguson told lawmakers on Wednesday (10 June). EURACTIV’s Benjamin Fox takes a closer look.

Italian border to reopen next week. Anyone travelling from Italy to Austria can do so without being checked at the border as of 16 June, Foreign Minister Alexander Schallenberg announced on Wednesday (10 June). Italy is the last bordering country to which Austria reopened its borders.

Travellers from 30 non-bordering countries can also enter the country without checks, yet European travellers from Spain, Sweden, the UK and Portugal will still face restrictions. Schallenberg could only confirm the restrictions to be lifted on 1 July for Spain but didn’t give a date with regards to the others. (Philipp Grüll | EURACTIV.de)

Olof Palme’s murder inquiry is closed. The main suspect in the assassination of former Swedish Prime Minister Olof Palme in February 1986 was declared dead on Wednesday (10 June) by Swedish prosecutors after the case had been left unsolved for 34 years. EURACTIV’s Pekka Vänttinen looks into it.

Italian GDP for 2020 could sink up to 14% if virus returns. While Italy’s GDP could drop 11.3% in 2020 if the virus doesn’t return, this figure could creep up to 14% if a second wave followed by additional lockdown measures were to hit the country, according to the OECD’s latest Economic Outlook. EURACTIV Italy’s Alessandro Follis reports.

Spaniards to travel freely within the country from 21 June. The Spanish parliament will soon approve a special plan, put forward by the government, with hygiene and socio-sanitary prevention rules that will be in place in the country once the state of alarm is lifted on 21 June. Among other measures, citizens will be allowed to travel freely throughout the country, EURACTIV’s partner EuroEFE reported.

Although external borders will still be closed to international tourism until 1 July, the internal reopening and freedom of movement will help preserve at least part of industry’s summer after three months of economic “freeze”. EURACTIV’s partner EFE has more.

Recession before the pandemic. The recession in Greece appeared in the fourth quarter of 2019, when the economy fell by -0.7%, leftist opposition leader Alexis Tsipras has said. “Mr. Mitsotakis brought the recession six months before the pandemic,” he told Delphi Economic Forum yesterday (10 June). The former PM also backed the idea of collaboration with Greek socialists while he left the door open for politicians who left his party to return. Sarantis Michalopoulos has more.

Babis on EP agenda. The European Parliament will probably vote on a resolution criticising a suspected conflict of interest of Czech Prime Minister Andrej Babiš next week as most Parliament factions agreed to the plan, the Czech News Agency reported on Wednesday (June 10). The vote was supposed to be held in March but was postponed due to the pandemic.

In the non-final draft resolution, MEPs expressed regret at Babiš controlling the agrochemical holding Agrofert while simultaneously influencing the distribution of EU subsidies as a PM. (Ondřej Plevák | EURACTIV.cz)

Commission: Hungarian poll question “fake news”. The suggestion that Brussels is pushing Hungarians to change the constitution and accept migrants is “fake news, this is not true,” Commission values and transparency chief, Věra Jourová, told reporters on Wednesday (10 June). Her reply to a Euronews journalist was referring to the last item in the taxpayer-funded nationwide poll launched this week. EURACTIV’s Vlagyiszlav Makszimov has the details.

State computer network GOVNET may have been tapped. The police suspect that state computer network GOVNET was wiretapped as a result of which emails and phone calls were intercepted for several months, maybe even a year. While the media reported that working theories could include foreign intelligence being behind the tapping, Prime Minister Igor Matovič said the situation was a “very serious” one if confirmed.

Expensive purchases on the way to the eurozone. The Bulgarian government has decided to buy a stake in the private First Investment Bank (Fibank), which showed capital insufficiency in the banking sector’s last few stress tests.

While the recapitalisation of Fibank is a mandatory condition for Bulgaria’s accession to the EU Banking Union and the so-called waiting room of the euro area ERM II, the government paid almost twice as much for Fibank’s shares as they were traded on the stock exchange. This raises the question of whether unauthorised state aid has been granted to the private bank. On its way to joining the eurozone, Bulgaria will have to start addressing its high inflation and the low quality of institutions. (Krassen Nikolov | EURACTIV.bg)

Prime minister Ludovic Orban has urged MPs to vote for the extension of the state of alert that expires on 15 June to allow authorities to intervene in stopping the spread of COVID-19. Complete relaxation of restrictions would lead to an increase in coronavirus infections, Orban added.

Even after the head of the emergency services discussed with political leaders in parliament on Wednesday (10 June), most parties are against a prolongation of the state of alert at national level and are asking for a solution for the most affected regions. As of Wednesday (10 June), Romania recorded 20,945 cases of coronavirus, 196 new cases compared to the day before. And since the outbreak, 1,360 people have died due to COVID-19. (Bogdan Neagu | EURACTIV.ro)

Lost in translation. Croatian Prime Minister Andrej Plenković said he had received personal assurances from his Hungarian and EPP colleague Viktor Orbán that Budapest did not make any territorial claims to Croatia during last week’s celebration.

In the TV interview conducted amid a political campaign for elections scheduled for 5 July, Plenković explained that it was all a big misunderstanding caused by wrong translation of Hungarian language, and that “Rijeka, the Hungarian seaside“, as it was translated by the Croatia media, was supposed to say “Rijeka, To the Sea, Hungarians“. EURACTIV Croatia’s Tea Trubić Macan has more.

Opposition briefs MEPs on why Serbian election is False. Representatives of the Alliance for Serbia used video-conferencing on Tuesday (9 June) to tell MEP Tanja Fajon and MEP Vladimir Bilcik why they believed Serbia’s next vote was “false” and why no health-related, legal and political requirements had been met for voting to take place, a deputy to the Party of Freedom and Justice president, Borko Stefanovic, said on Wednesday (10 June).

Stefanovic said that opposition representatives had also reaffirmed their readiness to play an active role in securing a free and fair election. Also attending the video-conference were Democratic Party president, Zoran Lutovac, the People’s Party leader, Vuk Jeremic, and a vice-president of the Dveri movement, Tamara Markovic-Kerkovic.

In other news, Serbia’s rule of law deteriorated during the pandemic and the rights of citizens and media freedom are in even greater jeopardy, according to the latest “Alarm Report” of the coalition of NGOs known as “PrEUgovor”, which monitors the country’s reforms towards EU accession. The report also found that such reforms have been stopped and that Serbia’s determination about EU integration has been brought into question. Read more.