Russia defends corruption in Bulgaria from US criticism 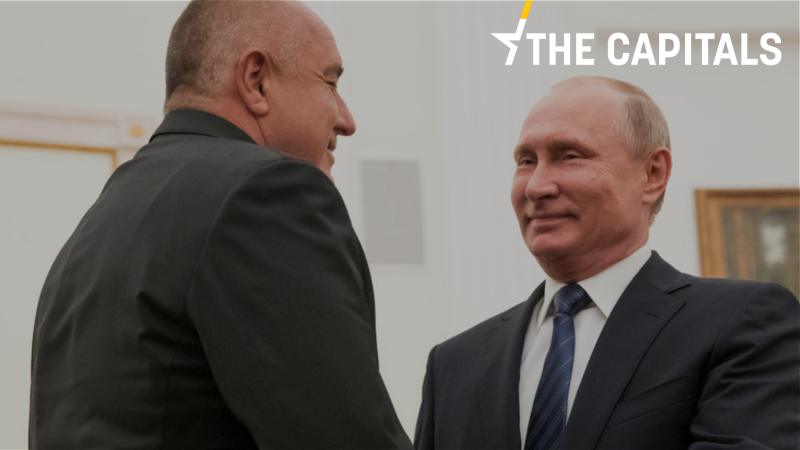 Russia defends corruption in Bulgaria from US criticism. [EPA-EFE/PAVEL GOLOVKIN]

Before you start reading today’s edition of the Capitals, feel free to have a look at the article EU auditing agencies should stand ready for 2022 budget, MEP says, by Sarantis Michalpoulos.

The Russian embassy in Sofia defended the Bulgarian government over criticism from the US State Department in its annual report on the protection of human rights around the world.

The US sharply criticised Bulgaria for police violence, corruption, and pressure on the media. Initially, no Bulgarian institution commented on the report, but instead, a reaction came from the Russian embassy. Read more.

Germany awards another round of permits to close hard coal plants. More than 1,500 megawatts (MW) of coal-fired generation will be shut from 8 December this year, Germany’s energy regulator said on Thursday, announcing the results of the second round of auctions designed to cushion the cost of closing polluting plants. Read more.

“It is clearly the scenario of maintaining them that we favour at this stage,” he told the Senate on Thursday, adding that he would follow the “recommendations of the Scientific Council”, so that selections would take place in the best conditions while ensuring they would not affect the outcome of the vote. (Clara Bauer-Babef | EURACTIV.fr)

Fake festival turns into riots over lockdown measures. An April Fool’s joke festival that got out of hand in Brussels’ Bois de la Cambre park drew a crowd of thousands of people, which were then dispersed by riot police for breaking COVID-19 measures. Read more.

Dutch parliament adopts motion of disapproval against Rutte. Caretaker Dutch Prime Minister Mark Rutte has narrowly survived a no confidence motion against him, though his chances of forming a new government were dealt a serious blow early on Friday, as a majority of parliament said he had not told the truth about remarks made during government formation talks.

In a motion supported by opposition and coalition parties, an independent envoy was tasked to see whether Rutte, who won national elections only two weeks ago, could restore confidence and would be allowed back at the table once formation talks resume. (EURACTIV.com)

Outdoor dining to reopen on 7 April. Luxembourgish MPs adopted a new COVID-19 law on Thursday, with only the majority voting in favour of a strictly controlled reopening of cafés and restaurant terraces.

Terraces will be allowed to open from 6 am to 6 pm and customers will not be allowed to be more than two per table – unless they are from the same household – and must respect a minimum distance of 1.5 metres between tables. Masks will also be compulsory for staff and customers when not seated at tables. The new COVID-19 law also extends the measures currently in place such as the curfew, and a maximum of two house guests, until 25 April. (Anne Damiani | EURACTIV.fr)

Irish premier calls for EU, UK to ‘reset’ over NI protocol. Irish premier Micheal Martin has called for a “reset” of the relationship between the EU and the UK to resolve issues stemming from the Northern Ireland Protocol, which despite being designed to avoid a hard border between the Republic and Northern Ireland after Brexit, has caused tension among unionists and loyalists who oppose it. Read more.

Luxembourg, a tax haven for Finnish companies and the super-rich. Hundreds of Finnish companies, high profile business tycoons and CEOs have been seeking tax relief in Luxembourg, with assets managed by favourable agreements amounting to tens of billions of euros. Read more.

“As the delivery forecast looks today, everyone over 18 should be able to have their first dose of the vaccine at the latest by August 15,” Marie Morell, health care chief of the Swedish Association of Local Authorities and Regions told a news conference. Health Minister Lena Hallengren said the delay was due to a shortage of vaccines and changes in recommendations over how the vaccines are used. (EURACTIV.com)

Mandatory vaccination for Italian doctors, nurses, pharmacists by end of year. Italy’s doctors, nurses and pharmacists must get vaccinated against the coronavirus by the end of December, according to the new COVID-19 decree approved on Wednesday by the Italian Council of Ministers.

“Vaccination is an essential requirement for the exercise of the profession and for the performance of the work performed by the obliged subjects,” according to the decree, and staff refusing to get the jab will be transferred to office duties. (Daniele Lettig | EURACTIV.it)

No Easter break for vaccinations in Spain as case numbers rise. Vaccinations against COVID-19 will continue in Spain over the Easter period as coronavirus case numbers climb again to pass the nationwide threshold of 150 cases per 100,000 people, placing the country at the highest risk level. Read the full story.

Hungary, Poland, and Italy’s Salvini move towards new alliance. The prime ministers of Hungary and Poland as well as Italian populist Matteo Salvini pledged to create a new political alliance on Thursday in Budapest, to the right of the main conservative European People’s Party grouping in the European Parliament. Read more.

Slovak parliament decides not to declare climate emergency. A Slovak petition entitled “Climate Needs You”, calling for the government to declare a state of climate emergency, has been signed by more than 128,000 people, including various politicians and President Zuzana Čaputová.

However, it was not backed by the parliament, which ended up only agreeing on a non-binding statement, advising the government not to support fossil fuel-based projects. Read more.

Slovenian president says no alternative to lockdown. Slovenian President Borut Pahor said there was no alternative but to put Slovenia in an 11-day lockdown to protect the population from a spiralling coronavirus caseload. Read more.

Serbian minister blasts US human rights report. Serbian Interior Minister Aleksandar Vulin on Thursday hit back at a damning human rights report by the US State Department. “The US government can criticise, but it needs to know that its criticism is only as good as its ability to apply what it asks of others to itself,” Vulin said. Read more.

Mass vaccination began in North Macedonia on Wednesday, with 24,000 doses of the AstraZeneca vaccine, which had arrived via the COVAX system. Previously, Serbia donated 8,000 Pfizer vaccines, which were the first vaccines to arrive in North Macedonia and were used to vaccinate medical personnel. (EURACTIV.rs | betabriefing.com)

Blinken: No Dayton II, but limited changes to Bosnia and Herzegovina constitution. US Secretary of State Anthony Blinken has urged in a letter, for Bosnia and Herzegovina’s (BiH) three presidency members to engage in the implementation of “limited constitutional change that is necessary to reform the electoral system consistent with the requirements of the European Union membership and the rulings of the European Courts.” Read more.