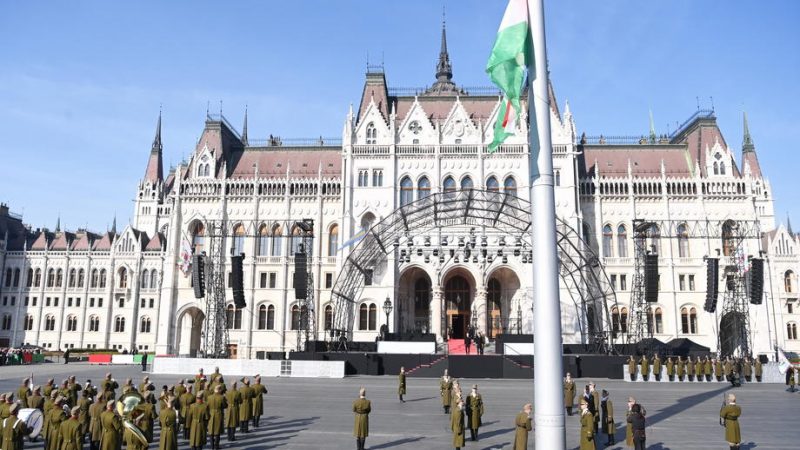 The Hungarian flag is hoisted in front of the House of Parliament to commemorate the 174th anniversary of the outbreak of the 1848 revolution and war of independence against Habsburg rule in Budapest, Hungary, 15 March 2022. In the background, Speaker of the Parliament Laszlo Kover (L) and outgoing Hungarian President Janos Ader (2-R) look on during the celebration. [EPA-EFE/Noemi Bruzak HUNGARY OUT]

Thousands of Hungarians were set to join various public events in Budapest on Tuesday (15 March) to mark the start of the 1848 uprising. This year’s celebration of the event – which ended with a brutal Tsarist putdown – takes on particular significance as Moscow’s invasion of Ukraine looms large over April’s general polls.

However, whether one attends the pro-government ‘Peace March’ or the opposition’s rally, reflects the deeply seated divisions in a society split by its opinion on Prime Minister Viktor Orbán, in power since 2010.

Almost two hundred years after Russian Tsar Nicholas I answered the call for help of emperor Franz Joseph and put down Hungarian revolutionaries demanding self-determination and political freedoms, Russia’s role is again set to be crucial for Budapest’s political future, albeit indirectly.

Orbán has come under scrutiny for his close ties with Russian President Vladimir Putin, as he went on a ‘peace mission’ to Moscow at the beginning of February. 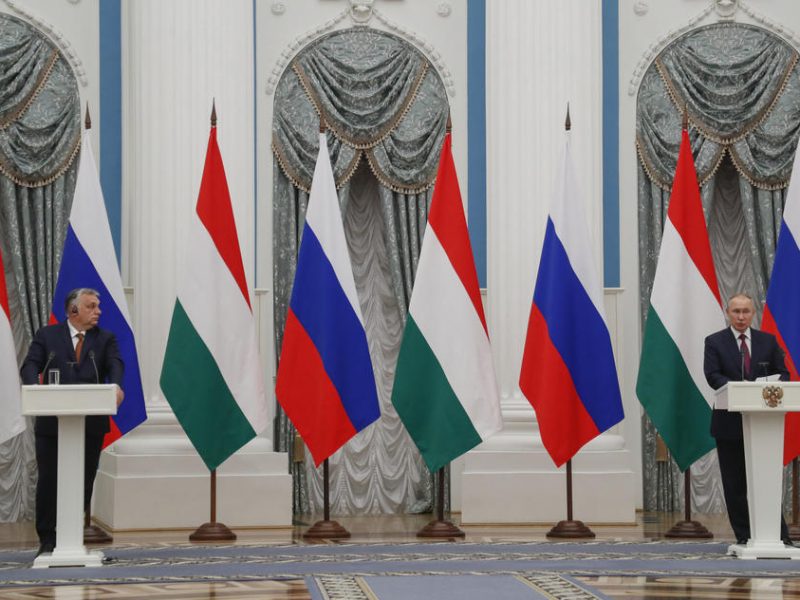 In a sign of ever-growing links between Budapest and Moscow in the run-up to the war, Foreign Minister Péter Szijjártó received the Russian Order of Friendship from Sergei Lavrov, his Russian counterpart last December.

“Hungary is the only country where from the very first hours of the war the pro-government media was totally spreading pro-Russian, pro-Kremlin propaganda and trying to antagonise people against Ukraine,” said Marius Dragomir, the director at the Centre for Media, Data and Society (CMDS) at the Central European University (CEU).

Even though Hungary has backed Western sanctions and has promised to let NATO troops into the Western part of the country, it refused to let weapons shipments to Ukraine through its territory and blamed Brussels for sanctions’ fallout. 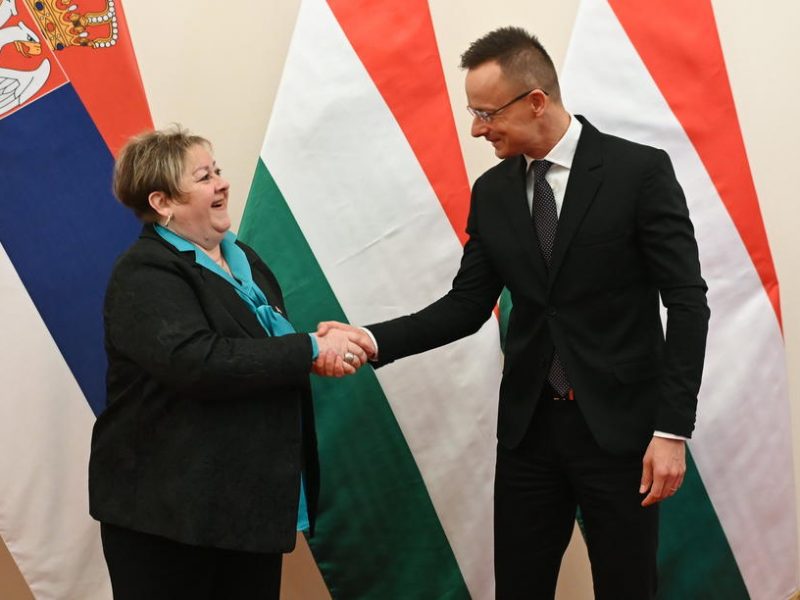 Hungarian foreign minister Péter Szijjártó called Sberbank a ‘victim’ of the EU’s sanction policy after the Russian bank said it was leaving Europe after bloc regulators announced their license would be revoked.

Pundits on government-tied networks are not the only ones expressing sympathetic statements towards Russia.

“It is not right to invade another country, it is not right for them to decide whether Ukraine can be a member of the EU or NATO, but is it serving peace or conflict to push the NATO front line into what was once Russia’s sphere of interest?”, Fidesz’s parliamentary speaker László Kövér told participants at a campaign event recently.

Orbán “is trying to play in both camps, he’s trying to play with the EU, where a lot of the money is still coming from and secondly, he doesn’t want to antagonize Putin”, Dragomir told EURACTIV.

“They bring the minimum when it comes to sanctions, pro-EU and NATO positions,” Péter Krekó, head of the Political Capital think-tank, said.

“The narrative in Hungary is something totally different, then they just would like to satisfy this anti-Western sentiment that they have helped to create.”

According to Krekó, the government’s main message now is that “the government wants peace, the opposition wants war”.

“In a country that is close to the crisis this kind of peace narrative approach into the election can be rather attractive,” he said.

Another issue for Krekó are “huge pro-Kremlin troll infrastructure” on Hungarian-language social media, the tool remaining in the hands of the Kremlin even as Moscow’s media like Russia Today and Sputnik was banned in the EU. 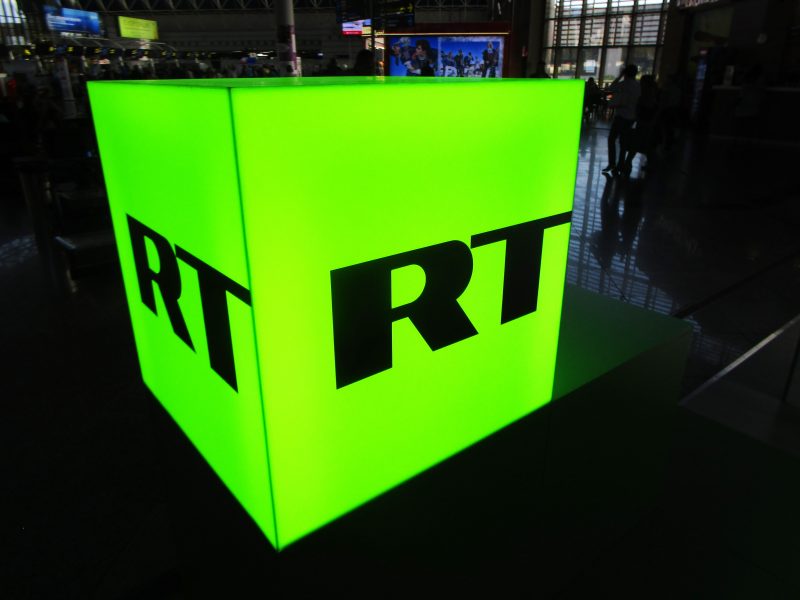 These trolls then punish those condemning Moscow’s actions but give positive feedback for pro-Russian content, which “creates the false perception that the majority of the Hungarian society is rallying around, not just the flag, but the Russian flag as well,” Krekó said.

The approach seems to be working, at least according to government-leaning Nézőpont, which recently found seven out of ten active voters expect Fidesz-KDNP to win the 3 April parliamentary elections.

Experts, however, point out it is too early to tell whether and how the government will manage to manoeuvre through the new geopolitical realities.

Krekó also pointed out that these narratives are reaching a population whose opinion on the Russia invasion is split.

According to a recent poll commissioned by Euronews, Hungarians are divided on whether the conflict is a dispute between the two countries (51%), or amounts to Russian aggression against a sovereign state (49%). The majority, however, makes Russia responsible for starting the military conflict (58%) and thinks Hungary has become too close to Moscow (60%).

Consequently, Krekó said the government is now “sending every message possible, from the most hawkish, pro-Atlanticist messages to the most dovish, soft pro-Russian and ‘blame the West’ type of narratives and everyone can cherry pick what they want.”

For Krekó, while the united opposition running on a single platform is right to focus on blaming Fidesz for getting too close to Russia, it “missed the opportunity to build this whole election up as this big choice between the West and East, between autocracy and democracy.”

However, the opposition, which is running on a single platform led by joint prime ministerial candidate independent conservative small town mayor Péter Márki-Zay, seems to have been catching on as posters asking Hungarians to choose between ‘Putin or Europe’ have appeared in the Hungarian capital.

In a homage to the dozen demands written by the leaders of the Hungarian Revolution of 1848, the opposition, joined by Donald Tusk, the Polish president of the European People’s Party, said it will present its own 12 points at a rally on Tuesday afternoon.