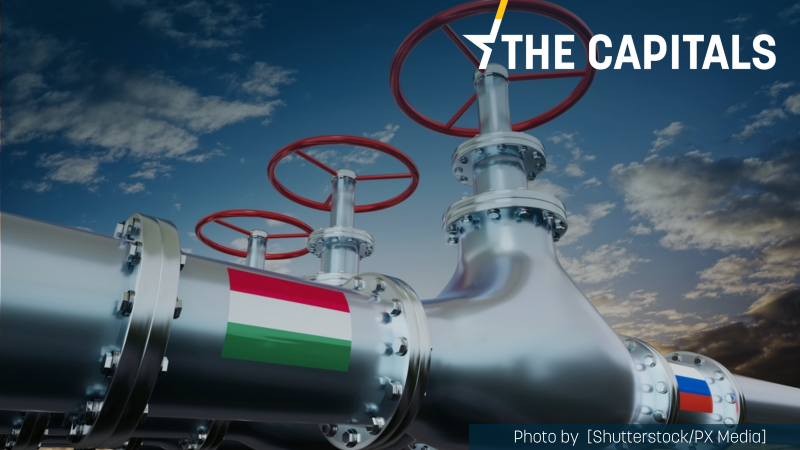 Under the Commission’s proposal that would see a “complete ban on all Russian oil” and refined petroleum products within the next six months, Hungary and Slovakia would be allowed to continue buying from Moscow until the end of 2023 under existing contracts. [Shutterstock/PX Media]

Moreover, sources said Greece and Cyprus raised objections to another proposal to ban all shipping companies that are EU-owned or have European interests from transferring Russian oil into Europe or elsewhere in the world. Read more.

German industry backs oil embargo plans. Germany’s main industry associations have voiced clear support for the EU’s plans to impose a gradual Russian oil embargo, even though they said it would be a challenge. Read more.

French Insoumise agreement with Socialists endorses ‘disobeying’ EU rules. Some EU rules could be ‘disobeyed’, according to the electoral agreement between the French Socialist Party and Jean-Luc Mélenchon’s radical left party due to be ratified by the Socialist Party’s National Council Thursday evening. Read more.

Dutch face food shortage amid spring drought. The farmers association, ZLTO, fear that the lack of rain this spring could lead to crop failure and a food shortage, broadcaster NOS reports. Read more.

Nordic countries want fast ratification of Swedish, Finnish NATO membership. The five Nordic prime ministers gathered in Copenhagen for the India-Nordic summit, where green energy, Russia and a possible fast NATO ratification period for Sweden and Finland were on the agenda on Wednesday. Read more.

Finland plans to strengthen its Eastern border. The 1,300-kilometre border separating Finland and Russia is getting a makeover as the government wants new fences on some parts of the Eastern border and to replace two Dornier 228 surveillance aircraft with new multirole planes. Read more.

Renew Europe welcomes first Greek MEP who left EPP. Giorgos Kyrtsos, an EU lawmaker of the centre-right European People’s Party (EPP), decided on Wednesday to leave the party and join the centrist Renew Europe group in the European Parliament. The move comes as a result of an ongoing row between the MEP and his national New Democracy party, which belongs to the EPP. Read more.

Poland wants to become CEE’s main oil supplier, replace Russia. Poland’s largest majority-state-owned oil company PKN Orlen says it can replace Russia as the main oil supplier for Central and Eastern Europe (CEE) as it has the infrastructure, the right suppliers, and enough fuel to ensure a continuous supply of oil to the region. Read more.

War crimes among priorities of Czech EU presidency. The investigation and prosecution of war crimes will be among the topics of the Czech EU Council presidency in the second half of 2022, Justice Minister Pavel Blazek (ODS, ECR) has said. Read more.

Hospitals in Zagreb ignore law, refuse medically justified abortion. Hospitals in Zagreb have refused to perform an abortion on a pregnant woman whose 24-week-old foetus was diagnosed with a malignant and deadly brain tumour, reviving the abortion debate in the staunchly Roman Catholic country. Read more.

Slovenian central bank intervenes in housing market. Slovenia’s central bank has announced an adjustment of mortgage lending standards in a move that could spur demand for loans, even as it acknowledged that the housing market is already overheated. Read more.

Bosnian Croat leader: Holding elections in October is threat to peace. Dragan Čović, leader of the biggest Bosnian Croat party, the HDZ, criticised the decision of the national electoral commission to call countrywide elections for 2 October without implementing any changes to the electoral law sought by Croats. Read more.