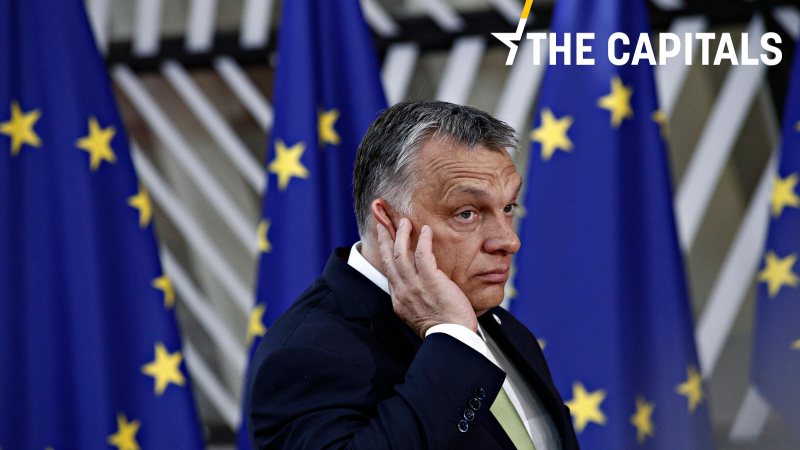 EP to debate summit deal. The European Parliament will adopt a critical stance against the European Council’s recovery plans on Thursday (23 July), opposing cuts to EU-funded programmes in the bloc’s long-term budget while also hitting out at the alleged ‘weak’ nature of rule of law conditionality. Read the full story here.

Dull was booted off the Index’s management board for publicly warning a month ago of a planned overhaul that would jeopardise editorial freedom and setting the website’s internal independence barometer to amber alert. EURACTIV’s Vlagyiszlav Makszimov has more details.

At Facebook, we are committed to helping small businesses succeed. We partnered with the World Bank and the OECD to survey businesses in 50+ countries and regions to understand the challenges they face and ways we can better support them.

The comments are the latest criticism of BaFin, as many have wondered how the agency had overseen the €2 billion missing from Wirecard’s balance sheets. Scholz’s proposals hit directly on this question, as he called for improving BaFin’s auditors. EURACTIV Germany’s Sarah Lawton looks into what else was said.

Travellers from high-risk countries will need PCR tests. As of Friday (24 July), travellers from high-risk countries can only enter Austria with a negative PCR test no older than 72 days, Interior Minister Karl Nehammer (ÖVP) told reporters on Thursday (22 July). By comparison, Austrian citizens and residents in “reasonable exceptional cases”, will have 48 hours upon entry to do a test.

Up until now, it was possible to enter Austria from high-risk countries without having a negative PCR test as long as travellers would self-quarantine for 14 days right after crossing the border.

SNCF could receive several billion in state aid. After France’s government bailed out national flag carrier Air France with €7 billion in aid, state-owned rail company SNCF will now also benefit from government aid, Transport Minister Jean-Baptiste Djebbari told French daily Le Figaro. The minister is considering several options such as “the recapitalisation of the group or the assumption of an additional part of the debt”.

In mid-June, SNCF CEO Jean-Pierre Farandou estimated that the loss of earnings amounted to about €5 billion, as it was heavily impacted by the strikes against pension reform and the COVID-19 health crisis. (Anne Damiani | EURACTIV.FR)

Tightened measures ahead? Belgium’s National Security Council (CNS) meets later on Thursday (23 July), with no relaxation of the current COVID-19 measures on the agenda. On the table are plans with which local authorities will be able to take specific measures, from curfews to a local closure of the catering industry. and reducing social “bubbles” from 15 to 10 people.

The meeting might not go without tensions between regions and federal government: Antwerp mayor Bart De Wever (N-VA) had rushed forwards with six additional COVID-19 measures ahead of the meeting on Wednesday (22 July), proposing that meetings be limited to 10 people from Saturday, people going to a café asked to leave their contact details and requirements for people to wear a mask in more places.

Thirty-three clusters. Tracing measures revealed that a third of the new coronavirus outbreaks were detected in schools and colleges across Luxembourg last week.

“For the moment, it is still possible to manage the situation,” Health Minister Paulette Lenert told a press conference on Wednesday (22 July). Considering that “44%” of the 684 new COVID-19 cases detected in the past week “were already in quarantine”, Lenert estimated that “the virus’ chain of transmission was broken”. (Anne Damiani | EURACTIV.com)

Country confused about EU summit results. Dark sunglasses, no smiles, no comments. Just a quick and icy walk from the government jet to a limo. The homecoming of Finnish Prime Minister Sanna Marin after the marathon summit over the weekend was a far cry from the triumphant atmosphere in the early hours on Tuesday morning in Brussels.

The prime minister returned home to a country divided over the outcome of the marathon summit. EURACTIV’s Pekka Vänttinen reports from Helsinki.

Labour’s anti-semitism row reignites. The opposition Labour party’s civil war over allegations that it turned a blind eye to anti-semitism under Jeremy Corbyn’s leadership reignited on Wednesday (22 July) when the party agreed to pay “substantial” damages to seven former employees who sued the party over the issue. EURACTIV’s Benjamin Fox has more.

‘EU lived up to its history’, PM Conte says. “It has been an extraordinary meeting, also in terms of difficulty. The agreement represents a key achievement which shows that the European Union lived up to its history”, Italian Prime Minister Giuseppe Conte told the Senate on Wednesday (22 July) after addressing the Senate and the Chamber of Deputies in separate meetings about the European Council summit which decided on the EU Recovery Fund and the EU’s next long-term budget known.

“The EU is facing a life-changing crisis, one that forced its citizens to reconsider their perspectives and development. The EU was able to answer with courage, approving for the first time an ambitious budget programme”, the prime minister added. EURACTIV Italy’s Alessandro Follis has the details.

Spain will deliver labour reform plan, without lowering pensions. The Spanish government said it will fulfill its commitment to change the country’s labour laws and will not lower public pensions after the approval of the EU recovery fund earlier this week, Labour Minister Yolanda Diaz said on Wednesday (22 July).

Her comments echoed remarks by Foreign Minister Arancha Gonzalez, who said Spain intended to reform its labour laws to reduce the structural unemployment rate as part of commitments tied to the disbursement of the EU Recovery Fund. Read more here.

Poland ‘great winner’ of EU summit, says PM. Poland is returning from the EU summit as a great winner, being the largest beneficiary of the cohesion fund, while the EU budget means that the chance for Poland for a golden decade is much higher, Prime Minister Mateusz Morawiecki told the Polish Parliament on Wednesday (22 July).

“The best proof of our victory is a few quotes from the international press,” he said, holding up print outs from several media outlets criticising the watered down rule of law conditionality in the budget. One of them, was EURACTIV’s very own.

A letter from Breton. A national proposal that would oblige Czech stores to sell at least 55% of local foodstuffs by 2021 and 85% by 2027 violates EU law, Internal Market Commissioner Thierry Breton wrote in a letter addressed to Czech Agricultural Minister Miroslav Toman. EURACTIV.cz’s Aneta Zachová reports from Prague.

While the opposition is claiming Matovič  plagiarised his master’s thesis and failed to uphold his promise to perform his role honestly and in the interest of citizens, Matovič´s coalition partners who hold a majority in the National Council, say they will not support the move against him.

New parliament constituted. A total of 151 newly-elected MPs have been sworn in on the first founding session of the 10th Croatian Sabor and Gordan Jandroković was elected as the speaker of the house with 143 votes in favour, none against and one abstention. EURACTIV Croatia’s Tea Trubić Macan with an overview how the new parliament looks like.

Slovenia content with increased agri-funds in new EU budget. Slovenia can be satisfied with the outcome of talks on the EU’s new seven-year budget and recovery package, said Agriculture Minister Aleksandra Pivec, according to the daily newspaper Delo. In the next seven-year period, the country will receive €1.6 billion for farming and rural areas, which is 4.5% more than in the current period. (Zoran Radosavljević | EURACTIV.com)

Getting ready. Romania’s government is more than happy with the allocation it got from the European Council. Prime Minister Ludovic Orban told ministers to prepare programmes and projects to be financed by the end of this month, adding that he is “certain we will be ready to use all the funding to ensure an unprecedented development for Romania.” This time the authorities will be better prepared and have the plans ready by the end of October, noted both the prime minister and President Klaus Iohannis. According to the 27 leaders’ agreements, Romania will get around €80 billion from both the MFF and the New Generation EU.

In other news, Romania recorded for the first time ever more than 1,000 coronavirus infections in a 24-hour interval. By noon on Wednesday, 1,030 people were tested positive for the virus within the past 24 hours, according to data released by public health authorities, while 372 others had tested positive in a test repeat. Since the start of the pandemic, 40,163 people were found infected with the new coronavirus in Romania. Following the spread in recent weeks and with a new law on quarantine adopted last week, the government decided Wednesday to lock down two localities where COVID-19 outbreaks were reported.

Record investment. The European Bank for Reconstruction and Development (EBRD) announced On Wednesday (22 July) that it had invested a record high €279 million in new projects in Serbia in the first half of this year to mitigate the economic effects of the coronavirus pandemic. This is double the €130 million invested in the first half of 2019, according to the EBRD’s statement.

The EBRD has increased its financing of the key banks that aim to support small and medium-sized enterprises (SMEs) impacted by the pandemic; the Serbian members of the Banca Intesa, Erste Bank, Eurobank, Procredit Bank and Unicredit Bank groups. (EURACTIV.rs  betabriefing.com)