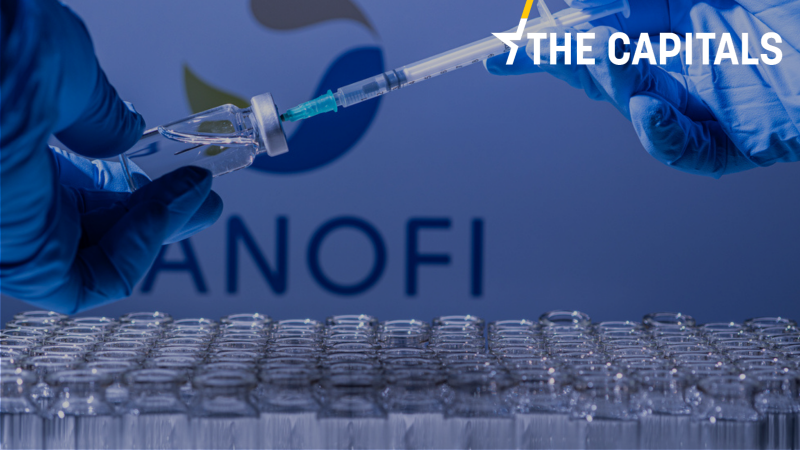 Before you start reading today’s edition of the Capitals, feel free to have a look at the article “Media sector fears EU ban on targeted advertising“.

Slovenia’s Janša calls for combination of EU’s soft, hard power. Slovenia’s Prime Minister Janez Janša has told the country’s parliament that the EU must come up with strategic answers to strategic challenges, working both on its soft and hard power to become a major player regionally and globally. More.

Austrian regional court rules that push-backs on Slovenian border are unlawful. A regional court in the Austrian state of Styria has ruled that the practice of pushing back asylum seekers into Slovenia is illegal. Read more.

Belgian defence minister announces overhaul of military intelligence services. An action plan aimed at reviewing the functioning of Belgium’s military secret service will be ready by the end of the year, Defence Minister Ludivine Dedonder announced on Monday in the wake of a month-long manhunt for far-right fugitive Belgian soldier that gripped the country. Read more.

Bettel tested positive on 27 June and was admitted into hospital on Sunday, where he was placed under observation. The 48-year-old prime minister will stay for further observation due to low oxygen levels, the government said.  (Anne Damani | EURACTIV.fr)

Swedish Social Democrat Löfven is asked to return as PM. Social Democrat Stefan Löfven will try to win a new term as Sweden’s prime minister in a parliamentary vote on Wednesday (6 July) after the assembly’s speaker asked him to return to the post he quit last month. More.

Johnson confirms easing measures. The wearing of face masks will no longer be compulsory and social distancing rules will end in England on 19 July, Prime Minister Boris Johnson confirmed on Monday. More.

Ireland will soon start using digital COVID-19 passport. Irish Prime Minister Micheal Martin has confirmed that the COVID-19 digital passport will be available in Ireland from 19 July, despite concerns from some government officials. Read more.

Spanish regions to reimpose restrictions on nightlife. Local authorities in Spain have said they will roll back relaxations of restrictions on party venues and nightclubs as primary healthcare services are having to deal with a rise of COVID-19 cases among the country’s youth. EURACTIV’s partner EFE reports.

“The basis for the ban on public gatherings could not be the law on preventing and combating infections, to which the government referred in subsequent regulations. The problem is that this law does not provide grounds for such restrictions on freedom”, argued the commissioner for human rights, Adam Bodnar.

Commissioner Bodnar has been a vocal critic of the ban on public gathering, saying it violated the essence of the constitutional freedom of assembly and prevented citizens from effectively exercising this freedom. (Joanna Jakubowska | EURACTIV.pl)

Slovakia sends record low volume of waste to landfill in 2020. For the first time in the Slovakia’s history, less than half or 48% of the municipal waste landed in landfills in 2020 while 44% was recycled, the country’s statistics office has announced. Read more.

Bulgaria looking to donate expiring vaccine doses. Caretaker Prime Minister Stefan Yanev announced that the Bulgarian government is deciding which country to donate their leftover COVID-19 vaccine doses as they are at risk of expiring soon. Read more.

Croatian parliamentary commission strips MP immunity. Croatia’s parliamentary Credentials and Privileges Commission has voted to strip MP Vinko Grgić of immunity from prosecution so he can be investigated on suspicion of bribe-taking and abuse of office at the request of the European Public Prosecutor’s Office (EPPO). Read more.

Training of Serbian police in Russia to continue. The Serbian interior minister, Aleksandar Vulin, and the Russian ambassador to Serbia, Alexander Botsan-Kharchenko, agreed on Monday that the training programme for Serbian police officers at Russian universities should continue.

Serbia’s interior ministry said training would focus on terrorism, organised crime, cybercrime, drug trafficking and emergencies. The Russian ambassador said that he would continue to provide unconditional support to Serbian leaders in their efforts to keep Kosovo within Serbia.

In other news, the Serbian speaker, Ivica Dačić, said on Monday that the Communist Party of China was a symbol of the transformation of China and its society, and the most influential political organisation in the world.

“The Communist Party of China is a symbol of China’s transformation into today’s largest economic, technological and developmental power in the world, the country that demonstrated strength to help its people in the most difficult of times,” Dačić said in an interview with the China Media Group (CMG) on the occasion of the party’s 100th anniversary. (EURACTIV.rs | betabriefing.com)

Kosovo needs evidence for genocide lawsuit against Serbia. Kosovo will have to provide strong evidence if it decides to sue Serbia for genocide, warned the special US State Department envoy for the Western Balkans, Matthew Palmer, exit.al reported.