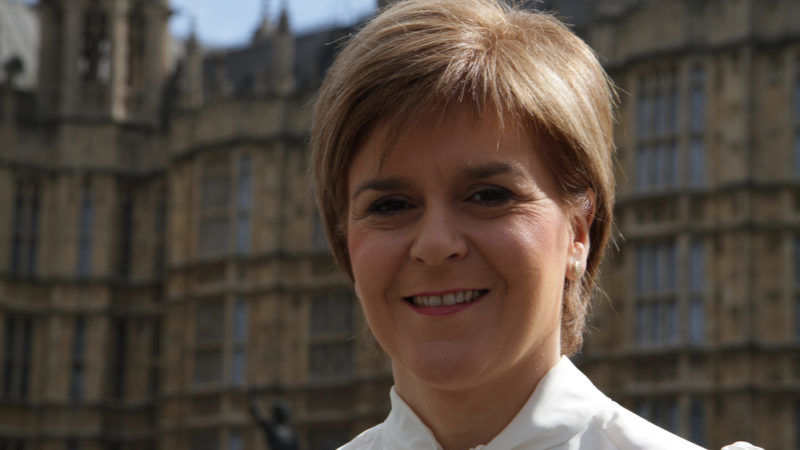 A hard Brexit may lead to the break-up the the United Kingdom. [Twocoms/Shutterstock]

Lawmakers are due to back Sturgeon’s call for a second referendum when they vote in Edinburgh on Wednesday evening, following a two-day debate in the devolved parliament.

“For the UK government to stand in the way of Scotland even having a choice would be, in my view, wrong, unfair and utterly unsustainable,” Sturgeon, Scotland’s first minister, said on Tuesday.

As head of the ruling Scottish National Party (SNP), Sturgeon has been a champion of independence although she needs approval from London to forge ahead with a referendum.

Winning the Scottish parliament’s approval would pave the way for her to ask the British government for the power to call another vote.

Scotland rejected independence in 2014, although the SNP argues Britain’s decision last June to leave the European Union warrants a fresh referendum as Scotland voted to remain within the bloc.

British Prime Minister Theresa May on Friday accused the SNP of “divisive and obsessive nationalism” and defended the “precious, precious union” of England, Scotland, Northern Ireland and Wales.

The premier has said she aims to get the best divorce package from Brussels for Scotland and the rest of Britain, with formal Brexit proceedings to be started by the government on 29 March.

May has insisted “now is not the time” for another Scottish referendum, which Sturgeon has suggested should be held by spring 2019 at the latest.

This would see a vote take place before Britain leaves the EU, although the first minister has let room for negotiation on an alternative timetable “within reason”.

The SNP has won the support of the pro-independence Scottish Greens ahead of Wednesday’s parliament vote, bringing it the majority needed to defeat opposition from the Scottish Conservative, Labour and Liberal Democrat parties.

Despite Sturgeon’s ardent support for a second referendum, current polls show she may not win a vote.

The survey also found a rise in Euroscepticism, from 40% in 1999 to 67% last year, which could prove challenging to the pro-EU strategy underpinning the SNP’s referendum campaign.

Sturgeon has warned that leaving the European single market would cost Scotland tens of thousands of jobs, although voting for independence would not necessarily maintain Edinburgh’s access.

EU officials have indicated an independent Scotland would have to reapply to join the bloc, rather than inherit Britain’s membership once it leaves the union.

Despite uncertainty hanging over Scotland’s place in the Brexit era, Sturgeon on Saturday remained unwavering in her fight for a new referendum.

“Scotland should not be dragged out of Europe by a Tory government intent on a disastrous hard Brexit.

“They are now terrified of the verdict of the Scottish people,” she told supporters in the city of Aberdeen.