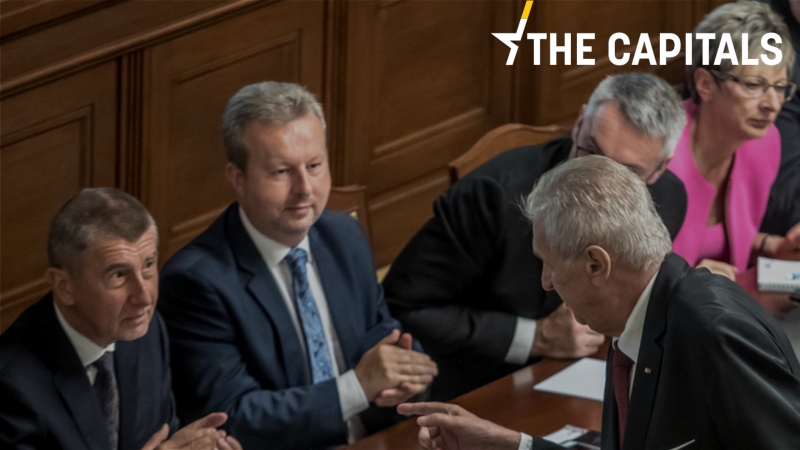 “According to the opinion of Central Military Hospital, President Miloš Zeman is currently not able to fulfil any work duties due to health reasons,” Vystrčil said during a press briefing, adding that the chance of the president's recovery in upcoming weeks is highly uncertain. [EPA-EFE/MARTIN DIVISEK]

JOB OPPORTUNITY: EURACTIV is looking to grow its Paris and Berlin offices and is currently  for experienced French and German language news editor. If you feel up to the challenge, make sure to apply for the German position here, and for the French one here.

After several days of uncertainty, the Czech public finally learnt part of the truth regarding the health issues of Czech President Miloš Zeman. Read more.

Janša says Slovenia not being stripped of EU dossiers. Prime Minister Janez Janša dismissed the statement by opposition Social Democrat (SD) leader Tanja Fajon that Slovenia is being stripped of dossiers that are part of its current EU Council presidency as he attended questions’ time with deputies in the National Assembly on Monday. Read more.

Firms to face new regime on environmental impact. Businesses in the UK will be required to disclose the impact of their activities on the environment under new rules to be introduced by ministers. Read more.

Decline in post-Brexit shipment of goods across Irish Sea. Lorry freight volumes moving across the Irish Sea between Britain and Ireland fell by one third in the first three quarters of 2021, the Irish Times reports. Read more.

Poland’s extreme far-right has a problem with its leader. A week after 200,000 people protested againstPolexit, the links between the far-right radical movement of Robert Bąkiewicz, which sought to disrupt the peaceful protests, and the ruling party are being revealed. Read more.

Slovakia’s government working on reforming municipalities without them knowing. Slovakia’s interior ministry is, according to their own statement, working on a reform of public governance and municipalities, but local authorities have not been informed, EURACTIV Slovakia reports. Read more.

Bulgarian government under pressure to impose severe COVID-19 measures. This week, the Bulgarian government will impose stricter restrictive measures as it grapples with the fourth wave of the pandemic. The country is expected to introduce a mandatory green pass for a number of public places indoors and limit mass events. Read more.

Kosovo elects 17 mayors in first local election round. More than half of Kosovo’s 38 mayors will be decided in runoffs next month, following Sunday’s local elections. Read more.

Term starts for Albania`s unvaccinated students. University students in Albania headed back to their classrooms on Monday, late starting the new academic year due to the coronavirus pandemic. Read more.