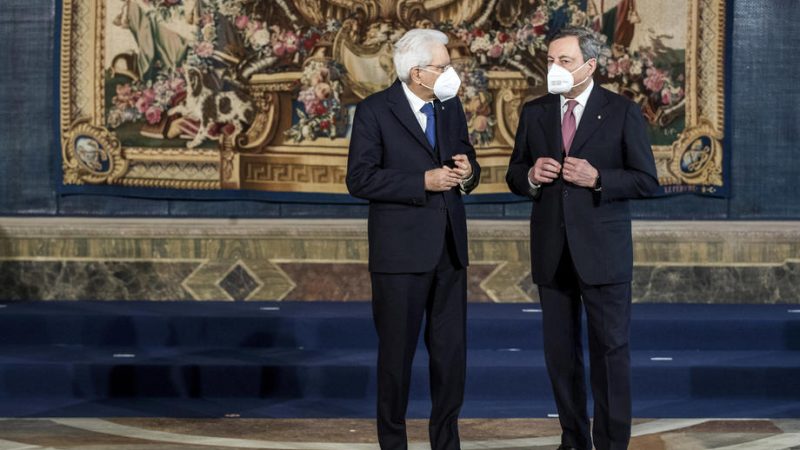 Current head of State Sergio Mattarella and PM Mario Draghi are among the names for the Italian presidential race. [MONALDO/EPA]

Political uncertainty reigns in Italy as the presidential race begins. As of Monday (24 January), lawmakers and delegates from regional administrations have gathered in Rome to elect Italy’s president for the next seven years, as Sergio Mattarella’s office is formally due to expire on 3 February.

So far, no official candidate has been put forward by the relevant players, who are still busy fine-tuning their strategies ahead of the showdown.

The presidential election will be a delicate exercise open to surprises: every vote counts as the peculiar election system by secret ballot lend itself to plots and manoeuvrings in the best Machiavellian tradition.

Though a convoluted process, EURACTIV has you covered. Here are six key things to know about the presidential race.

1) How does the voting process work?

The vote started on Monday (24 January) at 3 pm, with the counting of votes expected in the evening. Voting sessions will continue until a candidate reaches the necessary proportionate threshold to get elected.

There are a total of 1,008 voters, comprised of Senators, MPs and regions’ delegates.

In the first three voting sessions, the president needs a majority of two-thirds in order to be elected, meaning they need a minimum of 672 votes.

If no candidate has been decided on at this point, then for the fourth voting session onwards, an absolute majority – a minimum of 505 votes – will suffice.

2) How long does the voting take?

There’s no time limit for the length of the election procedure.

Due to current COVID measures, there will be one voting session per day. However, it is extremely unlikely that there will be a winning candidate before the fourth vote, according to current political projections.

Historically, the length has varied. It took only one voting session for Francesco Cossiga and Carlo Azeglio Ciampi to be elected, in 1985 and 1997 respectively, while the record for the longest election belongs to Giovanni Leone, elected after 23 sessions in 1971.

3) Why is this vote important?

The president of the republic is a central figure in the country’s political system. The role has significant powers, including electing one-third of the Constitutional Court’s judges, calling for new elections, and promulgating all laws, as well as spear-heading crisis response.

The president remains in office for seven years, providing a stable reference point for foreign governments, regardless of the internal political situation. As such, international credibility can be a crucial asset for a successful candidate.

4) Who are the candidates?

There are no formal candidates at the moment. Parties are still considering the possible moves, following the decision against the controversial candidature of Silvio Berlusconi.

There are two likely scenarios, however.

The first is the status quo option: Sergio Mattarella. He is the current head of state, and so far, the only candidate with the possibility of meeting the high two-thirds majority of the first three votes.

Mattarella might also be a potential name if the deadlock among the parties cannot be sorted out. This happened in 2013, with the temporary re-election of Giorgio Napolitano who resigned after two years.

However, the current president has already expressed the wish not to be re-elected and retire to private life.

Another option would be the complicated Draghi scenario. The name of Mario Draghi, Italy’s current prime minister and former president of the European Central Bank, has been circulated recently.

However, moving Draghi from the executive to the Quirinal Palace is extremely complicated. It would trigger snap elections, which many want to avoid.

Apart from the fear of political instability, many MPs want to avoid anticipated elections at all costs, as Italian citizens voted for reducing the number of parliamentarians by 36% in a constitutional referendum in September 2020.

This means that a good share of lawmakers already know they will not be re-elected.

Andrea Riccardi, the founder of the Community of Sant’Egidio, is expected to be the first name proposed by both centre-left Partito democratico and the Five Star Movement.

And as with any race, of course, there are the underdogs: Marta Cartabia, Justice Minister and the first woman to chair Italy’s Constitutional Court, is the impartial figure with the highest odds of winning the race, followed by another former Justice minister Paola Severino and Elisabetta Belloni, a diplomat who is currently the head of the secret service department.

If Draghi is elected and subsequently leaves office, it’s difficult to imagine other personalities able to keep together Italy’s extremely belligerent parties.

At the same time, if Draghi’s bid to become President is unsuccessful, the result will likely dent his leadership – and consequently, the stability of his government.

Other outcomes could have repercussions on the executive too, such as the re-election of Mattarella, which some might see as a failure of the political system. 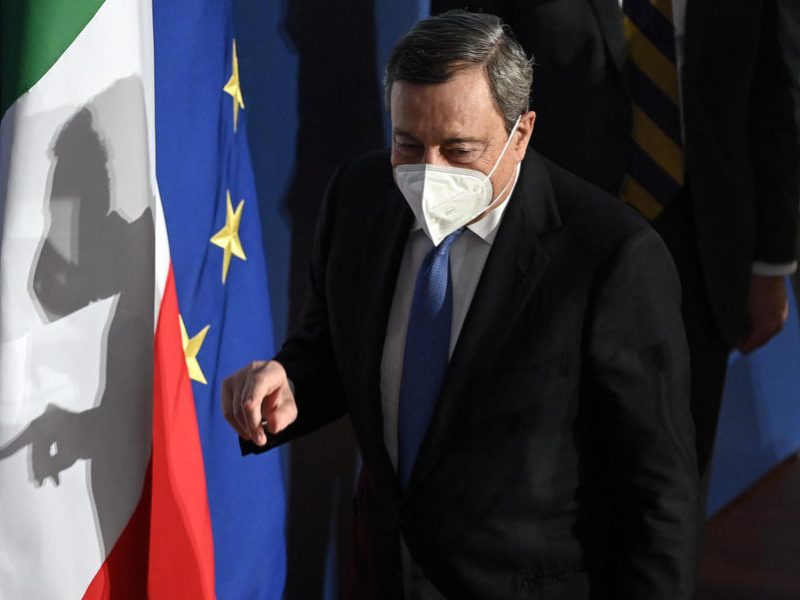 Does Draghi stay or go? Italy readies for new president

Italy’s parliament will start voting on January 24 for a new president, with Prime Minister Mario Draghi widely expected to take over despite the risk of destabilising the country’s post-pandemic recovery.

According to the Italian political fact-checker Pagella Politica, the centre-right coalition can count on 452 votes, while centre-left parties together with the Five Star Movement have 413.

Former prime minister Matteo Renzi aspires to be the kingmaker of this election, although not even his 45 votes are enough to reach the lowered majority needed after the fourth vote.

Berlusconi’s efforts to become President of the Republic monopolised large parts of the public debate until he ultimately withdrew it on Saturday (22 January). Nevertheless, he is still considered the one that could dictate the line of the centre-right coalition.