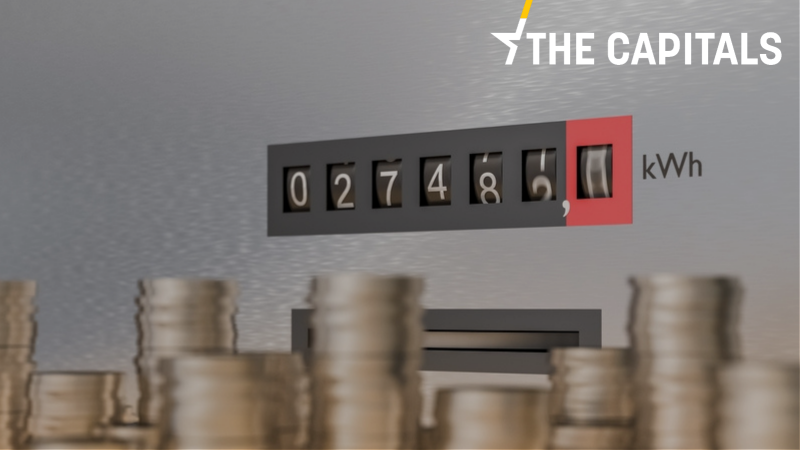 The energy price spike has caused headaches across Europe. [Shutterstock/vchal]

Before you start reading today’s edition of the Capitals, feel free to have a look at the Editor’s Take written by Sarantis Michalopoulos.

Commission: Avoid Greek drama with Recovery Fund first tranche. There is a political order from the leadership of the European Commission to grant Greece the first tranche of the Recovery Fund, the EU’s coronavirus recovery fund, even though the necessary reforms have not been carried out, EURACTIV was informed. Read more.

EU Parliament’s Renew in turmoil over group’s next leader. The announcement by Dutch EU lawmaker Sophie In’t Veld that she wants to run for president of Renew Europe has triggered reactions in the centrist political group, as the French, the biggest delegation within the group with 23 lawmakers, seem to have other plans. Read more.

EU leaders caught in either-or argument over European defence strategy. Amid disunity over the way forward on European defence, EU leaders discussed on Tuesday night whether the bloc should enhance its capacity to act independently and/or strenghten its partnership with NATO, but with no clear result. Read more.

More leaks after Conservatives, Greens hold coalition talks. Direct quotes from Tuesday’s early negotiations on a coalition agreement between the Conservative CDU/CSU and the Greens were leaked to Bild within hours of the meeting starting. This comes after the Conservatives had reportedly leaked statements following their meeting with the liberal FDP on Sunday. Read more.

Disgruntled French citizens call on government to preserve their spending power. Thousands of citizens took to the streets across the country on Tuesday, calling on the government to increase salaries and control prices as more people feel the pinch from the enduring health crisis, increased inflation, and rising energy prices. Read more.

Anglo-French fishing row returns. The Anglo-French row over fishing rights in the Channel has restarted with the French government warning that all bilateral agreements with the UK could be at risk.

French Prime Minister Jean Castex has accused the UK of not respecting its commitments on fishing set out in the Trade and Cooperation Agreement, which entered into force in January. At the heart of the row is the decision by the UK to grant 12 licences out of 47 bids for smaller vessels to fish in its territorial waters. “Britain does not respect its own signature,” Castex told French MPs.

However, Brexit minister David Frost insisted on Tuesday (5 September) that the Westminster government had approved 98% of the applications made by EU vessels to fish in UK waters. (Benjamin Fox | EURACTIV.com)

Spain’s coalition government agrees to new housing law. The Spanish coalition government announced Tuesday an agreement on the national budget for 2022 after complex negotiations to unlock the new Housing Law (Ley de Vivienda), the main point of friction between the two members of the executive. Read more.

Portugal’s over-65s to soon get COVID-19 booster shots. The third COVID-19 vaccine will start being administered to people aged over 65 from 11 October, the Assistant Secretary of State and Health, António Lacerda Sales, has announced. “We will start with the most vulnerable groups, namely the residential care facilities for the elderly, the group over 80 years old, and then we will go in a decreasing manner until the group equal to or greater than 65 years, as was done in the first phase of vaccination,” he said.

Vaccinated Greeks to have more ‘privileges’ as COVID-19 death toll steadily increases. Health Minister Thanos Plevris is expected to announce new benefits for vaccinated people, government spokesman Giannis Oikonomou has confirmed. According to information leaked Monday night, this would include no longer being bound by existing restrictions. The country is on the verge of passing 15,000 COVID-19 related deaths since the start of the pandemic. Read more.

Turow case deadlock: Regional leaders ask for action. The Czech-Polish dispute over coal-mine Turów is deadlocked. “Now we do not see any sense in further negotiations with Czechia over the Turów mine because they have no positive effect,” said Polish Deputy Foreign Minister Marcin Przydacz. Read more.

Dobrev shoots down hopes of joint primaries bid.  One of the opposition’s prime ministerial candidates has rejected the idea of a joint candidacy, leaving the capital’s Green leader Gergely Karácsony and independent conservative Péter Márki-Zay, who joined forces on Monday, no choice but to withdraw, Telex reported. Read more.

Croatian PM: Serbian textbooks negating existence of Croatian language outrageous. The political leadership of Croats in Serbia have condemned the denial of the Croatian language in grammar books for eighth-graders. Read more.