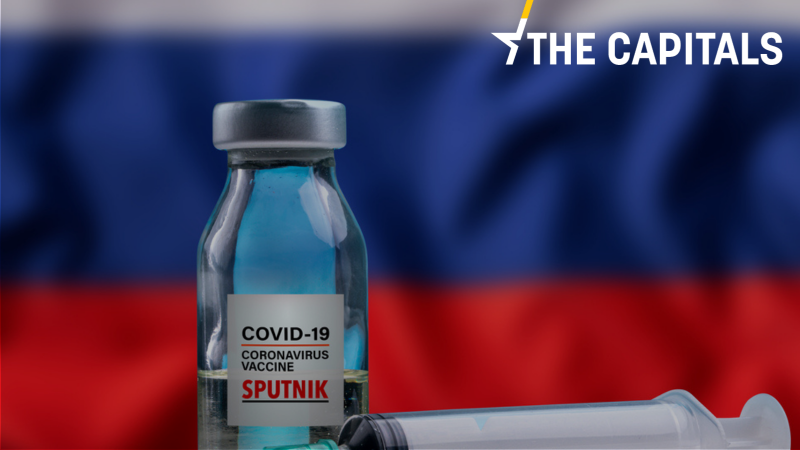 The Russian Fund for Direct Investment (RFDI) has asked Slovak newspaper Denník N to withdraw a story, citing the Slovak authorities’ assessment of the Sputnik V vaccine, which it stated is “misleading.” [Shutterstock/Yalcin Sonat]

Before you start reading today’s edition of the Capitals, feel free to have a look at the article “As Hungary lauds its ‘Eastern Opening’ policy, statistics fail to show benefits” by EURACTIV’s partner Telex.

Former vice prime minister to have his resignation annulled. Luxembourg’s former justice minister and vice-prime minister, Felix Braz, who was given an “honourable resignation” while in hospital a month after suffering a heart attack in August 2019 has filed two lawsuits before the administrative court in a bid to overturn the move.

“My case has not yet arrived. I am the first but certainly not the last. I can only hope that the next one in such a situation will be spared what I have had to face over the past few months, in addition to my rehabilitation,” Braz tweeted on Wednesday.  (Anne Damiani | EURACTIV.fr)

EU citizens in UK feel they receive unequal treatment, survey finds. A quarter of EU citizens living in the UK do not feel they are treated equally to UK citizens according to the first survey of EU citizens by the watchdog set to protect their rights published on Thursday. Read the full story.

Finnish parliament postpones recovery fund vote. Parliament was not able to vote on the EU’s €750 billion recovery fund as planned Wednesday as its debate continued after two EU officials made remarks that the arrangement could become a regular and even permanent mechanism to boost growth. Read more.

Greeks discuss benefits for those vaccinated. The Greek authorities are currently discussing potential “benefits” for those citizens who have been vaccinated using the so-called vaccination certificate. More.

In other news, the Italian government on Wednesday appointed Ambassador Elisabetta Belloni as the new head of the Security Information Department (Dis), the coordinating body of the secret services. Belloni, who currently holds the position of general secretary of the foreign ministry, will be the first woman to fill this role. (Daniele Lettig | EURACTIV.it)

San Marino to offer tourists Sputnik jabs for €50. San Marino, an independent micro-state in northern Italy, announced Wednesday (12 May) it would begin offering the Russian Sputnik V COVID-19 vaccine to tourists for €50. Read the full story.

Polish government speeds up post-lockdown reopening. The Polish government has brought forward by eight days the reopening date for cinemas, theatres, philharmonics and opera houses, allowing these establishments to operate at 50% capacity from 21 May as the country’s daily new coronavirus case numbers continue to fall. Read more.

Babis’ minority government could face no-confidence vote in June. The two opposition coalitions in the Czech parliament’s lower house said on Wednesday they want to initiate a vote of no-confidence in the minority government of Prime Minister Andrej Babiš, with a possible date at the beginning of June, due to its poor handling of the pandemic, management of public funds and other issues. Read more.

Hungary hands in revised recovery plan following initial alleged rejection. Hungary handed in its revised recovery plan to the European Commission on Wednesday, under which the country will request €7.2 billion in grants, forgoing claiming €9.6 billion in cheap loans, after press reported that the initial plans of the government were rejected by the European executive. Read more.

Ambassador: Israel recognised Kosovo under US pressure. The Israeli Ambassador to Serbia, Jahel Vilan, said on Wednesday during a TV interview that Israel had recognised the independence of Kosovo under pressure from the United States, as part of an agreement Serbia and Kosovo had signed with the US. Read more.

In other news, Serbian citizens will be able to download a digital green certificate attesting they have been vaccinated or tested negative to the virus, the Serbian government’s Office for IT and eGovernment has announced. Read more.

Slovenia rejects bill to exclude foreign investors from mega rail project. A motion by Slovenia’s opposition to sideline Hungary from the country’s biggest rail project in decades was defeated in parliament in Wednesday, clearing the way for an investment worth a reported €200 million. More.

EU Commission increases 2022 growth forecast for Croatia. The European Commission has increased its projection for the growth of the Croatian economy to 6.1% in 2022, meaning it could become one of the fastest-growing economies in the bloc. This year’s forecast meanwhile was slightly reduced from 5.3 to 5%. Read more.