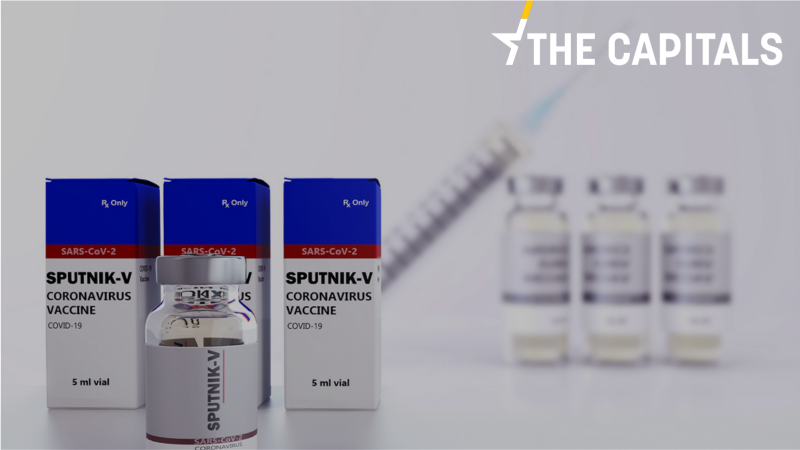 Vaccination with the Russian vaccine Sputnik V is acceptable to approximately the same number of Slovaks as the Pfizer/BioNTech vaccine, according to a survey. [Shutterstock/LadyRhino]

Before you start reading today’s edition of the Capitals, feel free to have a look at the article “Trouble brews in Macron’s Renew as EU Parliament power shift looms“.

Facebook partnerships to fight against COVID-19:  Working together is more important than ever in the fight against COVID-19. In Spain, the World Bank is using Facebook’s Disease Prevention Maps to forecast needs for COVID-19 testing and hospital beds. Learn more about how we’re collaborating to keep communities safe and informed at about.fb.com/europe .

More than half of Slovaks likely to take Sputnik vaccine, survey finds. Being vaccinated with the Russian vaccine Sputnik V is acceptable to approximately the same number of Slovaks as the Pfizer/BioNTech vaccine, according to a survey carried out by Focus Agency in February.  Read more.

Expert: Porto summit can be ‘historic moment’ of EU social rights. The President of the European Foundation for Progressive Studies, Maria João Rodrigues, has said the Porto Social Summit pushed forward by Portugal’s EU Presidency, can be a “historic moment” of Europe’s commitment to social rights. More

French health associations call for all healthcare workers to have ‘vaccine priority’. Seven health professional associations “called with one voice” for all medical and paramedical personnel to be vaccinated to “stop the spread of the pandemic” in an op-ed published Sunday in the Journal du Dimanche. Read more.

Belgium’s curfew becomes political point of contention. Belgium’s Consultative Committee on Friday (5 March) announced minor relaxations to the COVID-19 measures. However, the curfew that has been in force since last October remained untouched. Read more.

Bettel was optimistic that bars and restaurants could reopen next month and that some other restrictions could also come to an end, but stressed that the number of infections would need to remain stable in the coming weeks and that there would be “no quick return to normality”. (Anne Damani | EURACTIV.fr)

Frost gives EU the chills. The UK’s minister for EU relations on Sunday accused the bloc of having “significantly undermined” post-Brexit measures in Northern Ireland with its threat to block COVID-19 vaccine exports. Read more.

Finnish municipal elections postponed till June. After months of speculation, the majority of Finnish parties, together with the authorities, have announced a proposal to postpone the municipal elections from April until June, citing the deteriorating coronavirus situation. Read more.

Three Swedish parties fight for parliamentary existence ahead of election. Ahead of Sweden’s approaching elections, a new poll shows that the Green Party, Christian Democrats and the Liberals are struggling to reach or stay above the 4% threshold needed to stay in parliament. Read more.

Spain to soon approve €11 billion rescue package for SMEs. The Spanish government is set to this month approve an extraordinary rescue package of €11 billion to SMEs and small businesses badly hit by the COVID-19 pandemic. Read the full story.

Police crackdown against citizens causes political turmoil. Excessive police violence against citizens in an Athens suburb over the weekend has caused turmoil in Greece politics, with the opposition accusing the government of trying to establish a police state. More

Czechia asks Germany, Poland, Switzerland to take COVID-19 patients. The Czech government – after strong pressure from regional authorities – has finally decided to ask Germany, Poland and Switzerland for help as its hospitals are currently running out of capacity, particularly in the regions bordering with Germany and Poland. Read more.

Hungary in jab ‘home stretch’, says PM. “We are in the home stretch. Now we need to close so we can open as soon as possible,” Prime Minister Viktor Orbán said in a Facebook post on Saturday. Read more.

French ambassador to Serbia: Bid to join the EU non-negotiable. French Ambassador to Serbia Jean-Louis Falconi said that EU membership was not a matter of negotiation, but one of the candidate country meeting every requirement to join. Read more.

Senators: Corruption threatens US-Bulgarian relations. Corruption and a lack of media freedom in Bulgaria are “serious challenges to the US-Bulgaria bilateral relationship,” according to a joint statement by US Senate Foreign Relations Committee Chairman Bob Menendez (Democrat) and Jim Rich, one of the committee’s senior Republicans. Read more.

Romania has so far administered vaccines to almost 1.2 million people, of which 652,000 have received both doses. Almost 190,000 people have received AstraZeneca jabs. (Bogdan Neagu | EURACTIV.ro)

Slovenia’s women outperform men in education. Almost half of the employed women in Slovenia and a little more than a quarter of employed men had tertiary education despite there being more men than women in the country, data from the Slovenian statistical office found. Read more.