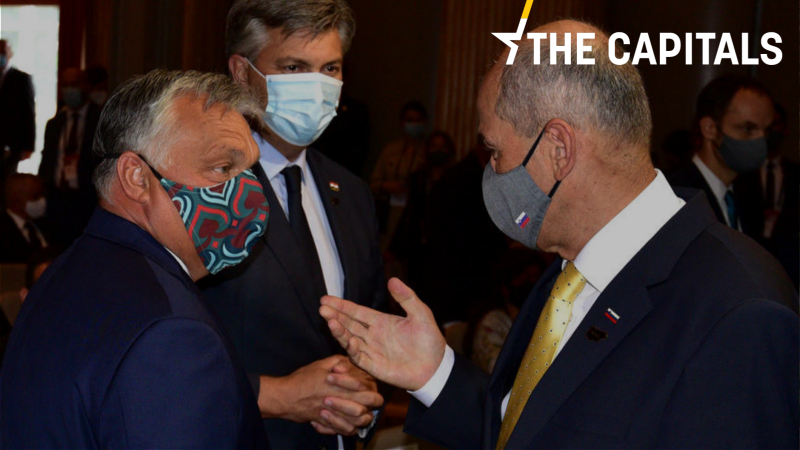 Before you start reading today’s edition of the Capitals, feel free to have a look at the article World Press Freedom Day: EU determined to do ‘more’, in Europe and abroad, by Georgi Gotev.

While talks continue at the EU level on proposed common COVID-19 vaccination certificates, Slovenia and Hungary have decided to press ahead bilaterally, and mutually recognise their respective certificates. Read more.

Juncker believes EU should be ‘less naive’ with China. The European Union has to be “less naive” with China, former European Commission president Jean-Claude Juncker told EURACTIV’s media partner Lusa.pt in an interview, adding that “Europeans have to organise their relations” better with other foreign powers. Read the full story.

Schmit hopes for agreement on EU minimum wages by June. Member states will hopefully reach a common position on the definition of EU minimum wages before the end of Portugal’s presidency of the Council, which runs until June, European Commissioner for Employment Nicolas Schmit said in an interview with EURACTIV’s media partner Lusa.pt, highlighting the “efforts” made by Portugal to that end. Read more.

May Day clashes across Europe. As every year, skirmishes between police and protesters broke out at May Day rallies in Berlin, Paris and Brussels over the weekend. Read more.

Luxembourg close to adopting ‘right to disconnect’. Luxembourg’s Economic and Social Council submitted its proposal on Friday to amend the country’s Labour Code to allow companies to decide on a framework that respects employees’ “right to disconnect” outside working hours.

“In the opinion we are sending to the government it is not a question of tracking down bad behaviour, but rather of obliging companies to provide themselves with the means to prevent the provision of digital tools to their staff from resulting in a quasi-obligation to be contactable,” said the proposal’s rapporteur, Christophe Knebeler (LCGB). (Anne Damiani | EURACTIV.fr)

Companies allowed to start vaccinate employees. In cooperation with business associations, the city of Vienna will start allowing companies to vaccinate their employees today. Around 100.000 Viennese companies will be among the first trial group.

They have appointed an internal vaccination coordinator and divided their staff into risk categories. A higher priority will be given to those who travel often and those who are in regular direct contact with customers. (Philipp Grüll, EURACTIV.de)

Raab: No final decision on EU ambassador’s status. Britain has not made a final decision on whether to grant the EU’s ambassador to London, Joao Vale de Almeida, full diplomatic status, Foreign Minister Dominic Raab said on Sunday. London and Brussels have been at odds over the British government’s refusal to grant EU representatives’ full diplomatic status after Brexit.

Asked whether a decision had been taken to grant diplomatic status, Raab said: “Look, we’re pragmatic about this, of course the EU’s not quite an international organisation, it’s not quite a normal state, we’re engaged in negotiations and I’m sure we’ll get that result.” He added: “We will treat our EU partners with all of the respect that they rightly deserve […] we’re looking forward to turning the page on over the Brexit saga.”

In Northern Ireland, 750 people were surveyed on the same issue, from 14 to 22 April – where the margin of error was higher at 3.6%. The poll also showed that the majority on both sides of the border would like to see a referendum on the issue in five years.

Finns sharply divided over EU stimulus package. Half of Finnish citizens consider the EU recovery package as necessary for the bloc’s future, while the others see it as benefiting mostly southern EU states and being unfair to their country, a new poll conducted in the second week of April by the Foundation for Municipal Development has revealed. Read more.

Sweden summons Russian ambassador over sanctions. Stockholm summoned Russia’s ambassador to Stockholm on Saturday, denouncing Moscow for sanctioning European Union officials including a Swedish researcher in an escalating row between Russia and the West. Read more.

Anti-homophobia bill sparks new political storm. The debate regarding a proposed anti-homophobia bill, much contested by the right-wing parties of Northern League and Brothers of Italy, sparked a new political storm Saturday when Italian rapper Fedez accused public TV broadcaster Rai of trying to censor his words accusing the League party of homophobia during a union-sponsored May Day concert broadcast by the channel. (Daniele Lettig | EURACTIV.it)

Poland to further discuss draft recovery plan. The national recovery plan (NPR), which was submitted last Friday and outlines how funds from the EU’s recovery plan will be allocated, will be discussed in the parliament’s lower house known as the Sejm on Tuesday. Read more.

Czechia to test COVID-19 certificates in next two weeks. According to Czech Television, technical testing of the EU’s digital green certificates will start in two weeks, making Czechia among the first group of countries where the certificates will be tested during May. Read more.

Slovakia publishes Sputnik V contract. After weeks of calls from the public, Slovak’s government has finally published the contract for ordering two million doses of the Sputnik V vaccine.

The document revealed its price to be €8 per dose, the manufacturer gives up all liability and the text itself acknowledges that the contents of vaccines delivered might not be consistent across the board. Both sides sign a confidentiality agreement, but only the country buying the jabs has to pay one million dollars for breach.

Data about side effects, including personal data, gets sent to Russia. In addition, the country has to pay for all doses, even if it orders less, and cannot stop the vaccination process without consulting with the manufacturer. The contract is available in English. (Barbara Zmuskova, EURACTIV.sk)

Crowds fail to observe distancing as Budapest nightlife returns. Youth celebrating further relaxation of measures partied hard in the centre of the Hungarian capital on Saturday as nightlife returned to the city after the country hit 4 million vaccinated last week. Read more.

In other news, the online registration system for vaccinations crashed on Friday after Hungarian Prime Minister Viktor Orbán announced that morning during his weekly radio interview that Pfizer jabs will be available during the day.

The national online health platform’s failure also affected the ability of doctors to write prescriptions, while pharmacies at times could not give out medication because of difficulties with accessing documentation. Unable to register online, several hospitals asked people to come regardless, resulting in long queues.  (Vlagyiszlav Makszimov | EURACTIV.com with Telex)

Italy’s post-earthquake donations strengthened Croatian-Italian ties. Croatian Foreign Minister Gordan Grlić Radman has thanked Italy for being one of the first countries to help Croatia by sending aid in the wake of a devastating earthquake at the end of last year. Read more.

Bulgarian socialists give up attempt to form government. The Bulgarian Socialist Party (BSP) will return the mandate for the formation of a government, the party central announced on Saturday (1 May). This was the party’s third – and last – attempt to form a government following the 4 April general elections. Read more.