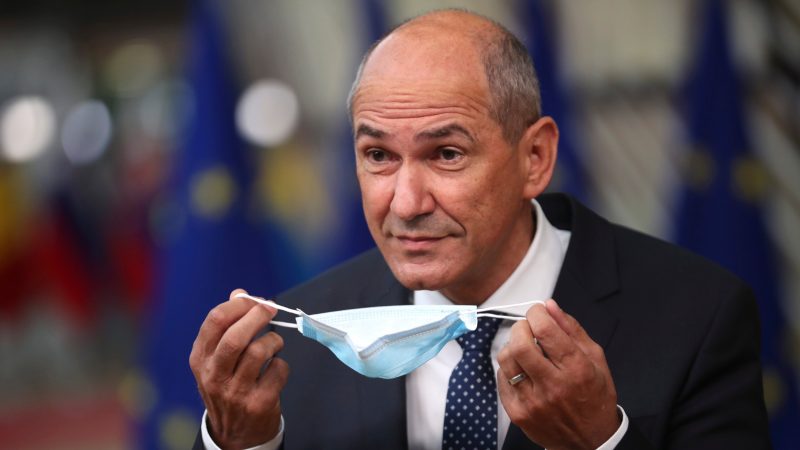 Less than two months before Slovenia takes over the EU’s rotating presidency, conservative Prime Minister Janez Janša is battling fires at home and abroad — including an impeachment motion.

The vote in the Alpine country’s parliament is the latest crisis for the combative 62-year-old, known for his support for former US president Donald Trump and his outspoken Twitter posts. 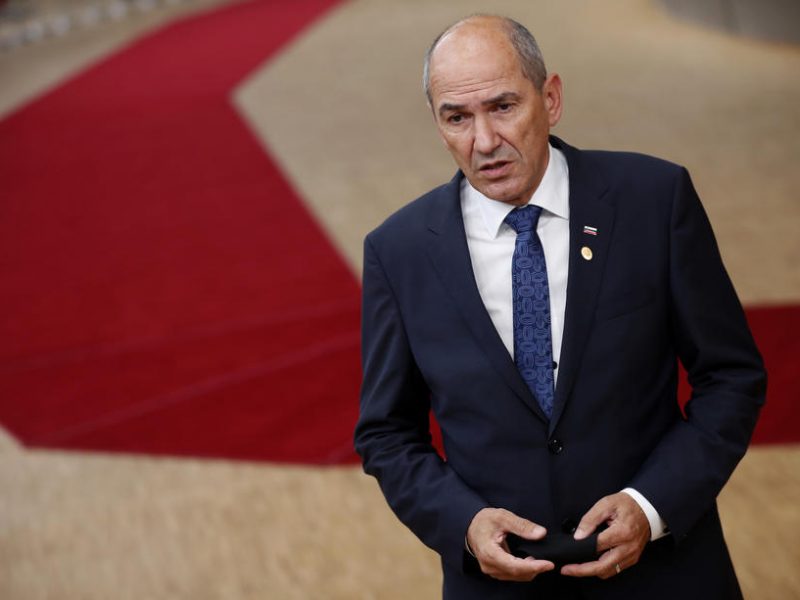 Slovenia’s conservative prime minister congratulated US President Donald Trump on Wednesday (4 November) for winning re-election even though projections suggest that his rival Joe Biden is ahead in key swing states where counting continues.

Four centre-left opposition parties have initiated the impeachment bid, alleging among other things that Janša mismanaged the country’s coronavirus response.

With the nation of two million suffering a relatively high proportion of pandemic deaths compared to other EU countries, the premier’s public approval ratings have slumped to their lowest point since he took office in March 2020. 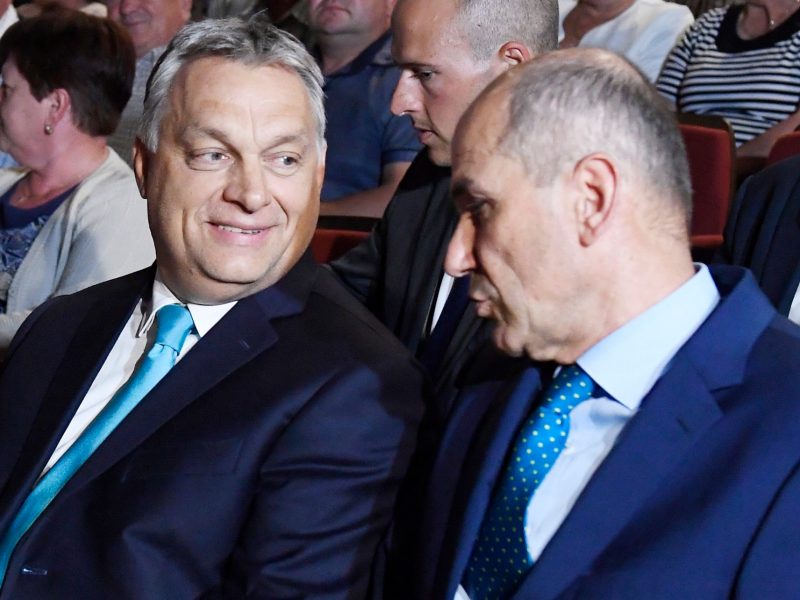 Thousands have gathered during protests in central Ljubljana since late last month. Holding placards that read “Stop the dictator” and “Freedom to the people”, they demand new elections.

“The foundations of the state of law have come more and more under attack,” protest organiser Jasa Jenull told AFP.

The outcome of the impeachment vote — originally expected on Tuesday but now postponed until next week — is on a knife-edge.

As Janša’s coalition around his Slovenian Democratic Party (EPP-affiliated) has no majority in the 90-seat parliament, the decisions of a handful of independent MPs will be crucial.

A fragmented centre-left opposition failed to pass a no-confidence motion in Janša in February.

If the impeachment motion succeeds, early elections will be the most likely outcome. But even if the three-time premier survives, further turmoil seems likely.

His reaction to increasing political pressure has been in part to turn his fire on the media — for one, cutting off funding for public news agency STA and calling it a “national disgrace”.

In the funding row, the European Commission has reminded Slovenia of the role independent news agencies play in ensuring “the plurality of media and information sources throughout the EU”.

A further run-in came when Janša — who declined to be interviewed by AFP — disconnected from an online grilling on press freedom by a committee of MEPs in March, accusing them of “censorship” for refusing to play a video he had prepared.

“We owe the EU nothing,” he tweeted, dismissing some of the committee’s members as “overpaid EU bureaucrats”.

German Social Democrat MEP Katarina Barley, a member of the committee in question, told AFP that Janša’s behaviour amounted to “utter disrespect for the European Parliament”.

“All this does not bode well, because a Council Presidency traditionally has to unite and not divide,” she added.

Janša has also faced censure from yet another EU institution.

In an interview with the Delo newspaper, the bloc’s Chief Prosecutor Laura Codruța Kövesi criticised Slovenia for its “manifest lack of sincere cooperation” in failing to name delegated prosecutors to the new body she leads.

According to the Slovenian prosecutors’ association, the two candidates who had been in the frame for the posts before being blocked had previously probed graft allegations linked to Janša.

Janša has made “a declaration of war on Brussels” and become the EU’s “ugly duckling”, according to the Reporter, the country’s only conservative news magazine.

Most recently, Slovenia has also refused to exhibit art at the EU Parliament during its presidency from July. Objecting to pieces the parliament had acquired independently, it insisted the choice of works should be its “exclusive right”.

The government did not explicitly object to any individual works, but Slovenian media reported the controversy erupted over several artists’ pieces, including those by government-critical Arjan Pregl.

In a further headache for Janša, independent news website Necenzurirano in April linked him to a proposal allegedly sent to the European Commission putting forward border changes in the region. This, said the report, was to address “unresolved national issues of Serbs, Albanians and Croatians”. 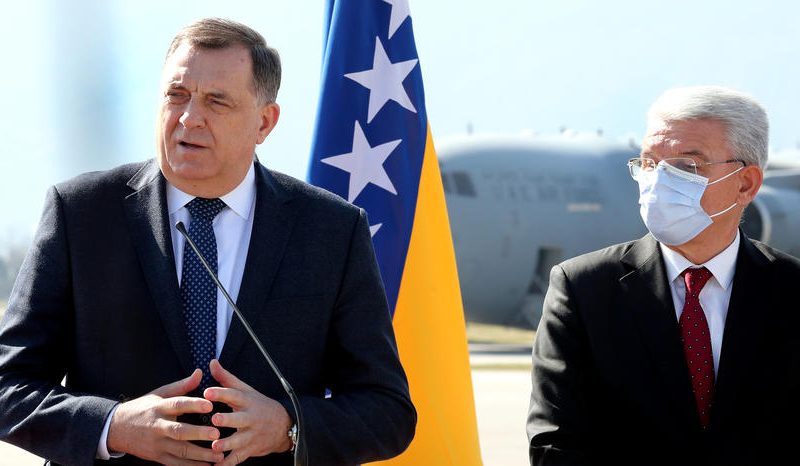 The Chairman of BiH’s Presidency and leader of the ruling party (SNSD) in the country’s Republika Srpska (RS) entity, Milorad Dodik, said the entity parliament will be forming a team that would negotiate with representatives of the country’s other semi-autonomous …

The proposal sparked widespread controversy with Slovenia’s own president, Borut Pahor, rejecting the idea and saying he doubted such changes “could be achieved in a peaceful way”.

Janša has denied sending any such document to the European Commission.