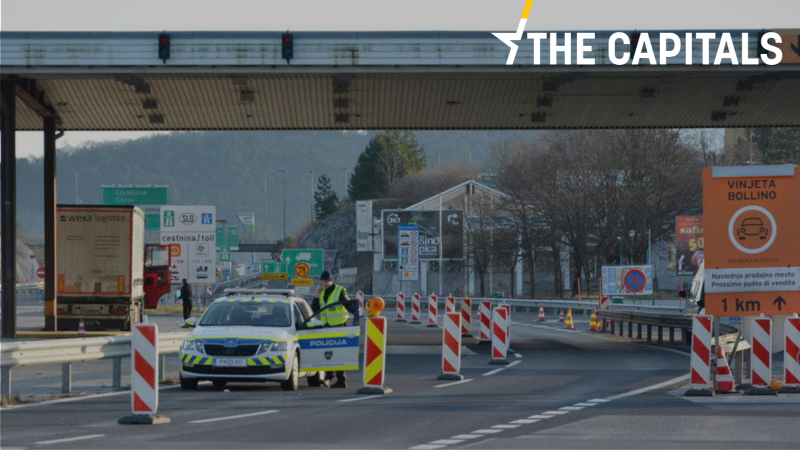 Before you start reading today’s edition of the Capitals, feel free to have a look at the article EU countries call for ‘permanent ban’ on fur farming, by Gerardo Fortuna.

Slovenia is formally taking over on Thursday the six-month presidency of the Council of the EU, focusing on tackling the COVID-19 pandemic and recovery, enhancing resilience to future crises, and the EU’s enlargement, EURACTIV’s partner Slovenia news agency STA reports.

But Ljubljana is also handed over the hot potato of EU migration pact, with negotiations currently at a deadlock. Read more.

Slovenia hosts College of European Commissioners for working visit. Amid high tension between east and west over democratic values, the country’s six-month stint will begin with a working visit by the College of Commissioners and Commission President Ursula von der Leyen as is customary when a country starts the rotating presidency. Read more.

French scientists warn of fourth COVID-19 wave in autumn. While vaccinations are increasing in France, there still may not be enough of the population vaccinated to avoid a fourth wave of COVID-19 after the summer, according to a study published by the Institut Pasteur on Tuesday. Read more.

Hundreds of migrants stage hunger strike in Brussels for legal status. Concern over a weeks-long hunger strike by hundreds of undocumented migrants in Belgium’s capital has mounted this week after four men stitched their lips shut to stress their demands for legal recognition and access to work and social services. Read more.

Luxembourg extends economic help as COVID-19 fight continues. The Grand Duchy will extend its guarantees for bank loans to companies for up to €2.5 billion until the end of the year to help the economy weather the effects of the pandemic as the country opens up, the government said on Wednesday.

Through this scheme, first announced in March 2020 to help stabilise the economy when Luxembourg entered its first lockdown, the state gives loans to companies over a maximum six-year period, capped at €2.5 billion. (Anne Damiani | EURACTIV.fr)

Britain’s Sunak promises to sharpen City of London’s competitive edge. The UK will unveil its blueprint on Thursday for building the world’s “most advanced” financial sector after Brexit largely severed the City of London financial district from the European Union, its biggest export customer. Read more.

Moderate Party leader given chance to form new Swedish government. Sweden’s parliamentary speaker, Andreas Norlén has given Ulf Kristersson, the chair of the conservative-liberal Moderate Party, the biggest opposition party in the current parliament, a mandate to try and form a new government. Read more.

The agenda sets short, medium and long-term goals relating to climate change mitigation as well as targets for individual sectors, which use fossil fuels, pollute the atmosphere with CO2 emissions and have the biggest impact on climate change.

Video of violent prison beating by police causes storm in Italy. The publication by newspaper Domani on Wednesday of a surveillance video of the prison of Santa Maria Capua Vetere, in the south of Italy, showing club-wielding police officers violently beating prison detainees has sparked a huge controversy in Italy. Read more.

Multinationals’ marketing thrives after gaffe with Picasso’s painting. The Greek police managed to recover a painting by Pablo Picasso that was seized in a 2012 raid on the National Gallery in Athens. However, the good news was overshadowed by a video showing the painting slipping onto the floor just before a press conference over the issue. Read more.

Visegrad Group does not want to expand. Poland, together with the Czech Republic, Slovakia and Hungary, has no plans to expand the Visegrad Group, Prime Minister Mateusz Morawiecki said during the V4 summit in Katowice on Wednesday. Read more.

EU presidency budget ‘not final’. The sum of 1.24 billion crowns (around €50 million) for the Czech EU presidency in the second half of 2022 is not final, wrote PM Andrej Babis on Wednesday in reaction to the criticism expressed in an open letter sent to him last week from economists, investors and diplomats expressing their concern over the budget being too low. Read more.

Bulgaria plans to adopt euro in 2024. The Bulgarian government has confirmed the country’s plans to adopt the euro as its official currency on 1 January, 2024, without a transitional preparatory period – all institutions and shops in the country will be obliged to accept payments in euros from the first moment of its adoption. Read more.

Croatia mostly exports medicine, handguns to US. The imminent visa waiver for Croatian citizens and the advanced negotiations on double taxation avoidance are a good basis to strengthen trade and investments between the US and Croatia, Croatian Employers’ Association (HUP) president Mihael Furjan said on Wednesday.

His comments came at a conference organised by HUP in cooperation with the US Embassy in Croatia and two consulting companies – the Armatus Prudentia and Trans-Atlantic Market Development – which are engaged in helping Croatian businesses to be implemented into the US market. (Željko Trkanjec | EURACTIV.hr)

Report shows media in Slovenia systematically undermined by government. A coalition of press freedom organisations and journalism groups has warned that the Slovenian government is overseeing an increasingly systematic effort to undermine critical media, in a report released just a day before Slovenia takes over the presidency of the Council of the EU. Read more.

Former Serbian state security heads sentenced to 12 years each. The Hague court sentenced on Wednesday the former heads of the State Security Service (SDB) of Serbia, Jovica Stanišić and Franko Simatović Frenki, to 12 years in prison each for the crimes of the Red Berets against the non-Serb population in Bosanski Šamac in the spring of 1992. Read more.

Russia marginalised at UN Security Council session over Bosnia envoy. Moscow stood alone in opposing the appointment of the new High Representative to Bosnia and Herzegovina, German politician Christian Schmidt, while the US representative said the appointment was a done deal and that Schmidt would take office on 1 August.

One should decide whether a country whose population is mainly Muslim can be an EU member or whether their journey towards the EU should be stalled, said Milanović, adding that such a country can and must be a member. Croatia’s president warned that delaying the process could make some people understand different messages and opt for different directions. (Zeljko Trkanjec | EURACTIV.hr)