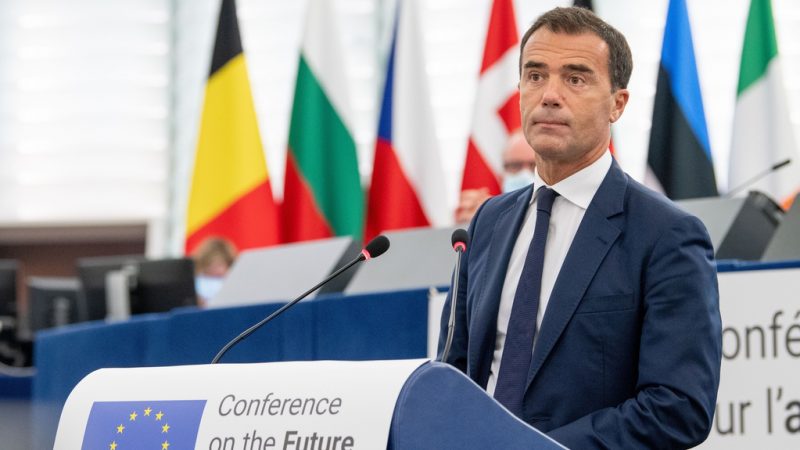 The executive board of the Conference on the Future of Europe decided at Monday’s session to allocate more seats in the Conference Plenary to both regional and local representatives, and social partners, the Slovenian EU presidency said.

The rules of procedure were amended at the sixth meeting of the conference’s governing body and the first during the Slovenian presidency to add six elected representatives of both local and regional authorities in the plenary.

The board also agreed to increase the number of social partner representatives by four to a total of 12.

The changes mean that the current 534-strong plenary will become a body with 550 representatives.

“Today’s update in the conference set-up aims to bring Europe further beyond its capitals and gives greater voice to citizens from every walk of life,” Slovenian Foreign Ministry State Secretary Gašper Dovžan, who co-chairs the board, said on Monday.

He said that every European had their own dreams and concerns about Europe, highlighting that each voice should be heard.

“We want as many Europeans as possible, wherever they are, to have their say so that we could find out in what kind of Europe they would like to live in 30 years,” he highlighted.

MEP Guy Verhofstadt (Renew), European Parliament’s co-chair of the executive board, said the board looked forward to the forthcoming content-based phase of the conference. European citizens’ panels will help the plenary “deliver on a more effective, responsive and democratic Union that our citizens demand and deserve”, he added.

European Commission Vice-President for Democracy and Demography Dubravka Šuica, another co-chair of the board, described the European citizens’ panels as “the truly innovative aspect of the Conference on the Future of Europe”.

The board also discussed yesterday the communication plan, drawn up jointly by the European Parliament, the Council of the EU and the Commission. All three institutions will continue to strive to boost public participation in the conference’s digital platform through concerted action, the Slovenian presidency said.

The first sessions of the European citizens’ panels will be held in September when some 200 randomly selected citizens from all socio-economic ranks will discuss the way forward for Europe.