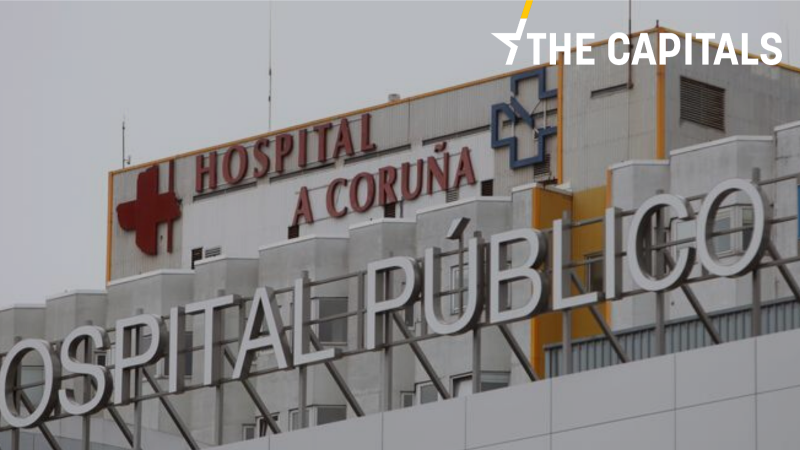 In Spain, the tourism sector represents 15% of Spain’s GDP, according to official data from 2019. [EPA/Cabalar]

Before you start reading today’s edition of the Capitals, feel free to have a look at EURACTIV Croatia’s interview with NATO Secretary-General Jens Stoltenberg, as well as an article about the first informal meeting of EU foreign minister in Croatia.

Also read the story “EU focuses on face masks challenge as coronavirus outbreak escalates” by Sarantis Michalopoulos as well as an interview with Renew Europe chief Dacian Cioloș on Syria and the EU response.

After admitting that the coronavirus will strongly impact the country’s crucial tourism sector on Thursday (5 March), the Spanish government announced extra measures to mitigate the negative consequences of the virus outbreak, EURACTIV’s partner EFE reported.

Spain’s Secretary of State for Tourism, Isabel María Oliver, told the Spanish news agency in Berlin on Thursday that the virus which has caused about 3,300 deaths and infected more than 95,000 worldwide, will have “a direct impact on tourism and on many sectors of the Spanish economy”. Read more.

Bundestag debates right-wing terrorism. Two weeks after a gunman killed nine people in two shisha bars in what has become the worst right-wing terrorist attack in post-reunification Germany, MPs debated right-wing extremism in the Bundestag. While most politicians united in the call for action against racism, Islamophobia, and right-wing violence, MPs from the far-right Alternative for Germany (AfD) camp not only said politicians were instigating fear for their own political gains but also attempted to condemn left-wing extremism instead. EURACTIV Germany’s Sarah Lawton has the story.

Workers’ rights on digital platforms reinforced? After the country’s highest court, the Cour de Cassation, called the self-employed status of a former Uber driver ‘fictitious’ and reclassified his contract as one of employment, Unions are now hoping for a real new social law that would enshrine more rights for platform workers.

The government has pledged to submit new proposals regarding the status of workers on digital service platforms before the summer, Labour Minister Muriel Pénicaud announced on Thursday (5 March). (EURACTIV.FR)

Defence minister under pressure over planned military budget cuts. While Austria’s budget for 2020 will increase military spending by €123 million, the budget will be cut by €760,000 in 2021 and further until 2023, according to numbers obtained by the Austrian Press Agency. EURACTIV Germany’s Philipp Grüll looks into how other politicians reacted.

Nuclear reactors’ life. Doel 1 and 2, close to the border with the Netherlands, must be shut down if there is no environmental impact report by the end of 2022, Belgium’s Constitutional Court ruled and annulled a law that made it possible to keep the oldest nuclear reactors of the power plant open longer, until 2025. Alexandra Brzozowski reports.

Tories face Islamophobia probe calls. The Conservative party has a ‘systemic’ problem with Islamophobia, according to the Muslim Council of Britain, which has recommended that the governing party face an independent inquiry into its attitudes towards Muslims. EURACTIV’s Benjamin Fox has the detail.

Ireland Germany DPA standoff. Ireland’s Data Protection Commissioner Helen Dixon has hit out at criticism from her German counterpart, Ulrich Kelber, saying he has “no experience” in big tech investigations. For his part, Kelber responded to Dixon’s comments by saying that she was trying to “turn a technical debate into a personal argument.”

In an interview with the Irish Independent published on Thursday, Dixon said she thought that “anyone who understands the complexity of the new law…would understand that certainly the first time round, there are a lot of issues that need to be worked out.” (Samuel Stolton | EURACTIV.com)

EU High Representative, Josep Borrell said on Thursday (5 March) that migrants on the border between Greece and Turkey were being used as “weapons”, EURACTIV’s partner EFE reported. The EU’s top diplomat also told a NATO meeting in Zagreb that the world is witnessing the “growing competition between great powers”, as well as the weakening of multilateralism and the return of “power politics”. “

“The policy of powers addresses everything: economy, technology, public opinion (…) everything is becoming a weapon,” the top diplomat said, adding that “today, for example, even migrants are becoming weapons, they are being used as weapons. (…) against the borders of others”. (EuroEFE.EURACTIV)

Risk of a ‘brain drain’. Portugal is at risk of experiencing a ‘brain drain’ as the more-qualified workers could start leaving the country, the Portuguese Prime Minister, António Costa, told a conference in Lisbon marking the 30th anniversary of newspaper Público on Thursday (5 March). To counter this, the PM noted the importance of government, employers and unions reaching an agreement on income policy. Feel free to read the full story by Lusa.pt’s Sara Madeira.

In other news, Portugal will send humanitarian aid to migrants on the border between Greece and Turkey, but “will not take part in actions to contain land borders,” its minister of the interior has said. (André Campos, Lusa.pt)

The Portuguese government is setting up military hospitals for COVID-19 patients, the Defence Minister João Titterington Gomes Cravinho said on Thursday (5 March), the same day Portugal confirmed its ninth coronavirus case. The coronavirus has also caused Portuguese carrier TAP to announce measures to reduce and control costs, including the suspension or postponement of investments and hiring, as well as the implementation of temporary unpaid leave programmes. The government and social partners will hold talks on Monday (9 March) to discuss the virus. (Lusa.pt)

An asymmetric threat. Greek government spokesperson Stelios Petsas has said Greece has been facing an “asymmetric threat” since last Friday. “Just after the negative developments for Turkey in Idlib, Greece has been receiving sudden and massive pressure from population transfers at its eastern, land and sea borders. This is an organised and coordinated operation that is encouraged and directed by the government and the authorities of the neighbouring country,” he said.

Petsas emphasised that Ankara produces and disseminates fake news. “Such fake news was produced today on supposed injuries due to gunshots from the Greek side. I categorically deny that,” he said. (Sarantis Michalopoulos | EURACTIV.com)

Budget slippage due to COVID-19. Economy Minister Roberto Gualtieri has asked the Commission in a letter to adjust the deficit-to-GDP ratio to 2.5%, an increase of 0.3% compared to what was previously forecasted. The budget slippage is requested to face the novel coronavirus emergency in Italy. The government also decided to suspend the referendum to cut the number of MPs that would have taken place on 29 March. After the first two weeks of the emergency, Italy reported 3,858 cases and 148 deaths. According to figures provided by the Civil Protection, healed people are so far 10.7% of the total, while death is at 3.8%.

Reynders vs Poland. EU Justice Commissioner Didier Reynders said he will be presenting “a recommendation to take Poland to the EU Court of Justice for its disciplinary law against judges” within just “a few weeks”. The Belgian Commissioner also told German newspaper Frankfurter Allgemeine Zeitung (FAZ) that EU funding should be made conditional on the respect for the rule of law. (Łukasz Gadzała | EURACTIV.pl)

Czech success. Former Permanent Representative of the Czech Republic to NATO, Jiří Šedivý, will become the first chief executive of the European Defence Agency (EDA) from Central Europe, as well as one the highest-ranked Czechs at EU level, after having been elected by EU Ministers of Defence on Thursday.

“I have been focused on defence planning for the last 15 years, so I have good contacts and friends in most European countries who are mostly in high positions nowadays,” Aktuálně.cz quoted general Šedivý as saying. “In the last months, I have been visiting European capitals, explaining my vision on leading EDA and its priorities. The most important thing was to persuade France and Germany,” he added. (Lukáš Hendrych | EURACTIV.cz)

Deficiencies in EU migration policy. President Rumen Radev said during his visit to Tirana yesterday that diplomacy is the most important thing, but it cannot be the only way of resolving the migrant crisis as it has led to alarming problems in the region and strained relations between countries, worsening the security environment and the humanitarian crisis. There are clear deficiencies in the European policy in this area as there is no single solution to this issue, nor is there any capacity built, he added. (dnevnik.bg)

How did the virus come to Slovenia? Slovenia recorded its two first COVID-19 patients. The person in question was coming back from a trip to Morocco and had a layover in Venice. When he got back to Slovenia, he went to the emergency services on Saturday but was sent home. After things got worse, he went to see his family doctor who sent him to the hospital. Now, both the patient and the family doctor are in quarantine, and the Slovenian authorities have requested all the people who were in the emergency services on Saturday to raise the alarm. (Željko Trkanjec | EURACTIV.hr)

‘We can close the border but people have no reason to fear migrants’, says Vucic. President Aleksandar Vucic reiterated on Thursday (5 March) that Serbia “is not going to become a parking lot for migrants”. EURACTIV Serbia has the detail.

Meanwhile, Belgrade intends to purchase weapons from the US, Israel and the UK, the Serbian president said on Thursday in response to criticism calling out Serbia for buying Russian weapons. He said he had discussed buying weapons from the UK with Prime Minister Boris Johnson “just two days ago”.

“You criticise us from time to time about buying Russian weapons, armaments, and everything else. Okay, I want to buy your weapons, I want to buy your armaments… Do you want to sell it or not? Do you want our money?” Vucic said in an interview for Foreign Policy, adding that he had said the same to US Secretary of State Mike Pompeo in a meeting in Washington, D.C., to which Pompeo responded that it would be taken into consideration, according to Vucic. (EURACTIV.rs)

A total of 49 Albanians were repatriated from France and Luxembourg just yesterday because their asylum requests had been rejected, the Albanian state police confirmed in a press release. (Željko Trkanjec | EURACTIV.hr)

One response to “Spain takes measures to protect tourism from coronavirus”