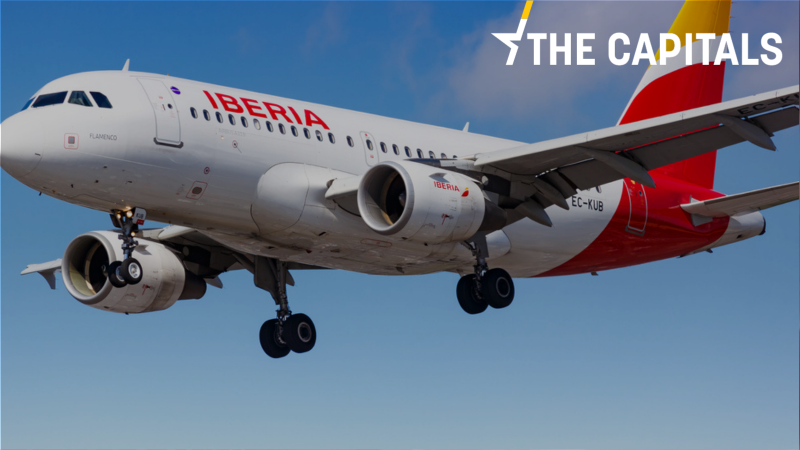 The move comes after the regional parliament in Galicia had this week approved a law to make vaccination against COVID-19 compulsory in that community. [Shutterstock/Markus Mainka]

Before you start reading today’s edition of the Capitals, feel free to have a look at the article “EU leaders take baby step toward vaccination certificate, fume at pharma industry“.

Also read the interview “Extremists and terrorists use pandemic to ‘sell’ their messages” with Europol’s chief conducted by EFE.

German MP’s office raided over bribery allegations in COVID-mask deal. Police searched the office of MP Georg Nüßlein (CSU) on Thursday as part of an investigation into allegations that he lobbied the government to enter a contract with a mask supplier for which he pocketed €660,000, some media outlets have reported. Read more.

France to reinforce COVID-19 measures if ‘situation does not improve’. “The health situation in our country has deteriorated over the last few days” and “the virus is gaining ground again”, said French Prime Minister Jean Castex on Thursday, adding that reinforced measures will have to be taken if the situation in the 20 departments placed under “maximum vigilance” does not improve by next week. Read more.

Belgium’s Consultation Committee discusses outdoor bubble. The discussion will concern only a limited number of relaxations including an outdoor social bubble of up to 8-10 people and the return to work of non-medical contact professions.

The ban on non-essential travel is also on the table. However, it’s unclear whether it will be lifted, even after Belgium was reprimanded earlier this week in a European Commission letter for banning non-essential travel within the EU since 27 January. (Alexandra Brzozowski, EURACTIV.com)

Tory battles over Budget. There are growing divisions within the governing Conservative party ahead of next week’s Budget. Chancellor Rishi Sunak is expected to maintain generous support programmes for businesses and the self-employed, but his predecessor in Theresa May’s government Phillip Hammond warned on Thursday that the government would have to tell “some difficult home truths” about the state of the economy. Read more.

Finns Party chair says no longer in favour of ‘Fixit’. The Chair of the populist Finns Party, Jussi Halla-aho said he is not pushing for an EU exit and is “in principle” not against the bloc in a podcast published Thursday, despite his party’s existence being based on criticising the Union. Read more.

Draghi: VDL’s vaccine delivery plan not reassuring. The EU should speed up vaccinations to slow the spread of coronavirus mutations, said Italy’s new prime minister, Mario Draghi, during his first European Council which was held online on Thursday. According to Draghi, the vaccine delivery plan for this year’s second and third quarters presented by European Commission President Ursula Von der Leyen is not reassuring.

Although he expressed support for the global Covax scheme to deliver vaccines to help poorer nations, he stressed that due to the delay in vaccinations, now was not the time to make donations to non-EU countries as this would affect the bloc’s credibility towards its citizens. He also backed tougher action against pharmaceutical companies who go back on their promises and do not respect the agreed vaccine delivery times and quantities. (Daniele Lettig | EURACTIV.it)

Greek PM announces stricter penalties for sexual offences. The Greek penal code will be amended to have stricter penalties for sexual offences, said Prime Minister Kyriakos Mitsotakis in a parliamentary address on Thursday, adding that “for minors, the statute of limitations is suspended until the victim reaches adulthood, with new age limits.” the move comes in the wakes of a sex abuse scandal in the arts. Read more.

Slovak Ombudswoman: Quarantine of entire Roma communities is discriminatory. This type of quarantine is selective and applied only in areas with marginalised communities, and is “discriminatory, as it lacks justification, and its duration is unclear,” said Slovak Ombudswoman Mária Patakyová in reference to the EU’s Fundamental Rights Agency saying that Slovakia is the only EU country where entire Roma communities continue to be isolated to the second wave. Read more.

In other news, Commission values and transparency chief Vera Jourova insisted on Wednesday that Hungary is an “ill, not illiberal democracy”, repeating her words from last fall that prompted the Hungarian government to demand her resignation and announce it would suspend “all political contacts” with her.

International spokesperson of the Hungarian government Zoltán Kovács took to Twitter to claim that Jourova “has denigrated democracy in Hungary, insulting our country and our people — and damaging the reputation of the Commission, which is to remain above politics.”

“She has done this repeatedly, demonstrating that she is unfit for her office,” Kovács added.(Vlagyiszlav Makszimov | EURACTIV.com with Telex)

EU Reconstruction Fund: a bone of contention in the United Right? Although Prime Minister Mateusz Morawiecki is set to present the national recovery plan on Friday, as government spokesman Piotr Müller confirmed on Thursday, the government has not yet approved the bill to ratify the Reconstruction Fund. Read more.

Czechia wants to create ‘modern’ EU migration system. As negotiations on the EU’s New Pact on Migration and Asylum are approaching, the Czech Republic is calling for better prevention of uncontrollable migration flows, assistance for migrants in the regions of their origin, as well as more intensive cooperation with countries outside the EU. According to Tomáš Urubek from the interior ministry’s asylum and migration policy department, “the goal with which we enter into negotiations is to create a modern migration system.” Read more.

Bulgaria stops mass vaccination because of AstraZeneca. Bulgaria will stop the process of mass vaccination as it will continue to only receive 40% of the ordered doses of British-Swedish AstraZeneca vaccines, which are the basis of the government’s immunisation plans. Read more.

Romanian PM warns against too early relaxation. As the number of COVID-19 cases is on the rise in Romania, Prime Minister Florin Citu has warned people not to relax too soon. According to the PM, the restrictions work and people need to follow the rules, including using masks, disinfectants and respecting social distancing. Health authorities announced almost 4,000 new infections on Thursday, the highest level in more than a month. Romania’s COVID-related death toll has now reached 20,000 since the start of the pandemic. (Bogdan Neagu | EURACTIV.ro)

Majority of Croats believe country is heading in wrong direction. 71% of citizens think that Croatia is heading in the wrong direction, while 58% do not approve of the government’s work, according to the monthly Crobarometar, which has been recording mounting dissatisfaction among those surveyed for the third month in a row. Read more.

Inter-party dialogue will not start on 1 March, says Serbian parliament speaker. The representatives of Serbian political parties will not be included in the online discussion with the European Parliament’s Committee on Foreign Affairs chief David McAllister scheduled for 1 March, Serbian Assembly Speaker Ivica Dačić has confirmed. Read more.

Keserović, who left for Syria when he was only 19, became publicly known after he appeared in videos in which the Islamic State terrorist organisation called for killing Christians “and their servants”. The defence tried to contest the authenticity of one such video but the trial chamber dismissed its objections. According to estimates by BiH security agencies, at least 180 men left the country for Syria and Iraq to fight on the side of Islamist terrorists. (Željko Trkanjec | EURACTIV.hr)

BiH and Croatia sign military cooperation plan for 2021. The plan provides for 27 joint activities in Croatia and 14 in BiH. The activities include military education and training, exercises, and high-level meetings. Simultaneously, NATO welcomed the decision of BiH’s Council of Ministers regarding the Reform Programme, a NATO official told N1, stressing that this will help strengthen the country’s cooperation with the alliance. (Željko Trkanjec | EURACTIV.hr)

“This government won’t allow anyone to carry out banditry, because no one can be stronger than the state”, said Prime Minister Zdravko Krivokapić. For his part, special state prosecutor Milivoje Katnić has said that “the war in Yugoslavia began with similar events as in Tuzi”, noting, however, that he does not believe this will happen again. The police directorate has filed criminal charges against Đeljošaj, the city’s acting chief of the communal police, and a police officer for calling for resistance.  (Željko Trkanjec | EURACTIV.hr)

Court rejects government attempts to deport ‘Gulenist’ asylum seeker to Turkey. The Administrative Court of Appeal in Tirana has rejected the Albanian government’s attempts to deport Selami Simsek, a Turkish citizen trying to flee his country for fear of being persecuted for being considered a sympathiser of religious leader Fethullah Gulen, exit.al reported.

In January last year, the EU criticised the government after the deportation of Harun Celik, who had asked for political asylum and was arrested with Simsek, while Albania’s Ombudsman said the government had violated several laws in the process. According to the UN, Albania – whose Prime Minister Edi Rama has close relations with Turkish President Tayyip Erdogan – is complicit in extraterritorial abductions and forced disappearances of Turkish nationals. (Željko Trkanjec | EURACTIV.hr)