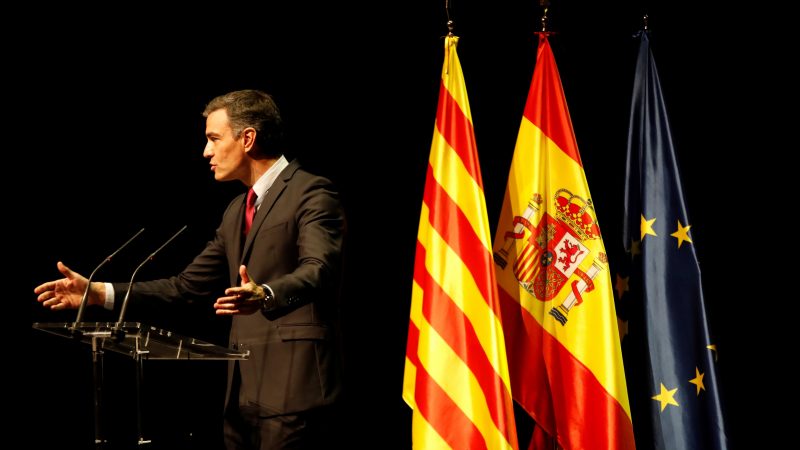 Spanish Prime Minister Pedro Sanchez, delivers a speech during the conference 'Re-encounter: future project for all of Spain' in Barcelona, Spain, 21 June 2021, a day before he is expected to announce the pardoning of imprisoned Catalan pro-independence leaders. [EPA-EFE/Toni Albir]

The Spanish government is poised to issue pardons for nine Catalan politicians jailed for their involvement in the illegal and ill-fated referendum and declaration of independence in 2017, EURACTIV’s partner EFE reports.

Pedro Sanchez told a conference at the Liceu theatre in Barcelona that he would formally propose the pardons during a cabinet meeting on Tuesday (22 June).

“I am convinced that removing these nine people from prison is a clear message,” he said. “Not only to them, but to Spanish and Catalan society as a whole. We take nine people out of jail, but we bring millions into coexistence.”

Right-wing parties opposed to Sanchez’s left-wing coalition have billed the measure as a capitulation to political groups that threaten Spain’s unity. 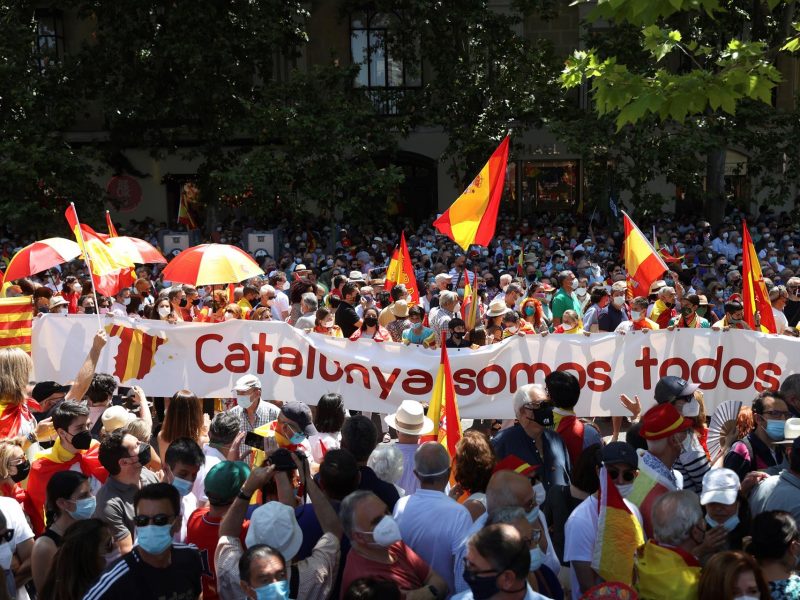 Thousands of people gathered in Madrid on Sunday (13 June) to protest against pardons the Spanish government is poised to grant to 12 Catalan separatist leaders serving sentences of between 9 and 13 years in prison for their roles in an unauthorised independence referendum.

Meanwhile, some pro-Catalan independence parties have called for full amnesty for the jailed politicians and activists, saying the government pardons do not go far enough.

“I recognise that some people are against the measure. I understand and respect it,” Sanchez told the audience just as a heckler interrupted proceedings by shouting pro-independence slogans.

The left-wing ERC, which leads the Catalan coalition government and supplies votes to Sanchez’s coalition in the national parliament, has signaled its support to the move.

“The government has chosen the path of reconstruction and reconciliation,” Sanchez continued.

“We do not expect that those who aspire to independence will renounce their ideals. But we do expect them to understand that there are no paths outside the law.”

Pro-independence groups gathered outside the theatre where Sanchez was speaking to protest the event.

The Catalan politicians and activists were sentenced to between nine and 13 years in prison for sedition and misuse of public funds in 2019.

The events of 2017 brought Spain to the brink of a constitutional crisis. The erstwhile prime minister, Mariano Rajoy of the conservative Popular Party, activated a constitutional article that temporarily stripped Catalonia of its autonomy and dissolved its parliament.