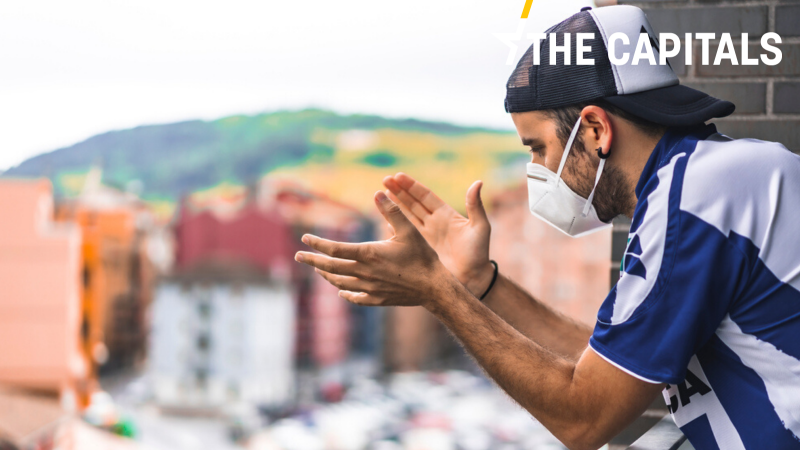 Before you start reading today’s edition of the Capitals, feel free to have a look at the article “Protests roll on against ‘worldwide’ racism“.

Now that many European countries have started lifting lockdown measures and opening borders, make sure you stay up to date with EURACTIV’s comprehensive overview, which is regularly updated with the help of our network of offices and media partners. Also, check our country update pages, such as the one for Spain and Bulgaria.

MADRID. Spain’s socialist Prime Minister Pedro Sánchez on Sunday  (7 June) urged young people to be prudent and follow hygiene and prevention regulations to prevent further outbreaks of coronavirus cases in the country, one of the most hard hit by the pandemic, EURACTIV’s partner EFE reported.

“I beg you. Do it for your parents, for your grandparents, for yourselves, but also for everyone else,” Sánchez pleaded during a press conference on Sunday after a videoconference with the presidents of the Spanish autonomous communities and cities. Read more.

More anti-racism protests. Over the weekend, there were again demonstrations against racism and police brutality in 25 cities, with 15,000 coming to Berlin’s Alexanderplatz, 14,000 in Hamburg, and 20,000 in Düsseldorf. The largest gathering took place in Munich with 25,000 in Marienplatz.

Health Minister Jens Spahn (CDU) expressed concern about the large gatherings. “The fight against racism needs our joint commitment,” he wrote on Twitter, adding that “crowds of people in the middle of a pandemic worry me.” EURACTIV Germany’s Sarah Lawton has the story.

Thousands protest racism and police violence. More than 10,000 people outside of Brussels’ Palais de Justice protested racism and police brutality against people of colour in Belgium, despite COVID-19 lockdown measures still being in place over the weekend. While the main demonstration remained peaceful, incidents broke out in the Matonge district late Sunday afternoon. Alexandra Brzozowski has more.

France wants 5G auction in September. France wants to launch its planned auction of 5G frequencies in September so that the fifth generation mobile network can be deployed by year-end, junior economy minister Agnes Pannier-Runacher said in remarks published on Friday. Read more on Reuters.

Slave trader statue dismantled by protestors. A statue of slave trader Edward Colston was torn down and thrown into the Bristol harbour on Sunday (7 June) on the second day of anti-racism protests which took place across the UK. EURACTIV’s Benjamin Fox has more.

New transparency law to end era of official secrecy. One of Austria’s oldest election promises passed down from one governing party to the next, might finally be realised.

The principle of official secrecy, which protects information held by administrative institutions from being published, is set to fall as Austria’s EU and Constitution Minister Karoline Edtstadler (ÖVP) announced a freedom-of-information-law to be enshrined into the Constitution. According to Edtstadler´s plan, inquiries about such information would have to be answered within four weeks, or eight weeks for complex questions. However, there will be exemptions for data on health or national security. (Philipp Grüll | EURACTIV.de)

Finance minister’s resignation re-shuffles political cards. The shock resignation on Friday (5 June) of Finance Minister and Deputy Prime Minister, Katri Kulmuni, has cast a shadow not only over the direction of the Centre Party which she chairs but also over the future of Prime Minister Sanna Marin’s five-party government. EURACTIV’s Pekka Vänttinen digs deeper.

Italy ‘took the knee’ for George Floyd. Thousands of people protested peacefully in Rome’s Piazza del Popolo on Sunday (7 June) to denounce the killing of George Floyd on 25 May in Minneapolis and show solidarity with anti-racism protests in the US and elsewhere. The protesters knelt in silence for eight minutes before screaming “George Floyd is here! No to racism”. EURACTIV Italy’s Valentina Iorio has the story.

The majority of the Spanish population will this week progress into the third stage of the country’s four-phase lifting of coronavirus lockdown measures, EFE reported.  About 52% of the population in regions of northern, eastern and southern Spain will from today (8 June) allow restaurants and bars to partially reopen their interiors, and no longer have to respect allocated hours for outdoor exercise. EURACTIV’s partner EuroEFE looks at Spain’s other regions.

Capital re-opens. Portugal’s government plans to lift the lockdown restrictions that remain in the Metropolitan Area of Lisbon due to COVID-19 as of 15 June, Prime Minister António Costa said, stating that the decision will be evaluated on Tuesday (9 June). As of Sunday, 75% of new coronavirus infections were concentrated within the Lisbon region, while the percentage was over 90% just a few days before. (Rosa Carreiro, Lusa.pt)

Also on Tuesday, Portugal’s government will approve a proposal to review the state budget for 2020, following last week’s presentation of its Economic and Social Stabilisation Plan, to combat the effects of the COVID-19 pandemic, which includes measures such as the automatic extension of unemployment benefits and extra family allowances. (André Campos Ferrão, Lusa.pt)

‘Greece will be alone in case of conflict with Turkey’. In the event of a possible conflict between Greece and Turkey, Athens will be alone, former defence minister Evangelos Apostolakis has said.

Warsaw hopes to host some of the US troops withdrawn from Germany. Washington’s announcement to reduce the contingent of US troops in Germany drew criticism from the host country and took NATO allies by surprise. At the same time, Poland has been quick to offer to host some of these forces. Click here for more from Alexandra Brzozowski.

Two Russian diplomats expelled. PM Andrej Babiš announced on Friday (5 June) that his government has expelled two Russian diplomats. The decision came after bogus information about a planned attack on elected Prague officials who had angered the Kremlin was sent by a Russian agent to Prague in March.

According to the Czech government, the bogus plot was a result of a dispute between Russian embassy employees – one had fed false information to Czech intelligence services that the other had been targeting Prague politicians. (Ondřej Plevák | EURACTIV.cz)

Romania avoids rating downgrade. Romania narrowly avoided a downgrade of its sovereign rating to ”junk” status, as Standard&Poor’s reaffirmed its BBB- rating, the lowest in the “investment grade” category, but with a negative outlook.

While the agency noted risks to Romania’s fiscal and external balances over the next period, it forecast a comparatively low net general government and external debt and assumed fiscal consolidation after the 2020 general elections. However, due to the COVID-19 crisis, the agency predicts a higher economic contraction than the one expected by the government. (Bogdan Neagu | EURACTIV.ro)

Slovenia to reopen border with Italy next week? Slovenia will open its border with Italy “very soon”, Foreign Minister Anže Logar said on Saturday (6 June) after talks with his Italian counterpart Luigi Di Maio in Ljubljana. Logar did not explicitly set a date but said he was “looking forward to 15 June with optimism” and added that Italy was a very important neighbour and a key economic partner.

In other news, Serbian President Aleksandar Vučić confirmed on Sunday he would attend the Victory Day parade in Moscow on 24 June. Vučić received Russian Ambassador Alexander Botsan-Kharchenko, who invited him on behalf of President Vladimir Putin to attend the parade. Read more.