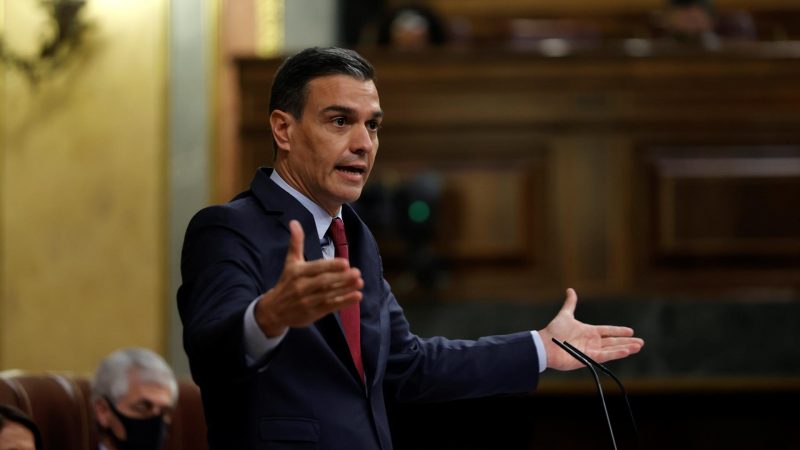 Spanish Prime Minister Pedro Sanchez: “I can tell you now, the PSOE will never ever accept it." [EFE/ Emilio Naranjo]

Spanish Prime Minister Pedro Sanchez has said that there will not be an independence referendum in Catalonia because the Socialist Party (PSOE) he leads “will never ever accept it.” EURACTIV’s partner EFE reports.

Sanchez firmly shot down the possibility of a vote during a plenary session in parliament on Wednesday after explaining the government’s reasoning for granting pardons to nine convicted Catalan separatist leaders last week.

“There will be no referendum on self-determination unless its advocates manage to convince three-fifths of this Chamber to modify the Constitution’s Article 2 and Spaniards ratify that amendment through a referendum,” he said.

“I can tell you now, the PSOE will never ever accept it,” he added.

Sanchez conceded the pardons do not necessarily help resolve the dispute, but argued that it is evident that tribunals are not a solution on their own and defended his decision as a necessary political step towards reconciliation, although “always following the law.”

He also addressed separatist deputies, some of whom have backed his coalition government, as he stressed that the pardons were only a public utility and the now released pro-independence politicians had been convicted for violating the law. 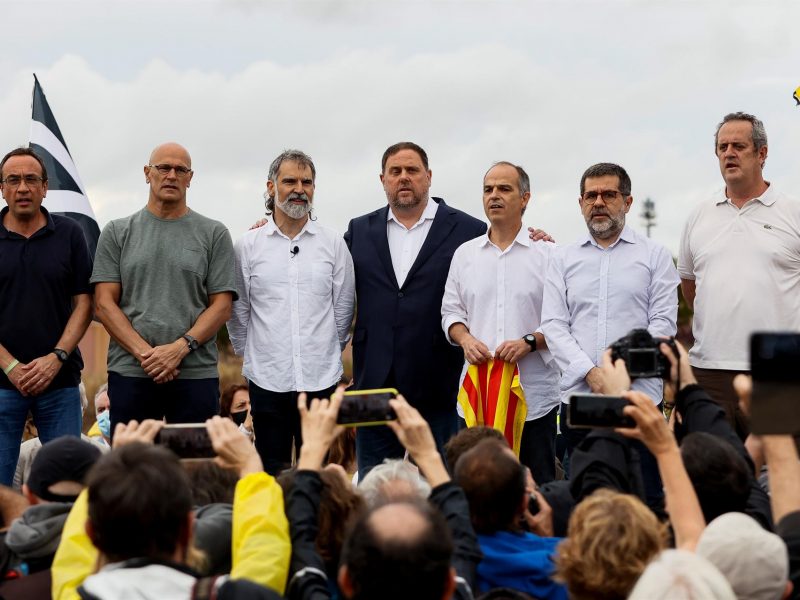 Nine Catalan separatists have been released from prison after their sentences for their role in a banned independence referendum in 2017 were commuted by the Spanish government. EURACTIV’s partner EFE reports.