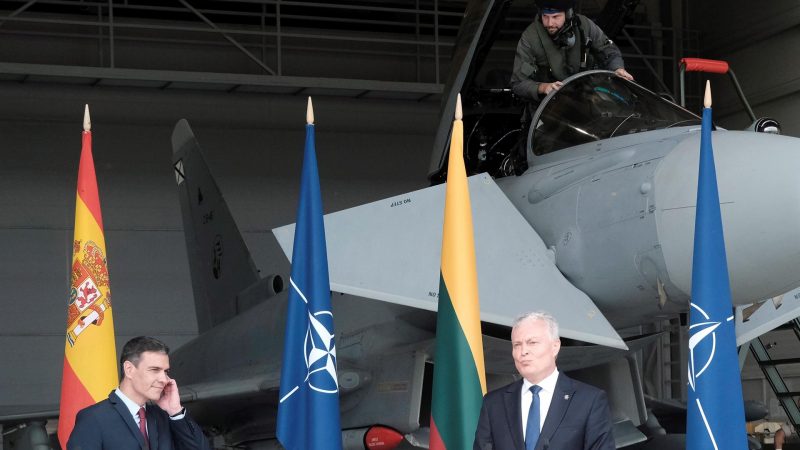 A press conference involving the prime minister of Spain at a Lithuanian NATO base was suddenly plunged into disarray on Thursday when pilots scrambled two fighter jets to respond to an alert that an unidentified aircraft had carried out an incursion over Baltic skies. EURACTIV’s partner EFE reports.

Spanish Prime Minister Pedro Sánchez and Lithuanian President Gitanas Nauseda were holding the conference in the mouth of one of the base’s aircraft hangars, in front of one of seven Spanish Eurofighter jets stationed at the base, when they were forced to pause proceedings.

A couple of minutes into the briefing, fighter pilots began the process of scrambling two Eurofighter jets to carry out an identification mission from the NATO base, which serves as an outpost near Russia.

Spanish government sources confirmed the threat was real, although there was initial confusion because a simulation had been programmed to coincide with Sanchez’s visit.

The press conference resumed 25 minutes later, with the Spanish head of government saying that the response proved the importance of Spain’s NATO mission in Lithuania.