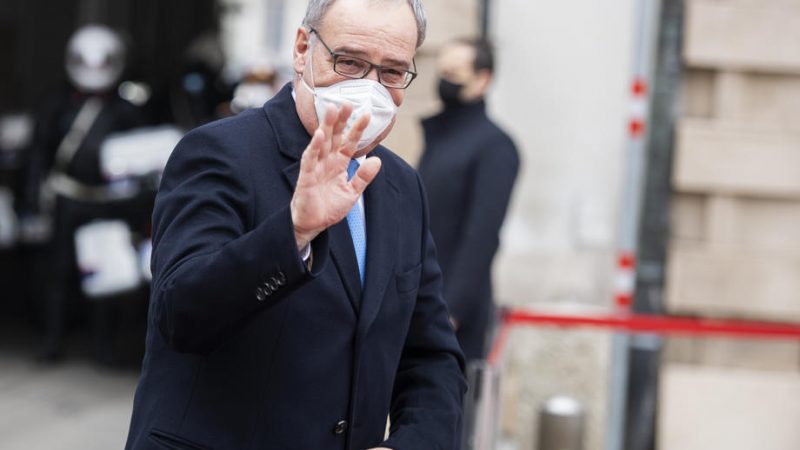 Swiss President Guy Parmelin heads to Brussels on Friday (23 April) for a summit with European Commission President Ursula von der Leyen over a stalled treaty that threatens to put ties between Switzerland and its biggest trading partner into a deep freeze.

Many Swiss business leaders who are keen on continued smooth access to the EU market want a treaty, but political resistance to the agreement gives Parmelin little leeway to clinch a deal after years of foot-dragging in Bern.

That could leave Parmelin, a member of the eurosceptic Swiss People’s Party, the biggest in parliament, in damage-control mode when he meets von der Leyen, who has urged Bern finally to embrace the draft accord negotiated in 2018.

The Swiss cabinet has said it wants clarifications on some open points before endorsing the pact, and officials in Brussels want concrete suggestions from Parmelin, one source familiar with the talks said.

Parmelin said in a weekend newspaper interview he would seek to move the discussion forward without bombast.

“I am not going to play Boris Johnson,” he said, referring to the British leader’s blustering stance toward EU ties during Britain’s exit from the bloc.

The treaty would have non-EU member Switzerland routinely adopt single market rules and provide a more effective way to resolve disputes. Critics say it infringes Swiss sovereignty so much that it would never survive a binding referendum.

Failure to strike a deal would leave in place a patchwork of sectoral accords that govern bilateral ties, but block Switzerland from any new access to the single market, dashing plans for an electricity union, for example.

Even the existing accords will erode over time. A deal that eases cross-border trade in medical technology products lapses in May, for instance, and Swiss scientists worry they may be frozen out of the EU’s Horizon research programme.