Terrorism vigilance stepped up across Europe 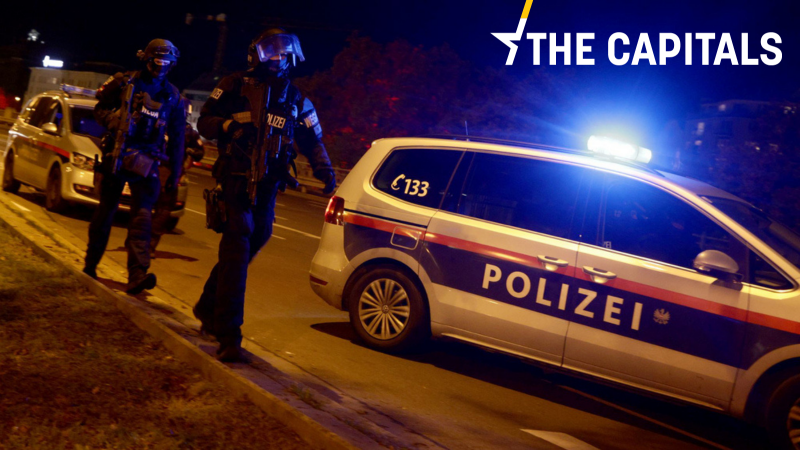 EU countries have stepped up their terrorist investigations across the bloc following a series of Islamist attacks in France and Austria.  [VP Brothers/Shutterstock]

Before you start reading today’s edition of the Capitals, feel free to have a look at the article EU institutions strike budget deal on rule of law mechanism, written by Vlagyiszlav Makszimov.

Five Star Movement infighting leaves eight EU party officers jobless. The latest development in the ever closer split-up of Italy’s anti-establishment party in the European Parliament will cost eight assistants their jobs. But it also reflects a deeper power struggle in the entire Five Star Movement back home. Read more.

EU should not scrimp on healthcare, says cancer committee chair. Each euro invested in cancer treatment is a step closer to patients’ health, so Europe should not cut corners and leave patients alone in their fight, centre-right MEP Bartosz Arłukowicz told EURACTIV in an interview.

EU countries have stepped up their terrorist investigations across the bloc following a series of Islamist attacks in France and Austria. One of the 15 suspects that have so far been arrested in connection with the terrorist attack in Vienna on Monday evening was caught in Switzerland, announced Interior Minister Karl Nehammer.

Eight of those detained following Monday night’s terrorist attack in Vienna had previous convictions, including for terror offences, Nehammer said Thursday, as the investigation extended to Switzerland and a second, unnamed country. Read more.

Meanwhile, two minors were arrested last weekend in Belgium on suspicion of attempted terrorist attack and participation in a terrorist organisation, the federal prosecutor confirmed to RTBF. The arrests came before the attack on Monday evening in Vienna by a sympathiser of the IS terrorist group, though they are believed to be unrelated.

The Belgian Coordinating Body for Threat Analysis (OCAM) maintains the level of the terrorist threat at 2 on a scale of 4, which “means an unlikely threat but not non-existent“.

Similarly in Greece, a 27-year-old jihadist from Tajikistan has been arrested by Greece’s Counter-Terrorism Service, Greek media reported on Thursday. Read more.

France and Germany recently demanded closer EU cooperation in fight against terrorism but on Tuesday French President Emmanuel Macron went a step further calling on Europe to rethink its open-border Schengen area, including a more robust protection of the zone’s external frontiers.

French MPs discuss ban on filming police officers. French MPs are currently examining a bill that would prohibit the publication of images allowing the identification of law enforcement officers if the purpose of the broadcast is to harm their “physical or psychological integrity” – something which police unions have been demanding for some time. Read more.

Read also: Strict measures will remain ‘until there is a vaccine’, Belgian PM says

Northern Ireland not ready for post-Brexit border trade checks. Northern Ireland will not be ready to conduct checks on certain goods moving between Britain and the province from 1 January as required by the Brexit divorce deal and is exploring contingency plans, an official report warned on Friday. Read more.

Daily ferries to avoid congestions at EU-UK “land bridge” route. Direct daily ferry sailings between Ireland and France will begin from January to help traders and hauliers bypass the United Kingdom to avoid delays caused by EU-UK border checks post-Brexit, according to reports by the Irish Times.

However, services might take at least 18 hours, making the crossing longer than the current direct route favoured for time-sensitive deliveries. (EURACTIV.com)

More Finns quit smoking because of COVID-19, says study. Of the people who quit smoking in Finland within the last year, 15% have done so because of the coronavirus, according to a survey commissioned by the Finnish health organisation and carried out among citizens aged between 17 and 79. Read more.

Sweden to extend border controls from 12 November. The Swedish government said on Thursday it will extend controls at its borders from 12 November lasting until May next year as a result of the heightened security situation.

“The terror-threat level is still at a heightened level and our overall judgement is that controls at Sweden’s borders are still needed,” Home Affairs Minister Mikael Damberg said in a statement. (EURACTIV.com)

Italian regions criticise new colour code classification. Piedmont, Lombardy, Calabria and Valle d’Aosta, which happen to be the four Italian regions which have been classified as “red zones”, are requesting the government to provide clarification on the decision. Read more.

Spanish PM calls for collective discipline, hopes for vaccine by May. Spain’s socialist Prime Minister Pedro Sánchez called on Tuesday for a collective effort and “self-discipline” of the population to overcome the worst of the economic and health crises in the country, EFE reported. Read more.

Portugal mulls new state of emergency. Portuguese President Marcelo Rebelo de Sousa proposed on Thursday in a draft presidential decree a state of emergency – this time without a lockdown – that would run from 9 to 23 November. Read more.

Czech Republic’s energy industry under pressure. The current crisis is far from over and only time will tell what economic impacts it will have on the energy industry, Czech MEP Evžen Tošenovský (ECR) said.

“The industry is under double pressure: impacts from the pandemic, as well as more and more strict and excessive EU [emission reduction] limits,” Tošenovský, who is also member of European Parliament’s Industry, Research and Energy Committee (ITRE), told EURACTIV.cz. Problems within the heating industry, in particular, might end up causing severe social issues, he added. (Ondřej Plevák | EURACTIV.cz)

The charges raised against these men include “organising and supporting an organised crime group.” The operation was given the code name “Purgatory”. (Zuzana Gabrižová | EURACTIV.sk)

Russian vaccine to arrive in Hungary. Hungary will receive a small batch delivery of COVID-19 vaccines from Russia in December, followed by a “large quantity shipment” in January, said Foreign Minister Péter Szijjártó in a video, which he posted on Facebook from quarantine after he tested positive for COVID-19. Read more.

Romania almost goes back into ‘full lockdown’. Schools will be closed all over the country, mobility will be restricted during night time and shops will close at 9pm, announced Romanian President Klaus Iohannis on Thursday after presiding over the government meeting in which the tighter regulations were discussed. The new rules will be enforced as of Monday, said Prime Minister Ludovic Orban. Read more.

Croatian MPs bring motion of no confidence against economy minister. The SDP party has brought a motion of no confidence against Economy and Sustainable Development Minister Tomislav Ćorić, citing possible corruption in the Krš-Pađene wind park affair and contacts between Ćorić and Dragan Kovačević, the former CEO of JANAF (Adriatic oil pipeline operator) who was arrested in September on suspicion of influence peddling and bribery. Read more.

In a protest against the government’s measures to prevent the spread of COVID-19 organised mostly by Anonymous Slovenia, the riot police retaliated after protesters used flares and threw granite pavement cubes at them. Three people have been injured as a result, though it is not clear whether they were protesters or police officers. Friday’s non-violent “cycling protesters” are distancing themselves from this protest. (Željko Trkanjec | EURACTIV.hr)

Serbia to see moderate economic decline, says EU Commission. Serbia’s economy will experience a moderate decline this year of 1.8% owing to the relatively brief duration of extreme lockdown measures combined with the substantial support allocated to alleviating the consequences of the crisis, according to the European Commission’s autumn forecast published on Thursday. Read more.

Croats deny UN High Representative report. The report by the UN High Representative in BiH, Valentin Inzko, is untrue because it ignored the issue of Croats being outvoted and left out the fact that the Bosniak side avoided an agreement on changes to the country’s election law, according to the HNS BiH (Croatian National Assembly, an umbrella organisation of Croatian political parties in BiH).

Montenegro’s PM-designate proposes candidate ministers. Prime Minister-designate Zdravko Krivokapić proposed to the leaders of the three ruling coalitions – For the future of Montenegro, Peace is our nation and Black and White –  a list of candidates for the minister positions. Read more.

Albania fully supports former Kosovo President Thaci. “Hashim Thaci has the full support and solidarity of Albania in the next battle of Kosovo and for the justice of the sacred Liberation War! The absurd trial against him will finally confirm that the KLA’s war was just and prevent the rewriting of its history,” Albanian Prime Minister Edi Rama posted on Twitter.

“This is a moment of reflection to strengthen more skills and unity, in the best national interests,” Albanian President Ilir Meta wrote on Facebook. (Željko Trkanjec | EURACTIV.hr)