The Brief – A Brexit dividend you didn’t expect 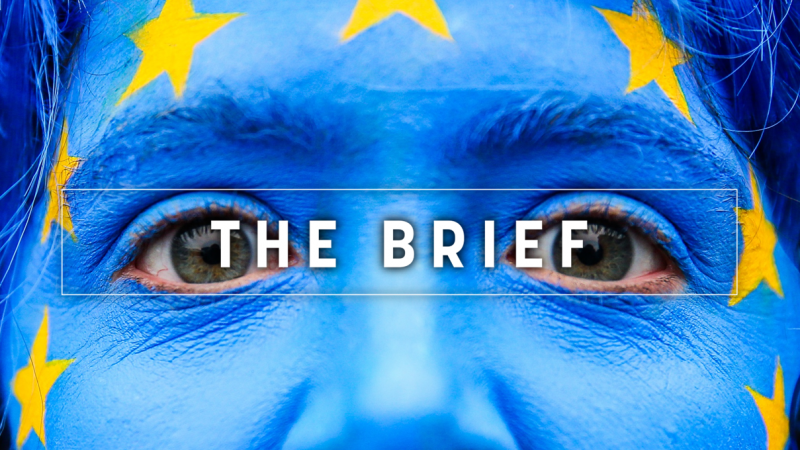 A cursory glance at most news outlets will leave you with a sense of dread about the upcoming EU elections. Doom is on the horizon and we should all be worried. But don’t despair, rejoice, because Europe finally matters.

European politics have never been so hot. Open any national newspaper these days and you will see some EU-themed story staring back at you.

Even broadsheets on the other side of the Atlantic and the sardonic late-night talk shows have started devoting space and time to what goes on in Brussels. They don’t always get it right but interest is clearly on the up.

Maybe this is the elusive Brexit dividend that advocates of leaving the EU were talking about. For better or worse, the hypnotic car crash of the negotiations has shone a spotlight on comings and goings in the EU capital.

Simple things like the date of the European elections, EU procedures like summits and who is your local MEP have started to become clearer to many people. A 24-hour news cycle does have a silver lining in this regard.

It is certainly not the awakening of a ‘European demos’ that many have long hoped for but surely the mere fact that the EU is now firmly in the public Zeitgeist counts for something. Familiarity in this case could breed respect rather than contempt.

Because all the EU myths that have done so much damage, from bendy bananas and uncontrolled migration to bans of double-decker buses and forced conscription in a European army, pale in comparison to a bigger problem: disinterest.

The current fascination is more often on the morbid elements, of course: Viktor Orbán and the EPP, Nigel Farage’s latest diatribe and migration failures in the Med, to name just a few, always garner clicks.

But among the manure are promising green shoots: everyone pays attention when Margrethe Vestager doles out her latest tech giant fine, climate policy is a fan-favourite and the seemingly dry Alstom-Siemens merger got non-policy-wonk tongues wagging.

Even once-faceless EU officials are now recognisable outside of the Brussels bubble.

Vestager’s antitrust crusade and penchant for knitting have made her a darling of magazine features, Jean-Claude Juncker’s eccentric personality means his name is well-known and even the secretary-general of the Commission is on people’s radars.

Even if familiarity does not immediately lead to increased respect for the EU as an organisation, optimists will think that the increased scrutiny will improve standards.

Sore points, like MEP expenses, the Commission’s revolving-door conundrum and deals brokered behind doors in the dead of night by EU ambassadors should be more difficult to sweep under the rug if everyone is watching.

So the relentless and at times unbearable Brexit saga might help out the EU. To butcher an ancient saying: people were attracted by the circus but might stay for the bread.

By Alexandra Brzozowski and Sam Morgan

All eyes are on the European People’s Party (EPP) and what punishment will be handed down to Hungary’s Fidesz party. The vote during the party meeting could risk a split just before the European elections.

Unlike rival centre-right and socialist parties, the liberal ALDE political faction is bucking the trend of the so-called Spitzenkandidat process and will name a raft of lead candidates for their ‘Team Europe’. Margrethe Vestager is the marquee name on the list.

The Danish Commissioner was on fine form today too, handing down a €1.49 billion fine to tech giant Google. The EU’s cybersecurity strategy is under the scrutiny of global actors and fake Facebook and Twitter accounts are in the Commission’s crosshairs.

Several Italian MEPs have voiced concern and criticism after a lawmaker from Matteo Salvini’s ruling Lega party hinted at the possibility of removing an EU civil servant from his duties.

EU leaders will only reiterate earlier commitments on climate action when they meet in Brussels on Friday, despite growing calls from youths across Europe to step up the fight against global warming.

In the latest edition of ‘what is Theresa May playing at?’, the British PM’s call for a Brexit extension until late June has been met with short shrift by the Commission.

And Brexit paralysis getting you down? Here’s a bit of vintage John Bercow, the rambunctious speaker of the House of Commons, putting an MP down in the most passive-aggressive, bitchy yet polite way possible.

Crunch time: EU leaders meet, with the focus on Brexit tomorrow. Prepare for a long night and watch this space for on-the-ground coverage.

Want to know how European capitals position themselves ahead of the crucial discussions? Have a look here.