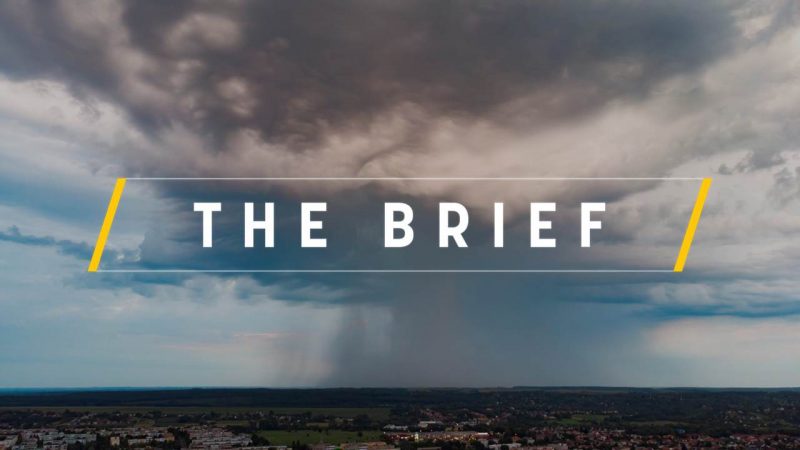 Italy, Brexit and the trade war top the list of concerns for decision makers and pundits across Europe. The situation will likely get worse on each of these fronts over the next few weeks. Another perfect storm is looming just as the EU institutions entered a lame duck period.

This summer, be prepared to see a worsening of the Italian government’s dispute with the European partners over its high debt; a hardliner Brexiteer in charge of the UK’s withdrawal from the EU, and new tariffs imposed by US President Donald Trump.

The nightmare scenario will come amid the ongoing discussions between national governments, political families and even the European Commission and the Parliament on who should lead the EU institutions.

The next Commission president will inherit a face-off with Italy’s strongman Matteo Salvini, an increased risk of a disorderly Brexit, and up to $11 billion in fresh duties against European products as part of the long-standing Airbus-Boeing dispute.

The show starts tomorrow (5 June). The Commission will present its report on whether the Italian populist and far-right government made sufficient efforts to rein in public spending. The numbers show that it would be hard for the EU executive not to launch a sanction procedure against the country, which could lead to a €3.5 billion fine (0.2% of its GDP).

The expected clash between Salvini, reinforced by his sound victory in the European elections, and outgoing Commissioners Valdis Dombrovskis and Pierre Moscovici, would shake up the markets in the summertime, when the low trading amplifies every hiccup.

Moreover, the confrontation could further destabilise Salvini’s fragile ruling coalition with the Five Star Movement, and even trigger snap elections in the third largest eurozone economy.

As the EU and investors’ pressure will grow, Salvini could be tempted to turn the vote into a euro referendum, in a country where EU remainers don’t even account for half of the population.

Meanwhile, the 15-year old dispute between the EU and the US over the subsidies given to their plane makers Airbus and Boeing is heading to a dramatic finale in the coming weeks.

Despite the European efforts to find a negotiated solution, the Trump Administration will likely impose tariffs as soon as the WTO arbitrator determines the US rights for compensation, as we published last week. EU officials only hope that the sum would be lower than the €11 billion mentioned by Trump.

The Commission had tried to convince Washington to cancel each other’s compensatory tariffs. If Trump decides to pull the trigger, the EU will approve its own tariffs in response to Boeing subsidies. The escalation in the trade dispute would also put a severe strain on the bilateral talks, making it more probable to see the imposition of car tariffs in October.

Finally, the race to succeed Theresa May as UK prime minister is becoming a competition to show who is the most fearless crusader in Brexitland. Frontrunner Boris Johnson set the last frontier with his readiness for a no-deal Brexit on 31 October, so a chaotic divorce increasingly looks like the central scenario.

It wouldn’t be the first time that worrying signals turn out to be a storm in a teacup. But Salvini, Trump, and most of the UK Conservative Party have already shown that even if you are prepared for the worst, you’re not even halfway towards weathering the storm.

Trump’s gambit to make the Paris Agreement collapse failed. Now China and Russia are taking advantage of the power vacuum left by the US to shape the accord’s rules – and show no signs of wavering on commitments.

Unexpected political upheavals such as Brexit or Trump’s election could have been foreseen if the obesity rate has been taken into consideration as a socio-economical marker.

A new strategy for the capital markets union, fintech, financial stability, sustainable economy and Brexit are the priorities listed for the next financial services Commissioner.

The Commission defended its track record of saving lives in the Mediterranean, as it faced accusations of “crimes against humanity” substantiated in a 245-page report by international lawyers.

It also announced, it would assess a request by the Netherlands to suspend visa-free travel for Albanians, adding that such a decision should not be taken lightly.

In the assessment of what the four candidates offered for hosting the newly formed European Labour Authority, the ball is in the member states’ court.

French President Macron said that he fully accepted his “bad guy” role in insisting on a shorter extension to Britain’s tortuous exit from the EU, while insisting that 31 October is the “final, final deadline.”

Speaking of bad boys, the IMF warned France that its public debt is “too high for comfort”, calling on the nation to tackle the issue by stepping up spending reforms.

Italian PM Giuseppe Conte said he was ready to resign unless the two parties in the governing populist coalition — the League and the Five Star Movement — stopped squabbling.

The EU should be “ready to act” should social values such as “privacy, freedom and fairness” be under threat from expanding digital monopolies, the bloc’s Competition Chief Margrethe Vestager said.

It would be wise to accept that the Spitzenkandidaten system is broken and look for a democratic replacement, writes Dick Roche, bringing up as arguments nuggets of vintage EU politics.

On a lighter note, eight football teams you’ve never heard of, from unrecognised, disputed or breakaway regions, are battling this week in the finals of the Confederation of Independent Football Associations (CONIFA) in Nagorno-Karabakh.

General elections in Denmark. Look out for how the home-base develops for Commission top job hopeful Margrethe Vestager.

One thing is certain: immigration policy will remain tough in the country.