The Brief – A summer’s tale with no happy ending yet 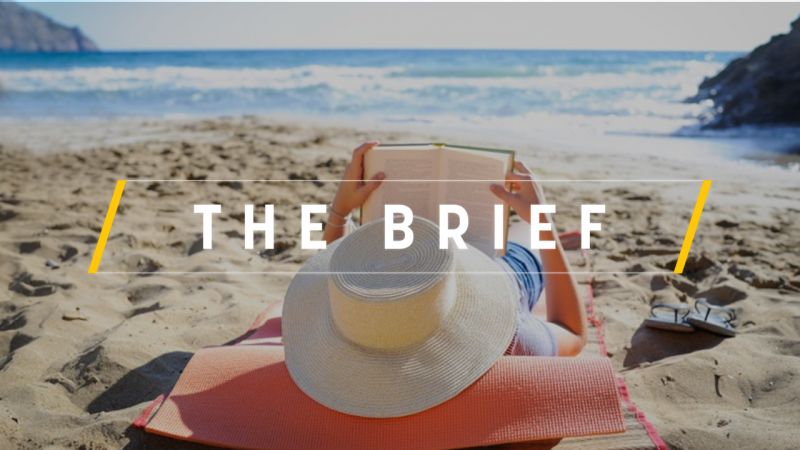 For most people, summertime means relaxation with a good book in the sun, under the shelter of a flimsy parasol or taking in the clean mountain air. This season’s number one thriller had a distinctly Italian flavour.

No matter the political creed, everyone in Italy admits that they followed the summer’s twists and turns with bated breath. If the craziest crisis ever, as many newspapers have dubbed it, were a story, it would be a well-structured and masterfully written one. Maybe a prestigious literary prize-winner too.

Like in every good story, it includes clearly defined characters that allow the plot to be deepened into other subplots; a real page-turner.

It’s the story of the main hero, Giuseppe Conte, a character whose arc leads him from being “a puppet of his two deputies” (copyright Guy Verhofstadt) to the saviour of the land in its darkest hour, like in a Bildungsroman.

There is a credible (and scary) antagonist, Matteo Salvini, who is desperate to seize power and he is even willing to stab in the back his ally and erstwhile friend, Luigi Di Maio.

And it tells the story of the betrayed friend as well, who is facing an inner conflict between doing the right thing and joining the side of the antagonist, who promised him what he wants most: to be prime minister.

But there are also a bunch of other memorable side characters, like the revenant, Matteo Renzi, or the fresh face of Nicola Zingaretti, not to mention the righteous judge of the piece, President Sergio Mattarella.

The summer’s tale satisfies the basic elements of a great story when it comes to the plot too, full of unexpected turns.

As conflict is essential to any tale, you have the ‘incident’ when the antagonist Salvini triggers the crisis suddenly on a midsummer day.

Then you have the ‘reveal’ when the two long-standing enemies, Five Star Movement (M5S) and Democratic Party (PD), decide out of the blue to cooperate in order to sideline the antagonist.

Then there is the most classic ‘point of no return’ when the antagonist realises he has made the wrong move and it is almost impossible to go back to how things were.

And you also have the ‘all is lost’ moment – when it seemed that M5S and PD were not able to clinch any deal – overcome by the ‘news of hope’ moment when PD accepted the name of Conte as prime minister to break the stalemate.

Now that everything appears to be going well and that the protagonist seems blessed by other external actors, like the EU, financial markets and even Donald Trump, the story still needs a happy ending.

Next week, the final chapter could be written if M5S activists want the story to end like this, when they take to the party’s e-voting platform, Rousseau. The negotiations are actually not going that well, so the end could well be delayed…

There has been much talk about decreasing interest in politics but this summer, TV viewing figures for the crisis rivalled those of the national football team’s matches. Sometimes, you only need a good story to be told.

Germany holds two important state elections this weekend, which could have a huge impact on the federal government. Far-right outfit Alternative for Germany are predicted to score big and one of their ranks thinks it’s only a matter of time before a branch of the CDU cooperates with his party.

Next week will give more clues to the make-up of the new Italian government. Here’s what curious observers in Brussels thought of the drama in Rome.

Former PM Matteo Renzi gave a self-confident interview on the situation in Rome, explaining his decision not to be a part of a new administration and the personal attacks made on him by Five Star.

Still no word on Italy’s pick for Commissioner but there are fresh updates on Slovenia and Romania’s nominees in our live tracker.

A Scottish court refused to take action in a case against the UK government’s decision to suspend parliament, but said a more in-depth hearing would be held on Tuesday. Brexit minister Steve Barclay finally realised what no-deal might mean for the car industry.

Former PM Gordon Brown has caused confusion by insisting the EU will scrap its 31 October Brexit deadline, insisting it was only set by the other member states because of the EU elections. It is a measure that the UK would actually have to request and agree on.

Defence ministers talked AI, killer robots and climate change yesterday in Helsinki. Today, EU high-rep Federica Mogherini said Brussels will do all it can to preserve the Iran nuclear deal and will step up its environmental efforts in the Arctic.

It must be Rotterdam not anywhere… Eurovision 2020 will be held in the port city after the Netherlands chose it over Maastricht. It could be the UK’s first in a post-Brexit world.

Donald Trump pulled out of WWII commemorations in Poland due to the arrival of a large hurricane in Florida. (Hopefully, he’ll refrain from nuking it). Angela Merkel rode in to save the day and will attend instead.

Views are those of the authors