The Brief – Asselborn to be wild 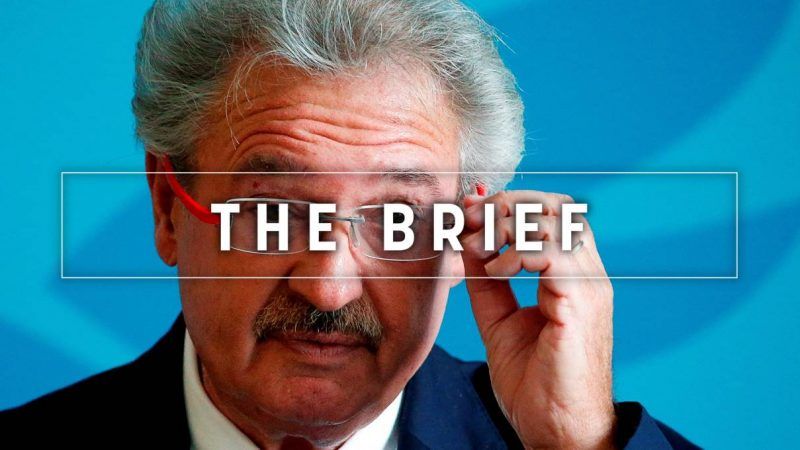 Much has been made lately about free speech and whether or not to deny populists and nationalists a platform or to let them speak. Luxembourg’s wise old foreign minister found the solution to the dilemma last week: shout, shout and let it all out.

Two of the world’s most venerable and respected news providers, The Economist and the New Yorker, split opinion in recent weeks over their different ways of dealing with Dorian-Gray-painting-come-to-life Steve Bannon.

Trump’s former adviser was invited to speak at two different live events but it was only the New Yorker that reconsidered their offer. Uninviting Bannon prompted outrage from his supporters and the man himself. Others welcomed the magazine’s move.

The Economist, however, stuck with Bannon and on Saturday the ex-White House strategist was interviewed live at the Open Future festival, greeted with sporadic protests at the New York event.

Some said that a live interview was just the acid test needed to expose his ideas, while others said the format was exactly what Bannon the showman craves, an uncontrolled, high-level soap box to peddle more lies and hate.

It ended up being a bit of both, with Bannon’s grasp of history once again showed to be tenuous at best, but he was also able to avoid some of the harder questions posed by Economist Editor-in-Chief Zanny Minton Beddoes.

Bannon, who Trump claims cried when he was fired, once again used the platform to praise Hungarian leader Viktor Orbán and Italy’s interior minister Matteo Salvini.

Lega-leader Salvini had a run-in with Luxembourg’s foreign minister, Jean Asselborn, at a conference in Vienna on Friday, when the latter interrupted the Italian politician, who was using his speaking time to liken African immigrants to slaves.

Salvini then moaned about manners but, to quote Asselborn himself, “merde alors” to that. Populists have their own heroes and figureheads, we need ours. Your Farages, Le Pens, Orbáns and Salvinis of the world are idea-less and deserve to be shouted at.

Thankfully, Asselborn has not backed down from what he said and even upped the ante at the weekend, accusing Salvini of using fascist methods. “I stand behind what I said.” For what it’s worth I do too. (I will consider running a line of these special tshirts if enough interest is shown).

So a lesson from the Grand Duchy’s long-serving minister and the Bannon debate: let them speak but shut them down when the lies and hate start to bubble over.

Swearing adds a bit of colour too.

EU competition boss Maggie Vestager is in fine form, yesterday she announced an inquest into some German carmakers, then she revealed Ireland had collected all of its Apple money and now she’s ruled Luxembourg innocent of any dodgy dealings with McDonald’s.

Europe’s drug industry has hit back at claims that it’s been involved with tax-dodging and Vestager’s anti-trust hotshots will decide next month if Microsoft’s buyout of GitHub was legal or not.

Hopes of upping the EU’s emissions cut pledge won’t find any friends among the business lobby, while Germany is moving forward with plans to build a gas import terminal as a “gesture” to Donald Trump.

Head of the EESC Luca Jahier wants the next long-term budget to be more ambitious and there are calls for the Visegrad countries to be given special consideration when the numbers are crunched.

Ever wondered how recycling actually works or how people actually make money out of it? Read our feature here to learn more about it.

The informal summit action in Salzburg continues and Juncker will be in the Alpine Republic to talk all things migration, internal security and Brexit.

One response to “The Brief – Asselborn to be wild”