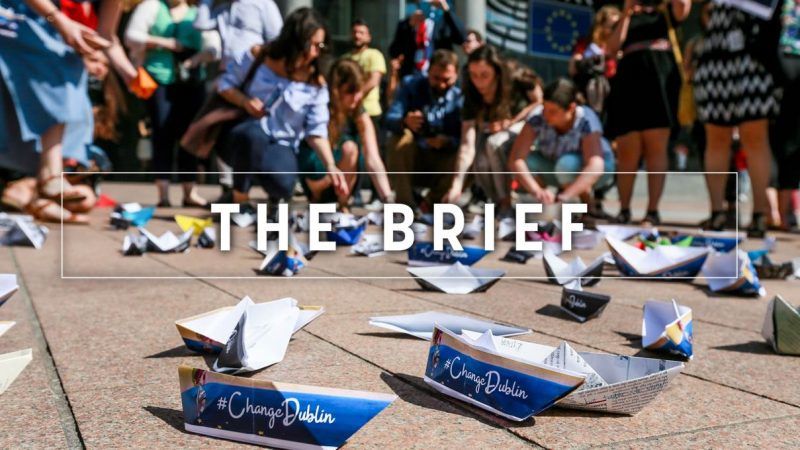 The political mandate that will follow next May’s European elections should be an opportunity to continue opening up the political space for citizens’ engagement, so that democracy is not limited to voting and politics can spread well beyond the parties’ walls.

The EU is often described as an elitist project whose legitimacy rests solely on its results. Citizens were ready to give up their say, trusting the European mandarins in exchange for peace and prosperity.

But this transactional politics came to an end with the financial crisis.

The legacy of the worst recession since the Union was forged was not only a generation doomed to live worse off than their parents, but a sense of togetherness reduced to its bare minimum.

From migration to the economic and monetary union, member states were ready to give only depending on what they got in return on each issue, incapable of seeing the bigger picture of the strength of the union.

In the aftermath of the crisis, efforts to bolster the bloc’s economic resilience were seen in many quarters as a burden for the member states, emphasising the alleged neoliberalist spirit of the project.

In order to fix the crisis of values in Europe and bring unity and solidarity together again, European decision-makers should think twice about how they conceive politics and democracy.

As you may have already read in various Briefs, your author believes that we are social animals frequently led by emotions. But the process to domesticate the political beast roaring inside all of us is not by suffocating it. It is rather by letting it breathe, by opening up the space to participate and decide on basic issues affecting all of us.

In a recent interview, Romano Prodi said there is “nothing that diminishes power to the people more than the so-called power for the people”.

But limiting democracy to the ballot box only backfires, as the former Italian prime minister and Commission president should know. Italy is now ruled by a populist and far-right coalition, and less than a half of Italians support EU membership.

But more fundamentally, our engagement is critical to develop who we are through the moral choices we make.

Examples abound of how to open old institutions and come up with new formulas.

From less demanding formulas like public consultations to social audits or participatory budgets. Some successful examples of tapping into collective intelligence have been gathered by Jeremy Heimans and Henry Timms, both true champions of citizens’ participation.

Political philosopher Michael Sandel has warned that “the hollowing out of the public realm makes it difficult to cultivate the solidarity and sense of community on which democratic citizenship depends.”

If we want to rebuild the European solidarity, we should start by involving the Europeans in the process. Europe is proud to say that we are united in diversity. But diversity is an asset only if we make use of it.

As a result, our states will need to empower us with strong social safety nets and excellent education systems, but also to reconstruct the infrastructure of civic life.

Many of us continue to believe that our progress is deeply interlinked with achieving a stronger Europe. But a deeper union will only be possible through meaningful participation of students, professionals, taxpayers, consumers, parents or seniors.

Robert Kennedy once said that GDP measures everything “except that which makes life worthwhile”, and everything about America “except why we are proud that we are Americans”.

Some examples of citizens’ involvement have highlighted what makes life worthwhile beyond the ballot box.

It is time to further open up the common space, our political space, so we can act as proud Europeans.

A new political alliance of sorts continues to take shape ahead of May’s EU elections: Social Democrats, Greens and the leftist GUE/NGL groups all shared the same platform to mull over a common strategy.

EPP lead-candidate Manfred Weber continues to cut a silent figure over the Macedonian name deal (yes it is still a thing).

Belgium’s ageing nuclear reactors were given an extra decade-long licence recently but the government may have breached EU rules in doing so, one of the EU’s top judges has concluded.

COP24 kicks off next week in Poland but next year’s edition, which was supposed to be hosted by Brazil, is in the hunt for a new home, after the country’s far-right president-elect trashed the plans.

CO2 emissions are climbing once again, after three years of decline, according to the UN. Talks at EU level on agreeing how to curb CO2 emissions from cars have stalled and may struggle to cross the finishing line during Austria’s presidency of the EU.

High-level Bulgarian officials are allegedly responsible for a scheme that has seen EU passports illegally sold to foreigners. The whistleblower has now agreed to publish the documents that corroborate her story.

EU capitals wasted no time in agreeing on a common approach to platform-to-business regulation, showing up their MEP counterparts, who are still split over the issue.

Mental health issues cost EU countries over €600bn, according to the OECD, although it still remains somewhat of a taboo subject in some countries.

Brexit parliamentary scrutiny has begun and PM Theresa May has kicked off the way she probably intends to go on: misunderstanding how free movement works and generally fumbling her way through the whole affair.

Tomorrow is the last day when you can still have your say on the performance of Juncker’s commission and the priorities of the next one. Fill in the #ECscoreboard here.

The gilet jaunes or yellow vest protesters will assemble in Brussels tomorrow around midday, where they’ll march from Cinquantenaire towards the Belgian parliament. The G20 will also kick-off in Buenos Aires.