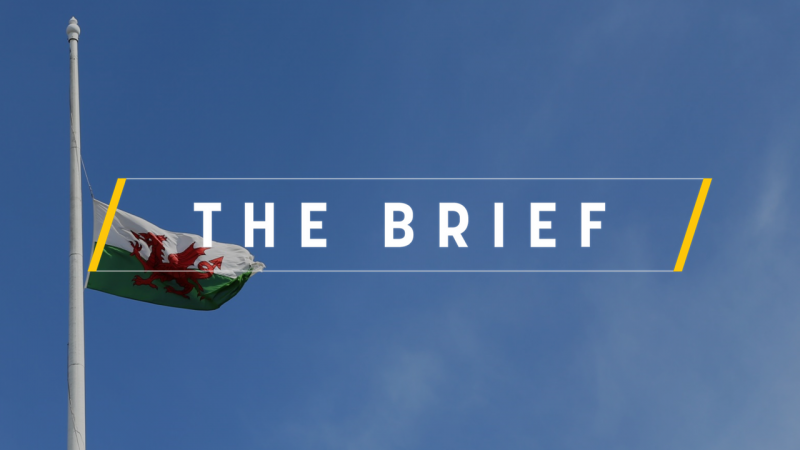 All three of the United Kingdom’s devolved parliaments – in Belfast, Cardiff and Edinburgh – have refused to approve Boris Johnson’s Brexit deal. But their protests will fall on deaf ears, as London has made clear that their worries are of little importance.

Each of the UK’s devolved legislatures has a say over whether the EU Withdrawal Agreement should be adopted or not. Welsh lawmakers today agreed to follow their Scottish and Northern Irish counterparts in saying they cannot support the text.

Johnson’s decisions to strip away parliamentary oversight of the next round of negotiations and to rule out an extension to the transition period were among the varied reasons the three assemblies turned their noses up at the bill.

That should mean that the Brexit process will once again stop dead in its tracks, given that lawmakers representing more than 10 million people will have voted against the exit deal…

Before members of the Welsh Parliament even met to vote today they were told by Johnson’s Brexit minister, Steve Barclay, that Westminster intended to disregard the pending ‘no’ vote, citing the “exceptional” situation presented by Brexit.

The UK government is required to seek the assent of the devolved bodies when it concerns legislative power that falls under their mandates, which Brexit clearly does, but London still retains the legal right to essentially ignore what they say.

But former Prime Minister Gordon Brown, a Scot, hit the nail on the head when he warned during a TV interview that the UK “may at some point soon be over” if the Celtic nations feel that they do not have a voice in Westminster.

Scotland is obviously further along its journey of disenfranchisement from London, as the hangover from 2014’s failed independence referendum refuses to go away and has been intensified by Brexit, so it will probably act as a test case for the other two nations.

It stands to reason that the feeling of abandonment by remote lawmakers which contributed to the Brexit vote in the first place could threaten similar havoc to the integrity of the UK.

Johnson last week refused to approve a fresh indy ballot, giving First Minister Nicola Sturgeon more ammo in her fight to lead the Scots out of the UK and, eventually she hopes, back into the EU. If she wins big in elections next year, anything is possible.

But in Wales, it is far less black and white.

Scotland voted clearly to remain in the EU while the Welsh narrowly decided to leave. The waters were muddied further in May, when pro-EU parties secured a majority of votes in the European elections. While Boris Johnson’s Tories swept the board in England in December’s general election, they only won a handful of seats in Scotland and Wales.

If the Tory government reverses a centuries-long trend of neglecting Wales, maybe the worst impacts of leaving the EU will indeed be mitigated. The planned Soviet-sounding ‘Shared Prosperity Fund’ might help redevelop what are some of the poorest regions in Europe.

But a mile-long list of cancelled large-scale projects and lack of appetite to give Cardiff more power speak to the opposite. Johnson’s government does not rely on Welsh votes so why would a status quo that has suited London so well for so long change anytime soon?

Welsh independence is an unlikely far-off prospect but if Scotland heads to the door and the lack of EU money starts to bite hard, the argument for more delegated power will at least become stronger.

An interesting and, to most Europeans, bizarre fact is that England does not have its own parliament, despite public opinion regularly falling on the side of setting one up. But if everyone else is driven away, Westminster could end up representing just that country.

Some “tentative signs of stabilisation” are appearing in the global economy, despite the fact that the EU-US trade dispute represents a risk to global output, the IMF warned.

EU foreign minister decided to revive a revamped version of ‘Operation Sophia’ to enforce a potential cease-fire in Libya and a UN arms embargo against the country’s warring parties.

The Visegrad countries will need some time to close the ditches they have dug in recent years, Foreign Minister Tomáš Petříček told EURACTIV.cz in an interview.

The Croatian EU Presidency praised Kazakhstan for its initiative to host a ministerial conference of the World Trade Organisation at a time when the world trade body is facing a deep crisis.

Once the UK leaves the EU on 31 January, new MEPs will be taking up seats in the European Parliament. Due to its growing population, France will obtain five of 27 new seats.

The EU’s internal market commissioner, Thierry Breton, suggests tapping into the ECB’s “easy money” and issuing long-term bonds of up to 50 years in order to unlock the €1,000 billion needed to finance the European Green Deal.

Our coverage from the World Economic Forum in Davos, Switzerland. Throughout the week, EURACTIV gives you a glimpse into one of the world’s most exclusive conferences where political and business leaders meet every year to discuss global economic trends.