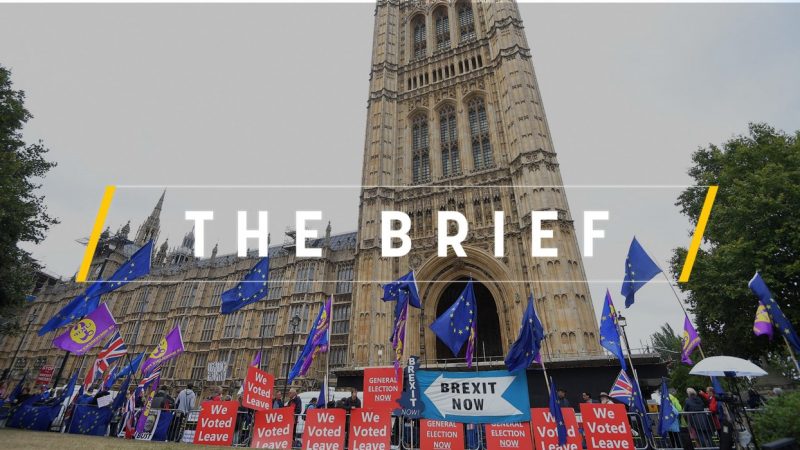 It is perhaps fitting that a Brexit process that has made a celebrity out of House of Commons Speaker John Bercow should end with a final procedural fight to the death.

The latest chapter involves a tussle over the so-called ‘meaningful vote’ on Boris Johnson’s deal and attempts by opposition parties to derail it at the eleventh hour.

But while UK lawmakers handed Johnson one more defeat on Saturday, refusing to vote on his deal and instead forcing him to request a new Brexit extension, is the picture as confused as it seems?

Starting on Tuesday, the government will try to ram the Withdrawal Agreement Bill through parliament to try to keep Johnson’s promise of Brexit on 31 October, after Bercow refused a vote on the same deal the Tories wanted to hold today.

For their part, opposition forces will seek to tack on amendments such a Labour’s policy of staying in the EU’s customs union or making support for the deal conditional on a confirmatory referendum.

So what will come out of the organ-grinder in the end?

If certainty is impossible, what can be said with confidence is that the 31 October deadline will be missed. The bill will certainly be amended by lawmakers in the House of Lords.

Last week, MP Dominic Grieve told EURACTIV that the process of passing the bill would take weeks and months rather than days. The European Parliament’s Brexit Steering group recommended today that MEPs should not vote until the deal has been ratified in London.

That leaves EU leaders responsible for deciding whether to give the UK a bit more time.

Although the talk ahead of last week’s EU summit was that France would oppose any new extension, this seems highly unlikely.

The deadlock in Westminster appears to be less sturdy than it was in March or April. This time, several Labour MPs who said that they wanted to support a Brexit deal have signalled their intention to back the agreement.

The government is far more confident than Theresa May’s team ever were that it has the votes to get the deal signed over the line. That being the case, it is just a question of time before the deal is done.

In the meantime, it is still doubtful that the numbers to support a new referendum can be found. Pro-Remain forces are running out of road.

Barring another twist in that avenue, the most likely scenario is that EU leaders will agree to some kind of technical extension that allows Westminster to pass the Withdrawal Agreement, and the UK will leave the EU at some point between November and January.

So is Brexit nearly over? Definitely maybe.

A European Parliament vote on the Brexit deal is cancelled. Negotiators advised MEPs to assess it only once Westminster has fully ratified it. An emergency session might be called.

German industry minister Peter Altmaier says there is no crisis and there will be growth in 2020. Much of that could hinge on the “teeth and muscle” of the EU’s new trade policy.

The fallout from the EU Council’s failure to open accession talks with Albania and North Macedonia continues. One MEP says Emmanuel Macron “undermines Balkan stability”. On that note, Serbia will soon sign a trade pact with the Russia-led Eurasian Union.

In Spain, chaos on the streets of Barcelona continues amid protests, while officials get ready to exhume the remains of dictator Francisco Franco.