The Brief – Eurocrats are people too 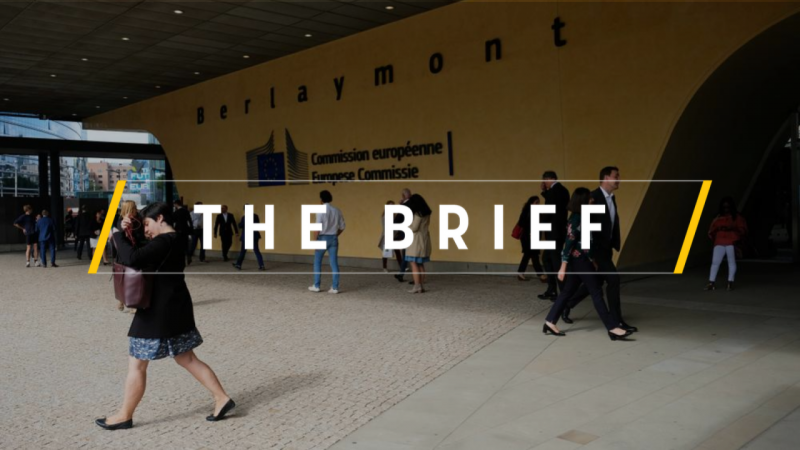 The EU is ostensibly on a green crusade at the moment, with grand proclamations and plans aimed at burnishing our environmental credentials. But it requires a huge human resources effort, which may prove more testing than the climate challenge.

Ursula von der Leyen’s Green Deal is a smorgasbord of good intentions, schemes and tweaks to existing EU rules. It will likely be the flagship policy most associated with her Commission once she leaves office, for better or for worse.

But tightening up climate targets, setting stricter emissions reduction goals and making sweeping changes to every other part of how the EU does business, in order to make it a reality, needs more than financial or political power.

It will need a huge amount of people power too.

National governments are the first to grouse when the Commission slips up and doesn’t do its homework properly, when an impact assessment misses something or a consultation period was not long enough.

MEPs and NGOs also, rightfully, call out the EU executive if it has seemingly made a decision based on bad data or if a stage of the process has been skipped or botched. The geopolitical Commission still has to be diligent, after all.

But policymaking is a drawn-out and at times exceedingly complex process. Climate-modelling, for example, is number-crunching at a level only familiar to those of us doing our own taxes in Belgium.

The Commission’s climate department, DG CLIMA, employs 220 people according to its website. When you consider that the EU executive as a whole has more than 30,000 on its payroll, you see where problems might start to crop up.

As a side-note, just remember that the UK civil service has more than 300,000 employees on its books.

Take one tangible example from the Green Deal: extending the EU’s carbon market to shipping. The Commission did an impact assessment in 2013 and officials are mostly adamant that it is still ‘certified fresh’ seven years later.

But fussy member states (or those with an agenda) want a new audit, which CLIMA sources say could push its implementation back by months or even years (incidentally, that might precisely be what those member states want).

It would also delay other work in progress. Delays will have costs.

The EU’s green quest is denuded if the rest of the world does not start to follow suit and a UN climate summit in November is seen as the main shop window to sell our shiny environmental wares. Turning up empty-handed is not an option.

We are also told by the best climate scientists that speed is key to avoiding the worst effects of global warming, so are these kinds of HR-based delays acceptable?

The Commission, as well as the rest of the EU institutions, are all staffed by human beings. It is an important albeit simple fact to remember when critiquing the speed and effectiveness of policies.

EU officials are not precluded from scrutiny because of their humanity. It’s just something to bear in mind.

The UK’s Brexit talks chief, David Frost, has set the tone of the upcoming negotiations by insisting that the whole point of leaving the EU is to be free of the bloc’s rules and regulations.

A fresh set of negotiating principles were published today. One of the most eye-catching was a Greece-led addition that will broach the subject of returning cultural items that were stolen, a clear reference to the divisive Elgin marbles.

Elsewhere, NGOs called for children to be given more space to air their worries and grievances. The upcoming Future of Europe conferences could be the right forum.

The EU’s blacklist of tax havens swelled by four, as Panama, Palau and others were added to the naughty step.

Where does Germany rank in the list of countries that are subject of EU legal action? Check out this fact-check of where the Bundesrepublik has “allegedly) been up to no good.

It’s Tuesday, so it’s Transport Brief time! This week there’s plenty of news on mergers, new initiatives and the infamous “this is not the Brexit I voted for”. And how does oil factor into the EU’s attempts to green transport? Quite heavily, it turns out.

Miss this Twitter spat yesterday? There was a bit of confusion about whether Ursula von der Leyen walked or was driven 30 m across the street to the Charlemagne building. The Commission’s crack spokesperson division mobilised to quash the rumours.

And just a shout out to the Berlaymont’s security staff, who are always polite and diligent. The new addition of a press-only queue is also a welcome gesture.