The Brief – Europe in a coma 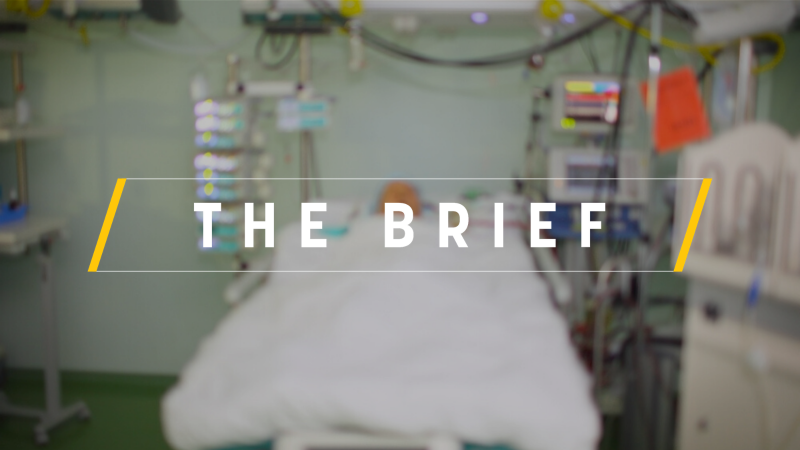 We know (now), it’s serious. After having underestimated the threat for a long while, European governments have put the bloc’s economy in an induced coma to halt the dramatic spread of the virus.

After an initial first phase of denial, decision-takers on the global stage have begun to realise that there was a problem and that a real and worrying one at that.

However, they are repeating the initial denial stage, if they think that if we can just get business up and running again as if nothing had happened, they’ll pull the continent off life support.

They should start considering, instead, rethinking or reconsidering their big policies.

The European Commission appears not to follow this line, as it has just put on hold some of their already planned proposals, the new EU food policy and the Biodiversity strategy.

Both strategies have been pushed back at least by another month. But who’s to say that the continent will be the same, after one month of being in a coma?

Is it still worth insisting on the priorities set out in a pre-coronavirus world?

The words of Italy’s Special Commissioner for the COVID-19 emergency, Domenico Arcuri, have passed unnoticed this week. He spoke about the need to put in place a “wartime economy” to avoid a meltdown.

“Like in wartime, we must produce what we need and we are reconverting production systems and reimporting industries that are now located elsewhere,” he said.

This is something inconceivable in time of peace. And yet, the Commission approved a temporary framework for state aid approval and proposed the unprecedented suspension of EU’s fiscal rules.

The entire structure of the Green Deal, the EU’s new flagship policy, could look outdated and incapable of addressing the priorities in the new world after COVID-19.

An overall rethink of the things to be done is needed to manage also the rehabilitation phase, not just the emergency phase.

Also because rehabbing may be long and difficult.

This reporter discussed this with Dr Fabio Santacaterina, a professor in Physiotherapy at the Biomedical Campus University of Rome.

“A patient treated in a comatose state receives a series of stimuli given one at a time and not all at once, so as not to confuse him further,” he said.

In fact, when he is in a coma, it is better to stimulate him from the sound, visual and tactile point of view, but selecting the different stimuli in order to avoid sensory overlap.

Physiotherapy becomes more intense because one who comes out of a coma can, in the beginning, be very aggressive, as he cannot orient himself and doesn’t even have the strength to breathe.

Then you progressively start physical therapy. First in bed, then gradually regaining the sitting position, upright, and then attempting to walk.

If one had planned to run a marathon, but in the meantime fell into a coma, it seems quite unthinkable that they would be able to pull it off.

After the induced coma, Europe’s economy will face, more or less, the same kind of rehabilitation programme and it cannot do the exact same thing as before.

The European Commission proposed for the first time on Friday the activation of the general escape clause that would ‘pause’ the adjustments member states have to do to meet their fiscal targets and allow them to spend “as much as they need”.

It would be “historic” to find a vaccine that can be distributed to all countries in 18 months to defeat the coronavirus, a high-ranking researcher at the World Health Organisation told EURACTIV’s partner EFE.

After Poland closed its borders to slow down coronavirus spread, agriculture unionists are demanding that the government allow Ukrainians to remain in the country and help to keep agri-food production going.

The European Council agreed on Friday to waive EU ‘use it or lose it’ rules that obligate airlines to fulfil at least 80% of their airport take-off and landing slots in a calendar year. The member states want the rules put on ice longer than the Commission suggested.

Africa remains the continent least affected by the virus. Still, a raft of African governments were quick to impose travel bans on airlines carrying passengers from Europe last week.

A large majority of members states failed to introduce by 10 January public registers to reveal the true owners of all companies based in their countries, as part of the fight against money laundering, a report published on Friday revealed.

After receiving classified briefings about the coronavirus, some US Senators sold off stocks and then downplayed the virus’ risk to the public. Public outrage is high and calls for resignations are mounting.

3 responses to “The Brief – Europe in a coma”