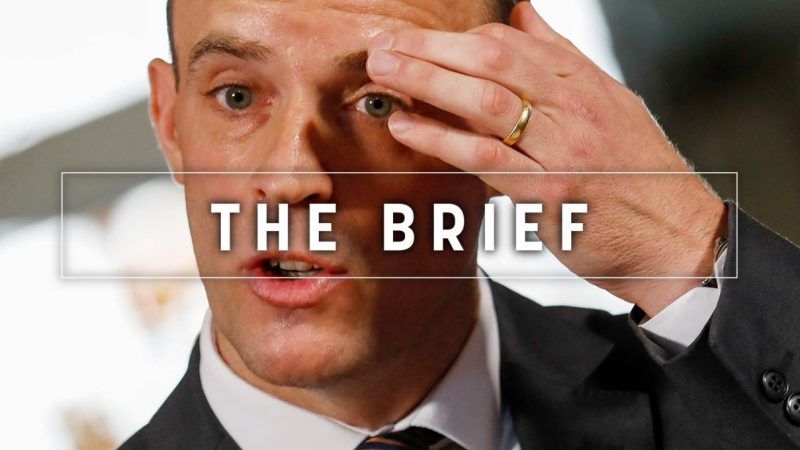 Anyone hoping that a summer break and some time at the beach would cure the UK of its virulent bout of Brexit madness is in for a disappointment. The illness continues to resist all forms of treatment, only the clock is now ticking in earnest.

One simple narrative that continues to define the exit talks, even after the UK switched out its lead negotiator, is that the EU is wilfully sabotaging the negotiations.

This is the latest strategy that is being used to stitch together the Brexit monster, so the Leave Frankensteins can animate their creation next year.

Although ‘will of the people’ continues to be the main glue, the prospect of a second vote is the pitchfork-wielding villagers getting closer to the castle gates.

Brexit was a unilateral decision on the part of the UK government, hand-delivered to European Council boss Donald Tusk on 29 March, yet Brussels is still accused of not playing ball, despite outlining all of its red lines what seems like decades ago.

Michel Barnier’s new UK counterpart, Dominic Raab (pictured), has already shown his failure to grasp what the EU is about by urging the bloc to be “innovative” and “meet the UK halfway”, despite the strict rules-based nature of everything that Brussels does.

The slow slide towards a no-deal scenario, the grim prospect of which was not exactly soothed by the release of Number 10’s contingency plans last week, is therefore the EU’s fault. Who else could possibly be to blame?

This is how hard-line Brexiteers in government and the public-eye want to preserve support for their project: Faced with the prospect of emergency motorway toilets, food stockpiling, grounded planes and a crippled economy, shift the blame.

They have already put down some solid foundations by claiming that the benefits of Brexit could take anywhere between 15 and 50 years to materialise, safely ensuring that many of us will be gone from this world before that self-imposed statute of limitations expires.

But that also means a few decades of Remainers saying ‘I told you so’, so what better way to absolve oneself completely and immediately than to engineer it so that leaving was never going to be a success, all because of the EU.

Anyone with an eye on wielding political power through the next decade will be frantically trying to convince as many voters as possible that Brexit was the great hope of the UK but that it was cruelly cut down by Eurocrats before it could spread its wings.

After all, revoking Article 50 and fessing up to what has been a gigantic waste of time and resources will not be happening, despite, frankly, being the most logical course of action now.

So when Brexit does knock 10% off of GDP, when it hammers a final nail in the coffin of the poor NHS and when it relegates the UK down the list of powerful nations, the excuses will be all lined up.

It’ll be the vengeful EU’s fault for not being innovative enough and the treacherous Remainiacs for moaning and not helping make the best of Brexit. Not the sheer lunacy of the idea and the ineptitude of its execution.

If you feel there’s nothing you can do, here’s just a reminder that a new EU Citizens’ Initiative, aimed at making citizenship a permanent right, has launched and is open for signatures.

With nine months to go before the European Parliament elections, French President Emmanuel Macron renewed his plea for a more integrated EU, against a global wave of nationalism.

German Chancellor Angela Merkel is also upping the pace: after a three-day tour to the South Caucasus, Merkel once nicknamed the “climate chancellor” has spoken out against setting more ambitious EU targets but suggested Germany is ready to ‘take more responsibility’ in European defence policy.

As forecasts predict an economic slump for the UK leaving the EU, one question still remains unanswered: could the ‘Norwegian model’ be working for a post-Brexit Britain?

In Germany, Sahra Wagenknecht, group leader of The Left party in the German Bundestag, has founded a New Leftist collective movement.

Amid fears return that any redrawing of Balkan borders might reignite feuds in the volatile region, the Commission is encouraging border ‘corrections’ to settle Kosovo-Serbia relations.

With less than four week to go until the EU summit in Salzburg, the Austrian EU Presidency is entering crunch mode. The alpine republic’s president has warned against “small-state mentality”.

Although the 150 migrants stranded a rescue ship were allowed to disembark, Italy’s firebrand interior minister engaged in more vilification of the EU.

In the wake of attempts to save its nuclear deal, Iran is awaiting European guarantees on the sale of Iranian oil and banking relations. Meanwhile, Washington is pressing the EU to speed up trade negotiations.

The summer hiatus really left a creative mark on the Brussels city authorities: 28 streets, alleys, squares and walkways will be renamed to pay tribute to René Magritte and Belgian food treats.