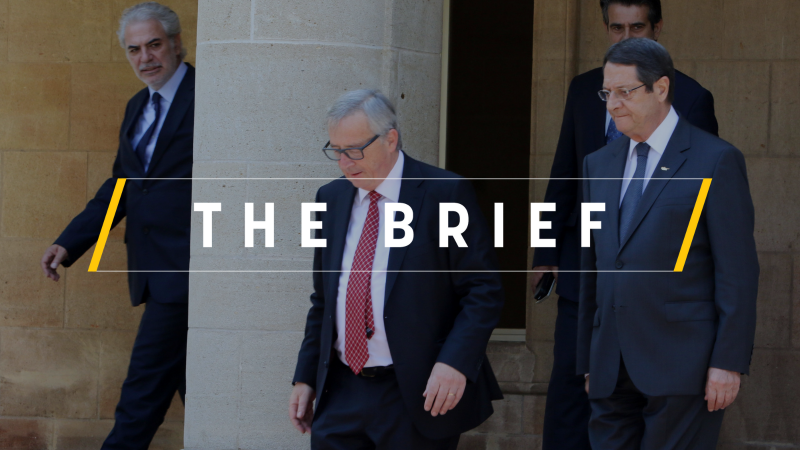 The moral of the following story is that even in Brussels, you can get easily burnt if you stick  to the EU rules and forget where you came from.

The latest to find this out appears to have been Cyprus’ outgoing Commissioner, Christos Stylianides. The European Commission’s pressure on member states to crack down on schemes granting “golden visas and passports” to foreign investors seems to have prevented him from running for another term as a Commissioner.

Stylianides is a centre-right politician (EPP) currently serving as the European Commissioner for Humanitarian Aid and Crisis Management. EURACTIV has learnt that he had asked the Cypriot President (EPP) to renew his mandate in the next European Commission, but his request was rejected.

Instead, the centre-right Cypriot government has nominated Stella Kyriakides, who will most probably get the health portfolio.

According to our sources, one of the reasons why Stylianides was turned down is that he did not manage to keep the issue of golden visas on the backburner, or even off the Commission’s agenda entirely.

The EU was not happy with some member states, such as Bulgaria, Cyprus and Malta, which sell citizenship or residence to wealthy individuals who are ready to invest in the countries. The Commission warned such practices could lead to money laundering, corruption and tax evasion.

The situation in Bulgaria proved to be even worse as Bulgarian prosecutors said last October they had broken up a scam run by state officials which had enabled thousands of foreigners to obtain Bulgarian passports for cash — and with them visa-free travel across the EU.

When President Anastasiades asked Stylianides why the golden passport issue was pushed forward in the EU executive, Stylianides replied that he’s an EU Commissioner and is therefore not in charge of the national interests.

That was a great answer, but Anastasiades didn’t like it.

In a tit-for-tat, when Stylanides later asked for Anastasiades’ support to be nominated for the Commission job again, the Cypriot President advised him to seek backing directly from Brussels.

Asked for a comment, European Commission sources told EURACTIV.com: “Commissioner Stylianides, acting institutionally, does not wish to comment at this time. Until the end of this Commission’s mandate, he remains committed to his duties and to the completion of his work.”

In theory, the loyalty of Commissioners should lie with the common good of the entire EU. But in practice, that is not always the case and such a noble attitude is not exactly welcomed by the member states.

And the lesson learned is that the capitals are powerful enough to punish it.

Berlaymont HQ confirmed the draft list of Commissioners today, putting paid to a lot of speculation about who would be on Ursula von der Leyen’s team sheet.

No big changes to what has already been established by official national appointments and statements from the candidates themselves, other than Romania’s Rovana Plumb getting the nod for now. It means the college will be a male/female split of 14 to 13.

Von der Leyen will present her team tomorrow at noon, along with the jobs she has offered the 27 candidates. MEPs will then have their say on individual appointments ahead of a vote on the Commission as a whole.

The UK will not have a functioning parliament as of tonight, when Boris Johnson’s decision to prorogue the assembly takes effect. It will return to business on 14 October.

Johnson will be legally bound to seek an extension of the Halloween Brexit deadline if no agreement is struck before 19 October. His party colleagues are already urging him to break the law and not ask for one.

Thanks to resignations and new appointments, Johnson’s cabinet is now predominantly made up of ministers who voted against same-sex marriage.

The EU’s triple-A rated lender the EIB might ditch fossil fuels from its loan books. But its shareholders are divided and the Commission could push them to keep funding for gas. A new report shows that there is no coherent strategy elsewhere to phase out dirty energy subsidies.

In global news, Iran slammed Europe for its part in the unravelling of the nuclear deal, Georgia got a new PM and Russia swapped prisoners with Ukraine.

Beatles drummer Ringo Starr also shared his thoughts on Brexit, saying it was a great decision to vote to leave. The clip has already prompted ‘not even the best drummer in the Beatles’ jokes and scorn from Europe’s socialists.