The Brief – How to lose friends and influence no one 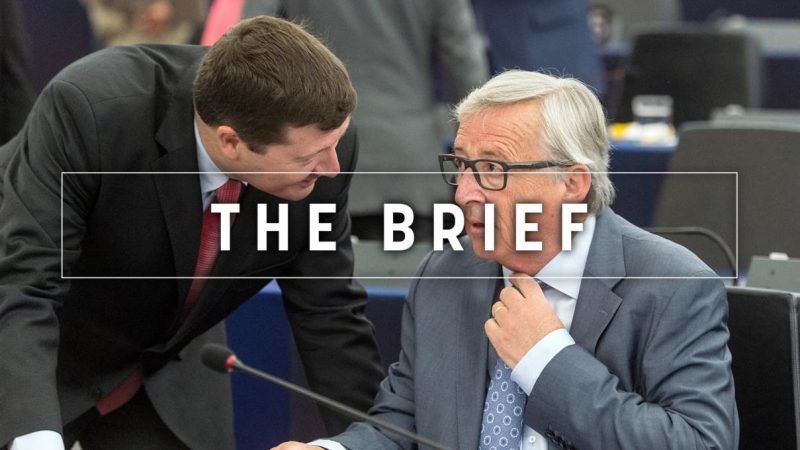 Curvy cucumbers, Turkey in the EU, uncontrolled migration: all debunked lies exploited by the pro-Brexit campaign. But there’s one aspect of the EU that Leavers could’ve legitimately painted on the side of their bus. And it reared its monstrous head again today.

The Martin Selmayr scandal hardly paints the European Commission, plus the rest of the EU, in a particularly flattering light. Today, the European Ombudsman reiterated that his appointment as Secretary-General of the Commission was against EU law.

It crystallises all those accusations levied at the EU over the years when it comes to being a ‘gravy train’ or a bastion of ‘unelected bureaucrats’.

Just a reminder: Selmayr was fast-tracked into the Sec-Gen job (which is not tied to the current Commission and is, essentially, a job for life) and serious concerns were raised about how Juncker et al went about it. The independent Ombudsman says it “did not follow EU law”.

Juncker and his allies may have opened a Pandora’s Box here because the EU purports to be a rules-based entity. That was the line during the Brexit talks and that’s the line when talking to Hungary, Poland and Romania. Break the rules and you’re outta here.

The impact is far-reaching and will affect the European elections. Frans Timmermans, who wants to succeed Juncker, bases his campaign largely on his image as the rule of law paladin. As he is one of the Commissioners who did not vote against Selmayr’s anointment, the accusations of hypocrisy are sure to follow.

To everyone willing to look and see, it is clear that the EU is limited in what it can do to punish offenders. Sanctions take an age to broker and the infamous Article 7 ‘nuclear option’ is a lame duck in that it needs a unanimous decision.

Still, flagrantly breaking your own rules undermines what is already a delicately balanced monolith.

At a micro level, why should other Commission departments hold free and fair hiring processes for top jobs, when the Berlaymont doesn’t? On the global scale, why should other countries follow the EU in sticking to the Paris Agreement on climate change?

The ripple effect means that this isn’t just about some German guy getting a cushy job at the Commission. It risks cracking the foundations of the EU itself.

Habemus Eurozone reform (kind of)! After an exhausting 18 hour-negotiation that run into the early hours, finance ministers agreed on a backstop to support the fund to resolve failing banks. However, they struggled for a true eurozone reform deal.

Meanwhile, the Council’s progress in the field of digital tax has been complicated by an attempt from France and Germany to revise the levy to only apply to revenues sourced from online advertising.

This is for sure the happiest you have seen Eurogroup’s Mario Draghi in months. You’re welcome.

In a lash-out towards international institutions and “those bureaucrats here in Brussels”, US Secretary of State Pompeo called for ‘principled realism’ and a new liberal world order while in town. Some took it quite personal.

The UK could halt Brexit unilaterally if the country decides to revoke Article 50 and remain in the EU, the European Court of Justice’s top legal adviser says. Meanwhile, British MPs begin 5-day historic Brexit deal debate before next week’s vote.

And as the Brexit metaphors keep coming our way, fishy issues remain at centre of French Brexit concerns.

Several months before the European elections, the UK’s attempt to leave has unleashed long-standing problems in the EU, a Bulgarian MEP says.

Another MEP finds strong words against the state of play in European debates: Politics has become more aggressive – and social networks are to blame.

After a hot night in Paris, the French government is prepared to back down on carbon tax, which has been criticised by the ‘yellow vests’ since the movement started a month ago.

Nowadays, the success of criminal investigations is increasingly reliant on the ability of law enforcement to obtain electronic evidence.

Faced with the opposition of member states from the Visegrad group, the Juncker Commission made it plain that it has given up on one of its declared goals.

Azerbaijan, a supporter of multilateralism and international cooperation, will chair the Non-Aligned Movement in 2019-2022, with international peace and security as the top priority issues.

Boosting electricity exchanges between EU countries has become a flagship objective of the reform. The Nordics now balk at EU plan to limit cross-border electricity trade.

Curious how EU leaders use Instagram and Co.? Just the same as millennials, it appears from this study.

Remember to enter our caption contest! There’s plenty of competition already, from MEPs to the hacks of Brussels. We know you can come up with the goods though.